“Our continued store growth suggests that the convenience and fuel retailing industry’s core offer of convenience continues to resonate with customers,” said Chris Rapanick, director of business development at NACS, in a statement. “Convenience stores are the destination of choice for the 160 million customers who frequent their community convenience store each day to refresh and refuel, whether it’s to grab a quick snack and a beverage, or a fresh-prepared meal.”

2017 also was a record-breaking year for in-store sales. In the channel’s 15th consecutive year of growth, in-store sales increased 1.7 percent to $237 billion, NACS reports. Foodservice sales, which make up 69 percent of category sales and profits, totaled $53.3 billion, marking a 22.5 percent increase compared with 2016. 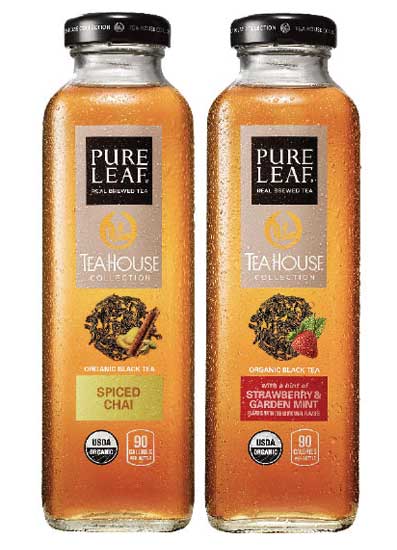 Sales of ready-to-drink teas increased 3.5 percent in 2017, according to NACS data. (Image courtesy of The Pepsi Lipton Tea Partnership)

Beverage offerings tend to be a major factor in a store’s success. “Beverages drive convenience store sales,” NACS’ Lenard says. “Nearly half of all convenience store customers say that their primary reason to go into the convenience store is to purchase a beverage. Most of these purchase decisions are premeditated and are made before arriving at the store. Only 7.3 percent of customers decide to purchase a drink while they are inside a store, according to data from the NACS Convenience Tracking Program.” NACS also found that coffee sales at top-performing stores were 5.2 times greater than sales at the bottom quarter of stores.

Plus, because beverages offer much higher profit margins than fuel, they are a must for successful stores. In line with this, convenience stores have been offering more product variety, points out Caleb Bryant, senior foodservice analyst at Chicago-based Mintel.

Irving, Texas-based 7-Eleven expanded its coffee lineup this year with two new coffee beverages. Hershey’s Gold caramelized crème cappuccino was crafted as a counterpart to the new Hershey’s Gold candy bar. The limited-edition beverage featured the rich, buttery, salty and sweet taste of its namesake candy bar, the company says. The chain also released a proprietary Cold Brew Iced Coffee in June. The beverage is slow steeped and chilled for peak smoothness and flavor, the company says. This introduction also is designed to attract millennial and Generation Z consumers, it adds. 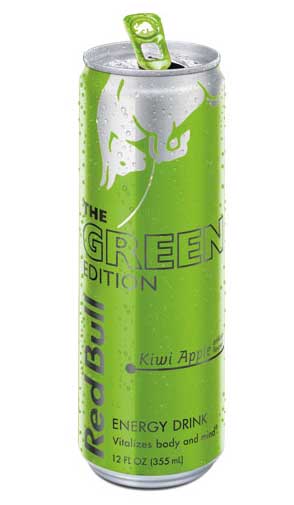 Rutter’s also encourages consumers to customize their coffees 5.2 million different ways by adding Half & Half, milk, almond milk, a variety of creamers and flavored syrups, cane sugar, other sweeteners and a variety of toppings.

In spite of this variety, only 36 percent of convenience store foodservice consumers are happy with the channel’s healthy options, points out Mintel’s Bryant. To counter this, convenience stores are working to change that image by appealing to health-conscious millennials, Chicago-based Euromonitor International reports. This trend is happening at both the individual chain and channel levels.

Mintel’s Bryant points outs that the healthy beverage trend creates a new opportunity for convenience store operators. The addition of juice bars can help attract younger, female consumers, who generally are less likely to make convenience store foodservice purchases compared with their male counterparts. Plus, 30 percent of consumers said they would be more likely to shop at convenience stores if they offered healthier food and beverage options, according to Mintel research.

At the channel level, NACS has been building new partnerships to encourage healthy trends. In May, the association expanded its efforts with the Partnership for a Healthier America (PHA) by partnering with the Alliance for a Healthier Generation and the American Beverage Association (ABA) to help consumers reduce their sugar consumption by providing them with more beverage choices.

The groups will work together on marketing, merchandising and distribution strategies to drive awareness of zero- and reduced-sugar beverages, including waters, available in convenience stores. Through 2019, NACS and the ABA will facilitate conversations among their member companies to test and learn scalable solutions that support this goal. They also will support their member companies’ efforts to drive consumer interest in healthier beverage options, including through sharing point-of-sale resources.

Although consumer and channel trends are pointing toward healthier products, consumers still grant themselves the occasional indulgence while shopping at convenience stores. Convenience stores now are carrying 46 percent more carbonated soft drinks (CSDs), and sales of cold-dispensed beverages were up 37 percent in 2017 compared with 2012, Mintel’s Bryant reports. In fact, fountain drinks were the most purchased product in the channel overall in 2017. He recommends that convenience stores advertise CSDs as a cheap indulgence for when consumers have a craving to help drive sales.

CSDs increasingly are offering the flavor variety millennials crave. Earlier this year, Atlanta-based The Coca-Cola Co. released two new Diet Coke varieties — Ginger Lime and Twisted Mango — in a bag-in-box format for fountain equipment. In addition Ginger Lime is available on Coca-Cola Freestyle machines, along with Ginger Lemon, which is exclusive to the proprietary machines. Both varieties also are available through Coca-Cola Freestyle machines in decaffeinated versions.

As a balance, convenience stores also could expand their carbonated offerings to include healthier options, Bryant suggests. “These include flavored and carbonated teas and aguas frescas that provide a similar flavor experience and level of refreshment,” he says.

Mintel predicts modest growth for cold-dispensed beverages this year at 4.6 percent and another 3.5 percent growth the following year. Overall the market research company anticipates that convenience store foodservice sales will expand 17 percent to $44.6 billion by 2022.

To continue setting records, the channel will need to ensure it offers consumers the beverage variety they crave, delivers product quality and environments on par with its competitors in the quick-service restaurant channel and provides a convenient shopping experience, Mintel states. BI