When most people hear the word “coffee,” they conjure up an image of a fragrant, piping hot cup of coffee nestled between their hands in the early morning hours. However, that image could be changing.

Although the roast and ground coffee segment makes up the largest share of the coffee category, it’s the slowest-growing segment. According to Los Angeles-based IBISWorld’s June “Coffee Production in the US” report, the segment comprises 43.1 percent of the category. Yet, Chicago-based Information Resources Inc. (IRI) reports flat sales in the ground coffee segment and a 2.4 percent decrease in ground decaffeinated coffee dollar sales for the 52 weeks ending July 15, in U.S. multi-outlets, including grocery, drug, mass merchandisers, convenience, military, and select dollar and club stores.

Furthermore, the single-cup coffee segment, which had been a top performer in the past, is experiencing a slowdown. In the 52 weeks ending July 15, the segment increased 4.3 percent in dollar sales and decreased 0.5 percent in unit sales in IRI measured channels.

Instead, ready-to-drink (RTD) coffees are stealing the show with double-digit growth, IRI data shows. This includes single- and multi-serve iced coffees, cappuccinos and cold-brew coffees. In particular, cold-brew coffee is leading the segment — and the category — with a 34.4 percent rise in dollar sales in the 52 weeks ending July 15 in IRI measured channels.

With RTD coffees leading the way, more consumers could be waking up with a cold glass of coffee rather than a hot mug. Analyzing each one of these changing segments could help to explain why.

Per capita coffee consumption has remained relatively stable during the past 10 years, according to IBISWorld’s report. The roast and ground coffee segment typically is favored by older consumers, whose consumption habits are not expected to increase much, explains Roger Dilworth, senior editor at Beverage Marketing Corporation (BMC), New York. Plus, many consumers have shifted away from roast and ground coffees and are turning to RTD and single-cup pods instead, according to Chicago-based Mintel’s July 2017 “Coffee – US” report.

These factors have led to flattening sales in the segment. Premium roast and ground coffees, however, are helping to expand the segment’s sales, experts say.

The number of people drinking gourmet coffee is at an all-time high, IBISWorld’s report states. “Per capita disposable income is anticipated to grow at an annualized rate of 1.9 percent over the five years to 2023, inciting more consumers to spend more on high-quality, gourmet coffee,” it notes.

Premium brewing methods as well as the origin of the coffee beans are of particular interest to consumers, affirms market research provider Euromonitor International, Chicago, in its February “Coffee in the US” report. However, it points out that despite the trend toward premiumization, sales of fresh coffee beans are slowing.

“This suggests that although consumers are hungry for methods which produce higher-quality coffee, for some there is a limit to the lengths they will go to in terms of labor and time-intensive brewing methods,” the report states.

The next-biggest segment of the category — single-cup coffee — also is showing signs of slowing, experts note.

“The big shift in coffee in the U.S. in recent years has been the slowdown in pod coffee,” says Matthew Barry, Euromonitor’s senior beverages analyst. “In the earlier part of the decade, this segment was absolutely exploding, but that has slowed down tremendously since. While pods are still outgrowing standard ground and instant coffee, category growth is down to just a fraction of what it once was.”

Barry attributes most of this slowdown to market maturity, as fewer new players enter this segment. However, a lack of recyclable packaging is another notable factor, he says.

“The packaging waste issue is still a huge problem and definitely is keeping people away from using pods who otherwise would,” he says.

Nevertheless, BMC’s Dilworth speculates that single-serve pods’ performance also might be decelerating because some of the novelty has worn off. This is especially true for consumers who are able to make the time to prepare a cup of coffee using a traditional coffee maker or French press, he explains.

The trade-off, however, is the convenience factor. Convenience is the reason why the single-serve pods segment still is the fastest-growing non-RTD coffee segment, Dilworth says.

Cold brew to the rescue

The highlight of the coffee category is the RTD segment.

“After years of weak performance, ready-to-drink coffee has caught fire in the U.S.” says Gary Hemphill, managing director of research at BMC.

The shift away from carbonated soft drinks is partially to thank for boosting the performance of RTD coffee, Euromonitor’s Barry notes.

“The decline of carbonated soft drinks and other high-sugar products has created a real opportunity for emergent soft drink categories,” Barry explains. “RTD coffee has done a good job in moving into some of these occasions. What’s interesting about that is that many of these occasions were previously not times when people were drinking coffee. The growth of RTD represents an absolute gain for the category in a way that pods didn’t since they were generally just displacing other brewing methods.”

Beverage-makers of all sizes are investing in the RTD coffee segment, he notes. “The rate of new product launches is just incredible,” he says.

Much of the success of the RTD coffee also is due to cold-brew coffee, BMC’s Hemphill notes.

BMC’s Dilworth agrees: “[Cold-brew coffees] have enabled entrepreneurs to enter the hard-to-crack RTD coffee space as well as gives established players a platform with which to diversify. It could be argued that RTD coffee would have decelerating growth by now if not for the emergence of the cold-brew sub-segment.” 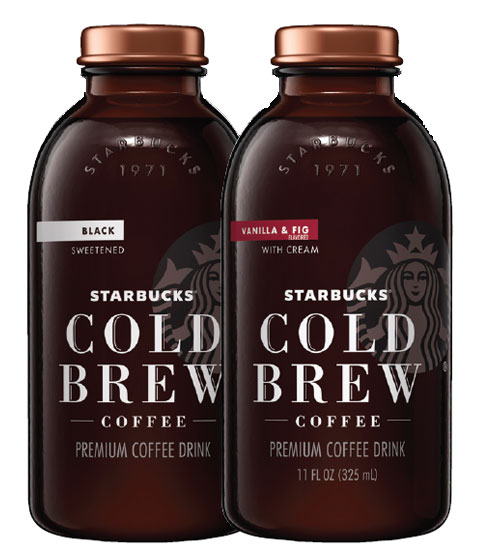 IBISWorld’s “Coffee Production in the US” report has a slightly more optimistic outlook for the category, predicting that overall coffee revenue will rise 3.8 percent to $18.7 billion in the five years to 2023, driven by more consumers buying premium coffee.

Mintel’s “Coffee – US” report suggests that by catering to millennials and iGen consumers, the category might be able to reinvigorate sales. That’s because these younger adults are more likely to be interested in trying new products and trading up to premium options, it notes.

To further appeal to these consumers, Mintel suggests introducing new products with health benefits or hybrids that capitalize on other categories. For example, merging cold-brew coffee and beer could help further expand consumption of cold coffee, it suggests. BI