More than 10 years ago, the energy drink category was revolutionized by the introduction of 5-Hour Energy shots, made by Farmington Hills, Mich.-based Living Essentials LLC. This new concept maximized the convenience factor for consumers and even created new merchandising opportunities. In the battle to compete, many manufacturers joined the energy shots segment, creating an entire sub-category.

Today, the pendulum is swinging back in the other direction — this time toward energy drinks with a healthy appeal.

Consumers drink energy shots for a quick boost of energy in a portable form, says IRI’s Vice President of Thought Leadership Susan Viamari. In the past, energy drink and shot consumers typically prioritized function over flavor; however, today’s beverages are balancing the two qualities, making energy drinks much more enjoyable to consume. As a result, the energy drinks category has become more competitive.

Function still remains the driver of the energy drinks and shots category; however, an increase in flavor variety and healthy attributes are supporting the category’s performance, experts say. 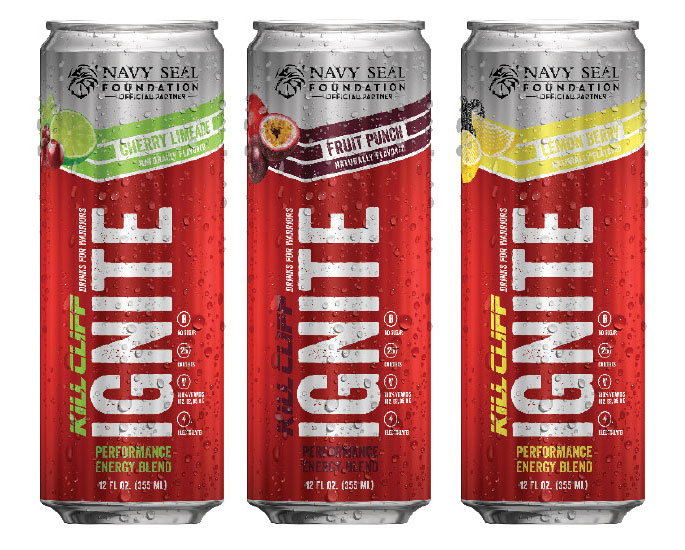 “Consumers are finally reacting to the sugar contents of energy drinks, amid growth [of] health and wellness sentiments,” says Catherine Krol, research analyst at Chicago-based Euromonitor International. “However, the functional aspects of the category are still appealing to consumers, so they have begun migrating towards the low-calorie varieties to still receive the benefits of the various B-vitamins and taurine most energy drinks offer while actually consuming less sugar.”

Bolstering these “diet” varietals are exclusive flavors, which have proven to be popular with consumers. Euromonitor’s February “Energy Drinks in the US” report notes that Monster and Red Bull, in particular, have been experimenting with flavors not available in its full-calorie lines to detract from the “diet flavor” that has disinterested many consumers. Tropical fruit flavors have proven to be predominantly popular, it adds.

Nevertheless, full-calorie flavored energy drinks also are supporting the category’s performance. For example, Red Bull The Green Edition earned $110.7 million in its first year in the convenience store channel, according to IRI’s Viamari. “It was also a Top 100 food and beverage brand, earning first-year sales of $27.6 million in IRI’s multi-outlet geography,” she adds.

“I think there’s a growing share of these small, niche, health-positioned energy drinks that can actually stand up to the largest brands in this fairly consolidated category. … It seems now that these small players are riding a health-conscious wave to sustain themselves, though at a relatively small scale. It’s expected that energy drinks incorporating healthy ingredients [such as] coconut water, guarana, green tea extract, monk fruit, etc., will continue to experience growth in the coming years, reaping benefits from a growing active population.”
— Catherine Krol, research analyst at Euromonitor International

Whether it’s a diet or full-calorie energy drink, it’s clear that consumer demand for new flavors is there, according to Chicago-based Mintel’s May “Energy Drinks US” report.

“Four in 10 energy drink/shot users are interested in trying new flavors, suggesting innovation in this area may be especially effective to build the market,” the report states.

Furthermore, natural and organic options are joining the competition against the big players, Euromonitor’s Krol says.

For instance, Atlanta-based Kill Cliff recently announced the launch of its new Ignite energy drink lineup, featuring natural green tea, ginger, ginseng, B-vitamins and electrolytes with no sugar, artificial colors or artificial flavors. This summer, Kill Cliff's full system of Ignite, Endure and Recover will be available in select retailers across the U.S., including all Hy-Vee locations.

“I think there is a growing share of these small, niche, health-positioned energy drinks that can actually stand up to the largest brands in this fairly consolidated category,” she says. “Until recently, it was difficult for energy drink brands to stand on their own when compared to the familiar branded images of Monster and Red Bull. It seems now that these small players are riding a health-conscious wave to sustain themselves, though at a relatively small scale.

More than a quarter of millennials say that natural benefits significantly influence their interest in trying new beverages, according to IRI’s 2018 New Products Survey. This is particularly true for energy drinks because the millennial generation is such an important consumer segment for the category, IRI’s Viamari says. 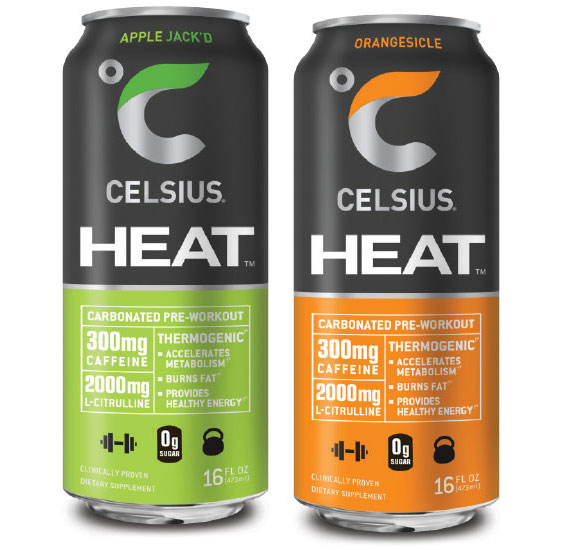 Young males remain the core energy drink consumer, but the category’s base has begun to broaden in recent years, according to BMC’s Hemphill.

In fact, Mintel’s report suggests that opportunity lies in expanding reach to other demographics.

“Closer analysis of usage patterns shows that dads stand out as particularly avid energy drink consumers,” the report states. “They are far more likely than others to turn to energy drinks regularly, with more than one in 10 drinking them multiple times per day. Indeed, when faced with the challenges — including sleep deprivation — of parenthood, energy drinks are clearly a go-to beverage for many fathers.”

Following the same logic, young mothers are another growing consumer base, according to Los Angeles, Calif.-based IBISWorld’s May “Energy Drink Production in the US” report. “Research conducted by Nielsen reveals how young, busy mothers are more likely to use energy drinks than young adults who just graduated from college,” it states.

Although new flavors and a widening consumer base present opportunities for growth for the energy drink category, it still faces strong competition from other categories, such as coffee, tea and carbonated soft drinks (CSDs), experts note. 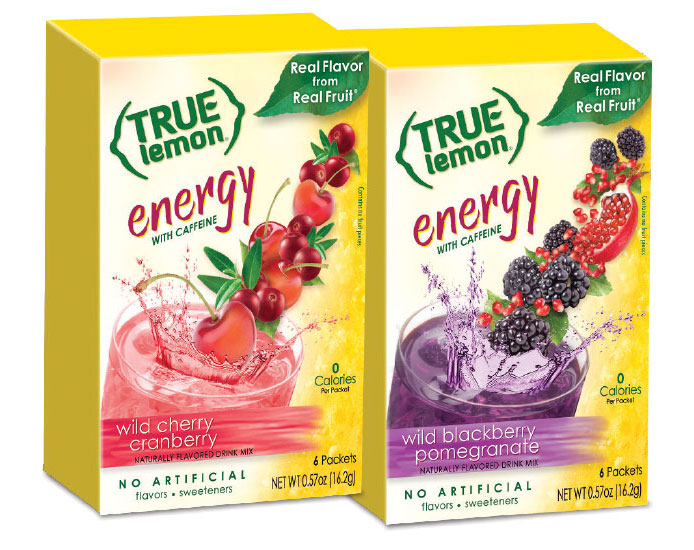 Although still a small part of the energy drinks category, energy drink mixes have experienced double-digit growth in multi-outlets, according to IRI. (Images courtesy of True Citrus)

More than half of consumers use coffee for energy, while fewer than half use tea or CSDs for energy, according to Mintel’s report. This underscores the highly competitive landscape that energy drinks and shots are facing, it explains.

“While soda consumption is anticipated to decline further over the next five years, driven by growing health concerns, coffee consumption is forecast to grow, limiting demand for energy drinks,” IBISWorld’s report states.

To counteract this challenge, many beverage manufacturers are producing hybrid beverages with a coffee flavor.

“As more producers successfully launch coffee-energy hybrid beverages, some coffee drinkers are expected to transition to energy drinks over the next five years,” IBISWorld’s report notes.

However, many hybrid energy drinks are entering the marketplace with a goal of appealing to more than just coffee drinkers. By blending the energy function with any other beverage categories, beverage-makers can appeal to a wide range of consumer needs, the report explains.

“Hybrid beverages are adding complexity to the category, even within the energy drinks market, as many new energy drinks have hybrid qualities as they integrate coffee, juice, protein, botanicals and other enhancements,” Mintel’s report states.

Experts expect to see a multitude of flavor and health trends amplified in the coming years.

“Health and wellness is going to catch up with the category as the presence of energy waters and other functional beverages such as [ready-to-drink] (RTD) coffees continue to innovate through a healthy positioning,” Euromonitor’s Krol says. “In the future, there may be a natural extension of the positioning of energy drinks towards offering other kinds of functional ingredients, such as probiotics, protein and even supplements such as L-theanine/L-tyrosine. However, this part of the category is still very small and niche, and it’s to be seen if consumers will catch on to this as a trend.”

IRI’s Viamari adds that the energy drinks category remains well-positioned for growth thanks to consumer interest in its function and convenience factors.

“To tap into this opportunity, [consumer packaged goods] (CPGs) and retailers must stay in lock-step with key trends, such as natural ingredients, exciting and unexpected flavors/flavor combinations, and value,” she says. “CPGs must also look to adjacent categories for inspiration — consider carbonation, free-from, protein/vitamin/mineral enhanced, etc.”

In terms of numbers, BMC’s Hemphill projects the energy drink category will grow in the mid-single digits in the years ahead.

To regain traction in the energy shots segment, Mintel suggests beverage-makers call out their functional benefits.

“[Energy shots] are widely used to fuel workouts, get mental clarity, cure a hangover or get something done,” Mintel’s “Energy Drinks US” report states. “Highlighting the no-nonsense, performance focus of shots, as well as their portability, may help bolster sales in this segment. Further, shots should be actively promoted at gyms, sports centers and for athletic events (marathons and other races), at nightclubs, and also at retailers near college campuses, at which they could be promoted for exam preparation or post-party self-care.” BI