Since the craft beer movement began in the 1980s, the craft brewing industry has exponentially grown. Today more than 6,300 small and independent craft breweries are in business across the United States. Brewpubs and taprooms have become meccas of innovation within the industry and are lifting tourism traffic and spending as consumers gather to watch a big game, relax with family and friends, and, of course, throw back a few refreshing craft beers, notes Julia Herz, craft beer program director at the Brewers Association, Boulder, Colo.

Both brewpubs and taprooms serve as magnets for consumers, but differences in scope and scale separate the two entities. Herz explains that a brewpub is a brewery with a restaurant that sells 25 percent or more of its beer on-site. A taproom, on the other hand, is a tasting/touring/education and sales center connected to a microbrewery or regional brewery that produces less than 15,000 barrels or between 15,000 and 6 million barrels, respectively.

Since brewpubs first debuted in 1982 in the United States, more than 2,250 brewpubs now are in operation, she adds. The reason for brewpubs’ popularity is clear. “Brewpubs are amazing small brewery establishments that combine fresh-made beer with creative restaurant menus,” Herz explains. “Their popularity stems from being authentic establishments that deliver a pleasing experience. Their close rate compared to their open rate is extremely low. Additionally, their success rate is much higher compared to restaurant industry close/open rates overall.”

Several trends within brewpubs not only are impacting the craft beer industry, but are spilling over into the enormous selection of innovative and sophisticated craft beers being served on tap.

“The more than 2,000 brewpubs serve tens of thousands of different beers,” Herz explains. “They sell what resonates with beer-lovers or switch it up. Since they sell beer at the source, they are able to directly gauge what is and is not popular.” 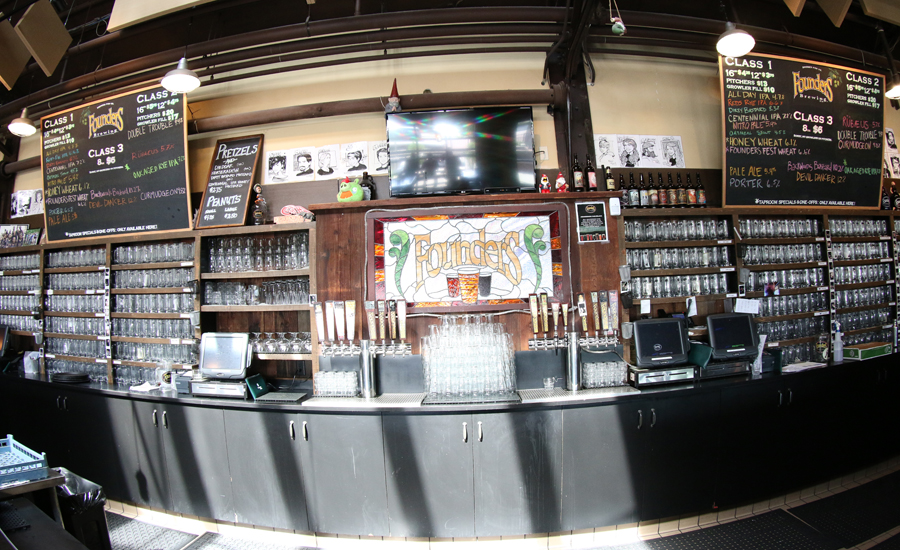 With cold, fresh beer and tasty food pairings, brewpubs function as go-to destinations for consumers, she says. Their ability to deliver fresh local beer service in clean beer glassware as well as interact with knowledgeable servers are among the reasons brewpubs are thriving, Hertz adds.

Some brewpubs also are revitalizing historic districts and attracting consumers because of their location. For example, Titletown Brewing Co. is located in an old train station in downtown Green Bay, Wis., on the banks of the Fox River, in an old warehouse retail district that was in transition like many old downtown areas, says Brent Weycker, Titletown’s president and founder.

However, when Titletown moved into the historic depot on an active railroad line in 1996, everything changed. “Our business was a shot in the arm for the area and it led to more development and re-energized downtown,” Weycker explains. “Two years ago, we partnered with other developers to take over five-year-old vegetable, cheese and meat storage brick warehouses next door to our depot. We built a new brewhouse, taproom, rooftop beer garden and event space.

“We currently distribute draft and bottles throughout the state of Wisconsin,” he continues. “We usually have in our location on-draft anywhere from nine to 12 beers and our house-made craft sodas. We brewed 5,326 barrels of beer in 2017.”

The craft brewery’s brewpub has garnered national recognition. In USA Today’s “Top 10 Brewpubs” annual article, Titletown was voted No. 1 by newspaper readers in 2017 and 2016. “It was a great honor to win two years in a row. We’re in a small market, but have a great loyal following,” Weycker enthuses. “We competed against some very amazing brewpubs around the country.” In 2015, the brewery also earned the Best Large Brewpub and Brewer award at the Great American Beer Festival in Colorado, he adds.

Also earning a spot in the Top 10 was Founders Brewing Co., which operates production breweries in Grand Rapids, Mich., and Detroit, opening in 1998 and 2017, respectively. Founders has grown from producing 6,100 barrels in 2007 to churning out more than 625,000 barrels of beer in 2018, a 34 percent increase, making Founders one of the fastest growing breweries in the United States, says Founders’ Co-Founder and President Dave Engbers.

Brewpubs facilitate testing of beers before full-scale production. “We have 37 tap handles in Grand Rapids and certain beers are exclusively available in the pub. This is where we, as a brewery, can hone a recipe. Typically you don’t hit the nail on the head the first time. We take the recipe, modify it with different styles of hops and malts to get the right flavor combination,” he explains.

Experimentation aside, for Engbers and his team, the brewpub is about consumer connection. “Brewpubs give us the opportunity to connect with consumers. They get the chance to see our amazing beer — to feel it, touch it, smell it, taste it and experience Founders in all of its glory. People also want to see the people brewing these amazing beers. At the end of the day, it’s about our customers — they are the heart and soul of our industry.”