Premiumization has been an influence across the entire beverage industry. Operating within an ever-changing market, the on-premise channel has struggled to maintain positive growth, but the growth that has been seen has largely been a result of consumers’ willingness to pay more for more premium products, experts say.

The premiumization trend became viral in 2017 across all three beverage alcohol categories, says Mike Ginley, a partner at Next Level Marketing, Westport, Conn. Today, quality is more important than price, he notes.

“Eighty-seven percent of consumers report that they are ordering the same or better-quality drinks this year versus last year. Forty-six percent of consumers are drinking better-quality drinks and only 13 percent say they are ordering lower-priced drinks,” Ginley explains. “So better quality is growing over three-times faster than lower-priced drinks.

“… In addition to consumers trading up to better-quality drinks, we see that consumers are increasing their drink order frequency,” he continues. “Eighty-four percent of consumers usually always order beverage alcohol when they go out to eat. Frequency is up significantly this year, while the drinks per occasion have remained steady at 2.2 drinks. So we see consumers drinking better quality, more frequently and in the quantity per occasion. It used to be said that people are drinking less but better, but when it comes to the current on-premise environment, it would be more accurate to say that they are drinking more frequently and better.”

Cocktails are a particularly important segment for the on-premise channel, experts say. In fact, cocktails now are more popular than any individual spirit, with 27 percent of consumers saying they order a cocktail when visiting on-premise outlets, a 6 percentage-point increase from the previous year, Nielsen CGA’s Elliott says.

“Cocktails appear to be gaining their own occasion type akin to the ‘after-work drink,’” he says.

“Cocktails are crucial as they provide consumers opportunities to try new spirits and flavors in accessible drinks. Sweet remains on the menu, but less so these days as savory, complex and rich flavor profiles abound,” she says. “Coffee-flavored cocktails are trending as bartenders explore applications for cold-brewed coffee in cocktails. Bitters are also a trending ingredient.” 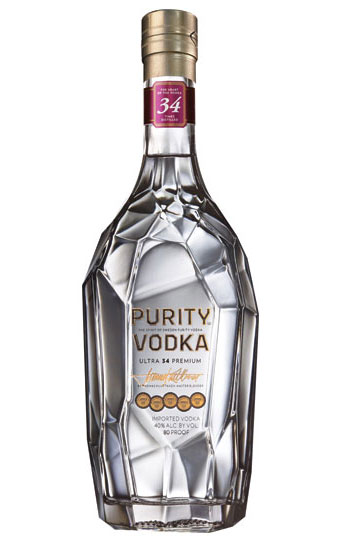 Consumers are looking for more complicated drinks when they’re on-premise, Next Level Marketing’s Ginley notes. Additionally, fresh, handcrafted cocktails are trending and signature drinks are a growing opportunity for operators to differentiate an establishment and attract younger consumers, he adds.

Retro cocktails, like Moscow mules, old fashions and Manhattans, also are in demand, says Eric Schmidt, director of alcohol research at New York-based Beverage Marketing Corporation (BMC). The increased interest in these cocktails has bolstered the spirits used within them at on-premise outlets.

“Domestic vodka is another driving force, although flavored vodka continues to be challenged,” he says. “Vodka remains the most-frequently ordered spirit, and the popularity of drinks such as the Moscow mule is bolstering its relevance at the bar.”

On-premise spirits sales were up 2.5 percent and wine was up 1.7 percent year-over-year, Nielsen CGA’s Elliott says, citing company data ending Dec. 30, 2017. Going further, sparkling wine (up 8.6 percent), cognac (up 9.7 percent) and tequila (up 7 percent) are top-performers within wine and spirits on-premise, he says.

Although vodka is the most-ordered spirit, it has struggled as aged spirits are gaining traction, Hood Crecca notes.

“In spirits, whiskey outpaced non-whiskey categories in 2017, as the trend toward aged spirits and whiskey in particular continues. American straight whiskey is performing well at the bar, as is single-malt Scotch and Irish whiskey; the latter continues its trend of double-digit volume increases,” she explains.

Next Level Marketing’s Ginley highlights that bourbon and gin also are proliferating on-premise. “Bourbon is absolutely on fire right now, rising to the Top 4 spot of drink orders by spirit type behind only vodka, rum and tequila,” he says. “This trend has been taking shape over the past several years, but it shows no sign of slowing down. The other category starting to trend in the on-premise [channel] is gin, and this is being fueled by the influx of new-styled, ultra-premium gins.”

“Craft beer and imports have both done well,” BMC’s Schmidt says. “Craft beer has performed particularly well in local markets through taprooms and tasting rooms at the brewery.”

“As spirits and wine enjoy consumers’ newfound taste for more premium products, it is telling that the only two beer categories experiencing significant growth, import (up 1.5 percent) and domestic super premium (up 5.8 percent) are toward the premium end of the category. Craft is still in growth (up 0.7 percent), but growth does continue to slow with the emphasis continuing to move toward hyper-local,” he explains.

Engagement also is important to attracting clientele, Schmidt explains. “The market overall has struggled to post positive results over the past few years; however, we see stronger positive results in channels such as tasting rooms where consumers are engaged,” he says.

Nielsen CGA’s Elliott highlights several other factors that could benefit an on-premise establishment.

“To improve beverage alcohol sales, it is important to embrace the changes and adapt to the market, cater to the consumers’ want for an experiential experience and offer the trade-up premium option,” he says. “While in some outlets and markets, price is becoming less important for consumers, quality is as significant as ever across categories and brands. Highlighting the quality on offers will be key to driving sales across all categories and segments.”

Yet, Technomic’s Hood Crecca notes the value of adapting to current trends, but suggests that a beverage alcohol program should still hold true to the on-premise establishment’s core values and brand identity.

“The key is to offer up a differentiated beverage program that supports the core DNA of the restaurant or bar concept,” she explains. “Don’t just chase the trends — adapt them in a way that relates to the establishment’s motif. Authenticity is a key way to differentiate. Also, price with an eye toward being competitive, but delivering value and conveying quality. Today’s consumer seeks all those attributes in drink pricing.” BI

Consumers to spend $100 billion on FMCG eCommerce by 2025