Astral Tequila announced This Calls for Tequila, a new marketing campaign featuring Jonathan Goldsmith bending a spoon with his mind, holding his breath for one hour, becoming the namesake of the sun and receiving “Best Actor” for a movie not yet released, among other legendary moments. The 10-spot video campaign marks Goldsmith’s first large-scale advertising appearance since his role as The Most Interesting Man in the World, the company says. This Calls for Tequila will encourage consumers to choose Astral for every celebration as well as life’s best, most unexpected and legendary moments, it says. The campaign will utilize a mix of traditional and social media platforms throughout 2018. 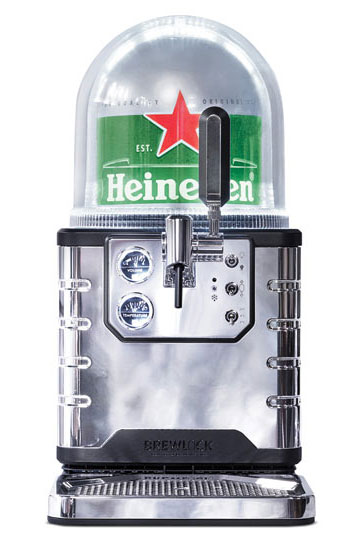 To make it easier for on-premise accounts with a lower beer volume to deliver a premium draft beer experience, Heineken USA introduced “Blade,” a new, compact table-top draft system that enables smaller-volume accounts to boost their beer profits, the company says. Heineken’s proprietary BrewLock system pushes air between multiple layers within an 8-liter disposable PET keg, squeezing the inner wall and driving the beer out with only the natural carbonation that already is in the beer. Blade requires no keg deposit, line cleaning or carbon dioxide. “The unique Blade system guarantees fresh draft even when you only serve a couple of glasses a day, or a week,” said Cormac McCarthy, project lead for Blade at Heineken USA, in a statement. “Blade is hassle free and fits almost anywhere. Just insert [the] spout, pre-cool the top loading keg, turn on the power and you’re good to go.” 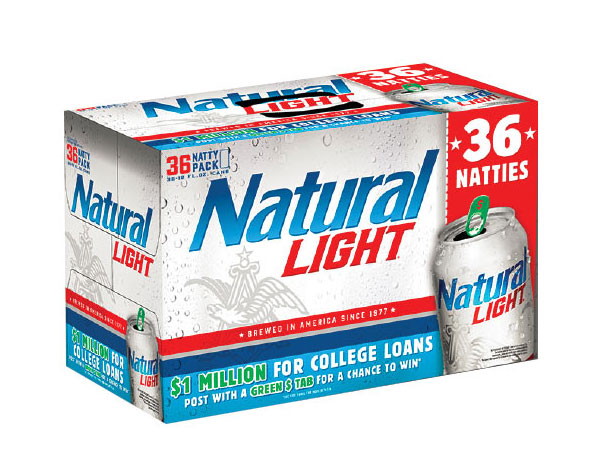 Natural Light announced a giveaway of $1 million to help pay down college loans.

College loans get you in the door, but college debt ruins the party. Natural Light wants to change that by giving away $1 million to pay down loans so that graduates can hold on to their memorable college stories. Actor and former University of Iowa and New York University student Jake Johnson has teamed up with Natural Light to help spread the word about the giveaway. Using last month’s Super Bowl as a platform, Natural Light brought attention to the country’s $1.4 trillion college debt by airing the brand’s message in 10 cities with large universities. To enter for a chance to win, consumers can post a video explaining their inspiration for going to college, include the green tab found on all cans inside limited-edition 36-packs in the video, and use the hashtags #NattyStories and #Contest when posting to social media. The contest runs until May 6. The company will select 25 winners who each will receive $40,000, it says. 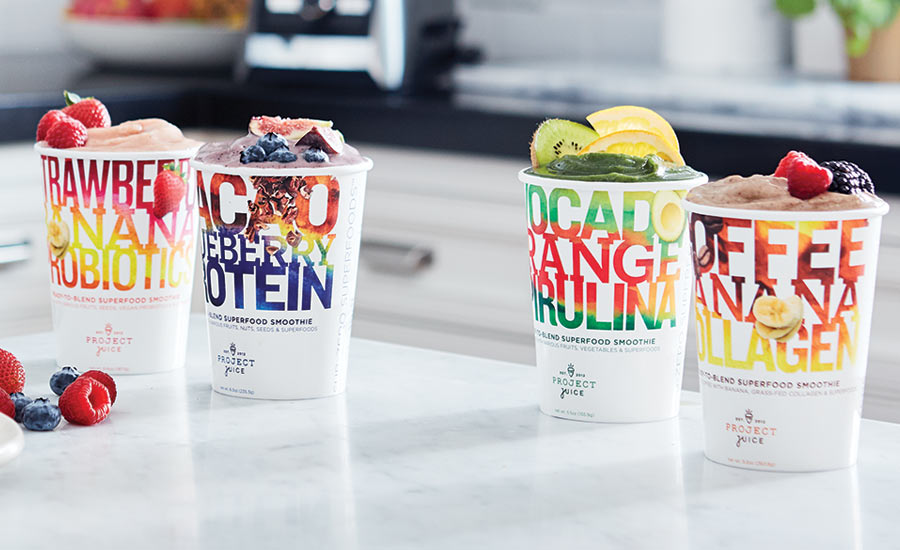 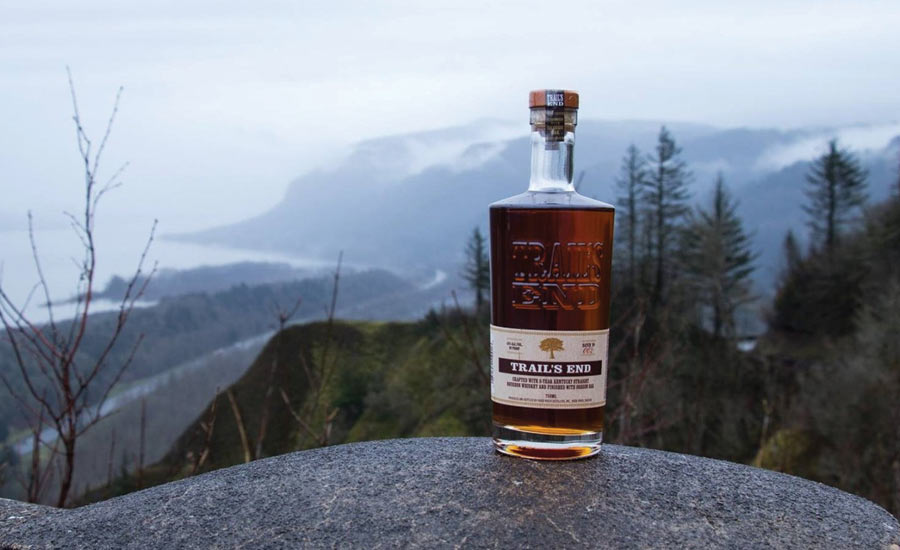 In a program with the National Forest Foundation, Hood River Distillers will donate 50 cents for every bottle of Trail’s End Straight Bourbon Whiskey sold during 2018.

On behalf of its Trail’s End Straight Bourbon Whiskey brand, Hood River Distillers announced a program with the National Forest Foundation to support the reforestation of native trees, which were damaged during the 2017 fire season. For every bottle of Trail’s End sold during 2018, Hood River Distillers will donate 50 cents to the National Forest Foundation’s Trees of US program, with a minimum donation of $5,000 going to support the planting of 5,000 trees in the Pacific Northwest, the company says. “More than merely appreciating the natural beauty of our forests and natural resources, native hardwoods such as the Oregon Oak are vital to the DNA of Hood River Distillers and our brands,” Senior Brand Manager Casey Armstrong said in a statement. “… Our partnership with the National Forest Foundation gives us an exceptional opportunity to improve the forest habitat for native trees like our prized Oregon Oak to restore their strong footing in the Pacific Northwest.” 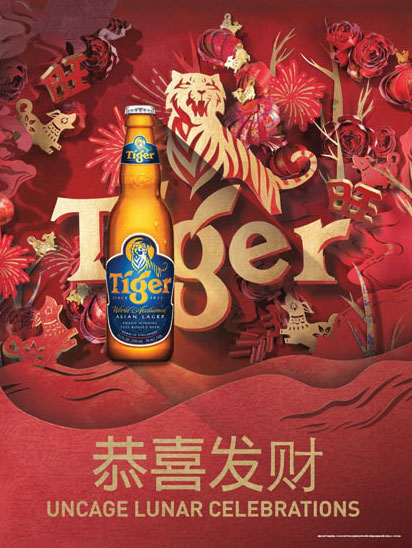 Tiger Beer uncaged celebrations for the 2018 Lunar New Year through retail and on-premise programming and artwork celebrating the Year of the Dog. The brand debuted new artwork that tells a story celebrating the old and the new in order to reignite the appreciation and understanding of traditions, the company says. The new artwork, which was featured on Tiger Beer packaging for a limited time, was created by Singaporean artist Dawn Ang, who is known for her bold focus on creative storytelling and transformed 2,000 red envelopes into a 3-D Lunar New Year story featuring traditional icons, it says. Along with the limited-edition packaging, the company released custom-designed retail and on-premise point-of-sale materials to engage legal-drinking-age consumers, it adds.

Suja Life LLC is encouraging consumers to drink plants with a new digital ad about their natural power. The video titled “Drink Plants” highlights how Suja juices are organic, cold-pressed and as close to nature’s pure energy as juice can get, the company says. The ad shows people loving organic plants and produce in various ways while a female voice raves about their appeal with the tag line “Drink plants. Take their power!” “At Suja, we have an irrational love for plants,” said Greg Rose, vice president of marketing, in a statement. “Some people have bedroom posters of athletes or musicians, but we have posters of celery and wear pineapple pajamas. So it was only natural to make a video about our obsession.” In addition to the video, real-world campaign executions this year will include a living plant wall and billboards that invite consumers to spread the plant love with actual seeds that they can plant.

PepsiCo, the National Hockey League Players’ Association (NHLPA) and the NHL announced a multi-year extension of their North American partnership, securing its place as one of the largest partnership agreements in league history, the company says. Through the sponsorship, PepsiCo maintains access to robust activation and heightened exclusivity around promotional opportunities, it says. Enhanced strategic customer marketing and partnerships are an integral part of the agreement as well. During the 2018 season, Pepsi Zero Sugar will activate during the NHL Winter Classic and NHL Stadium Series, it says. PepsiCo brands also will continue to be integrated into NHL media assets and will have a strong presence around major league events, it adds.