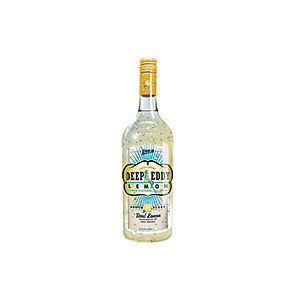 Just a few short years ago in 2010, Clayton Christopher, founder of Sweet Leaf Tea, which was acquired by Stamford, Conn.-based Nestlé Waters North America in 2011, joined with Chad Auler, founder of Austin, Texas-based Savvy Distillers and its Savvy Vodka brand, to form Deep Eddy Vodka, Austin, Texas. The two entrepreneurs were motivated to simply make the world’s best tea vodka by utilizing the best-available, all-natural ingredients in what they saw as the early stages of a tea vodka craze that offered very good growth potential.

Since the initial launch of Deep Eddy Vodka in 2010, the partners have realized their dream. The original company was staffed by seven employees and now requires more than 90 employees to keep up with demand. The company’s goal is to continue to maintain quality by committing to utilizing only high-quality ingredients to produce a quality product. The team uses its experience and strong passion to support its culture and mission and believes that has driven the success they have experienced, according to Chief Executive Officer Eric Dopkins. “As simple as it sounds, getting ‘liquid to lips,’ meaning getting customers to try new products, has helped us share our commitment to quality with consumers.”

The company takes extreme pride in its craft distilling efforts to maintain production in small batches and incorporates real fruit, tea, honey and other natural ingredients into its products to create unique flavor profiles.

The company has seen the success craft products have had in the beverage market and says its products align with those industry trends. “Our brand seems to be following the craft beer growth,” Dopkins says. “Consumers have more sophisticated palates and are demanding more complex flavors. Deep Eddy Vodkas fit the new consumer tastes and interests in authentic brands with real local connections.”

Although Deep Eddy Vodka cannot reveal all of its mixing secrets, it takes great pride and care in developing its flavor profiles. In fact, according to Dopkins, the company’s most recent flavor, Lemon, took more than a year of research and development to achieve what the brew masters believe is the best-tasting lemon vodka on the market today. Launched nationwide in January, Lemon is made with all-natural flavors including real lemon juice and Texas aquifer water. Like all Deep Eddy Vodka spirits, Lemon is gluten free and free of artificial flavors and high-fructose corn syrup.

Deep Eddy Vodka is available in five distinct varieties: Straight, Cranberry, Ruby Red, Sweet Tea and Lemon. Ruby Red is the company’s best seller and immediately took off when it was introduced in 2013. The variety is forecast to sell more than 250,000 9-liter cases in 2015, Dopkins says. Ruby Red was the first flavored vodka that truly tastes like fresh-squeezed juice, the company says. All of the flavors are suitable for enjoying straight, on the rocks, mixed with club soda, or incorporated into a more complicated mixology program, Dopkins notes.

2014 was a great year for Deep Eddy Vodka. There was a 130 percent growth, and volume sales were just shy of 400,000 9-liter cases, the company says. Dopkins expects this growth to continue and forecasts the company’s total sales volume will grow to be between 600,000 to 700,000 9-liter cases this year.

In terms of color, the different flavored vodkas maintain the color of their natural ingredients, further highlighting the company’s commitment to natural products, Dopkins says.

Deep Eddy Vodkas currently are available in all 50 states through distribution partnerships with Republic National Distributing Co., Houston, and Southern Wine and Spirits, Miami, which distributes almost 90 percent of the company’s volume. These companies have been very supportive in the development and growth of Deep Eddy Vodka, Dopkins adds.

For marketing, Deep Eddy Vodka highlights its identity as a classic American vodka by using classical art to display Deep Eddy Bettys on its website. “Our Bettys are classical art … just like our vodka,” Dopkins says.

The brand also tries to be a common character that appears at local Austin events and charitable organizations.

“We are extremely proud of where our brand inspiration comes from and the community that lives here in Austin,” Dopkins says. “We recently opened a new distillery as well as a 5,000-square-foot tasting room. Many Austin locals have visited us in recent months. We have been utilizing our tasting room for charity events and will continue to expand out community involvement.” The new 30,000-square-foot distillery opened last October.