Narragansett Beer brings back retro 1975 can

Narragansett Beer reintroduced its 1975 can, made famous in the “Jaws” movie during the scene in which Captain Sam Quint, played by Robert Shaw, crushes a 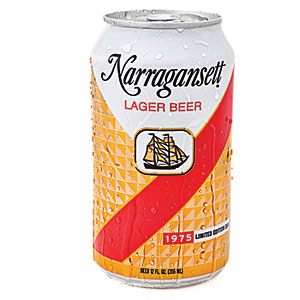