In 2011, beer’s performance reflected a category of contradictions with trends torn between the ongoing price consciousness of some consumers and the 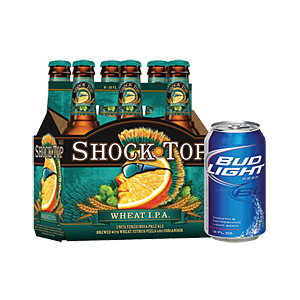 insatiable taste for variety — even if it carries a higher price — from other demographics. As crafts, flavored malt beverages and hard ciders benefited from consumer curiosity, the large domestic brewers repeated 2010’s trend of dollar sales growth as volume declined.

Domestic beer reported just shy of a 1 percent rise in case sales in supermarkets, drug, gas, convenience and mass merchandise retailers, excluding Walmart, club and liquor stores, for the 52 weeks ending April 15, according to SymphonyIRI Group. However, price increases led to a 4 percent increase in dollar sales for a total of nearly $21 billion in sales, according to the Chicago-based market research firm.

Arguably last year’s biggest success story was Pottsville, Pa.-based D.G. Yuengling & Son Inc., which expanded into its 14th state in late 2011. Yuengling Traditional Lager increased nearly 22 percent in volume and 36.5 percent in dollar sales for a total of $206 million in measured channels for the 52 weeks ending April 15, according to SymphonyIRI.

Early this year, Anheuser-Busch unveiled its first innovation of the year: Bud Light Platinum, a lager that is described by the company as a bit sweeter and smoother than Bud Light with 6 percent alcohol by volume. Since then, the brewer has rolled out additional new products, including Shock Top Wheat I.P.A., Bud Light Lime-A-Rita, Michelob Ultra 19th Hole Light Tea & Lemonade and Michelob Ultra Light Cider.

Across all of SymphonyIRI’s measured channels, craft beers posted a nearly 18 percent rise in dollar sales and a 15 percent increase in volume to tally $1.3 billion in sales in measured channels for the 52 weeks ending April 15. The craft segment’s biggest gainer was the Lagunitas brand family from Lagunitas Brewing Co., Petaluma, Calif. The brewery’s lineup reported 59 percent growth in volume sales and a 61 percent increase in dollar sales for $22 million in SymphonyIRI’s measured channels during the same time period. BI

2012 State of the Industry Report