2012 State of the Industry: Bottled Water

The overall bottled water category reported nearly $6.7 billion in sales and a 3.4 percent increase in dollar sales during the  52 weeks ending April 14 in food, drug 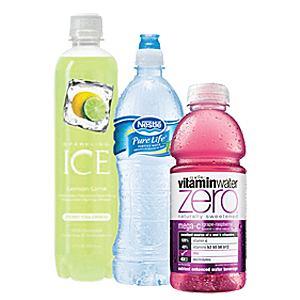 and mass merchandise stores including Walmart, according to New York City-based Nielsen. Leading the category’s growth was the sparkling/carbonated water segment, which overall reported 17.3 percent growth to $825 million in Nielsen’s measured channels during the 52 weeks leading up to April 14. Within the segment, low-calorie sparkling/carbonated water experienced a nearly 29 percent increase in sales in Nielsen’s measured channels for the same time period.

Making up the bulk of category sales is the still/non-carbonated bottled water segment, which reported a 1.7 percent increase and a total of nearly $5.9 billion in sales in Nielsen’s measured channels for the 52 weeks ending April 14.

Reporting double-digit growth in the convenience/still bottled water category in SymphonyIRI’s measured channels for the 52 weeks ending April 15 were Nestlé Pure Life from Nestlé Waters, Stamford, Conn., as well as Glaceau Smartwater and Vitaminwater Zero from The Coca-Cola Co., Atlanta. Nestlé Pure Life showed a 17 percent increase for a total of $391 million in sales in SymphonyIRI’s measured channels during the same time period. Smartwater experienced a nearly 25 percent increase for almost $379 million in sales, and fellow Glaceau brand Vitaminwater Zero hit its stride with a 16 percent increase for close to $213 million in sales in SymphonyIRI measured channels during the time period.

Within the sparkling and/or mineral water category, six of the Top 10 brands reported double-digit growth in SymphonyIRI’s measured channels for the 52 weeks ending April 15. Among them were Nestlé Waters brands Perrier, San Pellegrino and Arrowhead, while the company’s Poland Spring brand grew 6.9 percent in the same time period.

Providing flavored sparkling water options, La Croix from National Beverage Co. reported a 30 percent increase in dollar sales for nearly $46 million in sales in measured channels during the 52 weeks leading up to April 15, according to SymphonyIRI. In addition, Sparkling Ice from TalkingRain Beverage Co., Preston, Wash., expanded its line of eight flavors of zero-calorie sparkling waters nationally. As of April 15, Sparkling Ice reported quadruple-digit growth for a total of $49 million in sales in measured channels, according to SymphonyIRI.  BI

2014 State of the Industry: Bottled water

2015 State of the Beverage Industry: Bottled water continues to rise