Innovative flavors and sweet wine varietals help to continue the growth of wine and spirits. Flavored vodkas, whiskeys and bourbons suit consumers who are 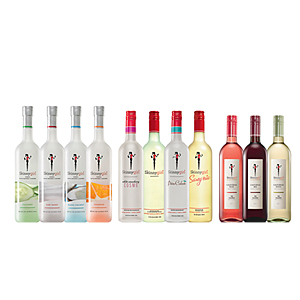 An improved economy has led to a return to premiumization, according to the Distilled Spirits Council of the United States’ (DISCUS) 2011 industry review. Spirits suppliers saw year-to-year volume growth of 2.7 percent resulting in nearly 196 million 9-liter cases, and sales growth of approximately 4 percent to just shy of $20 billion, said Peter Cressy, president and chief executive officer of DISCUS, in a statement. This resulted in another three-tenths of a point in market share gains against beer, reaching 33.6 percent of the total beverage alcohol market. This represents approximately five points of market share since 2000, worth approximately $2.9 billion annually, the council reported. Likewise, revenue market share for wine increased 1.4 percent, stealing some share from beer.

Economic recovery also might place premium-priced ready-to-drink and ready-to-pour cocktails in a position of growth as consumers choose convenience instead of price, the report said. In fact, DISCUS’ report showed that the pre-mixed cocktails segment experienced 20 percent of its growth in premium offerings. Within the segment, low-calorie options are appealing to consumers. Beam Inc.’s Skinnygirl brand, which it acquired in 2011, offers low-calorie cocktails including the original Margarita as well as a new Piña Colada variety, naturally flavored vodkas and a wine collection.

In the wine category, sweet offerings and red blends are the biggest trends, Nielsen’s Brager told Beverage Industry in April. The sweet trend started with Moscato and has moved into sweet red blends, he explained. According to a study by London-based Wine Intelligence Ltd., U.S. consumers will drink more sparkling wines this year than ever before. BI