2012 State of the Industry: Energy Drinks

The non-aseptic energy drink category reported more than $6.9 billion in sales for a 19.4 percent increase for the 52 weeks ending April 15 in U.S. supermarkets, 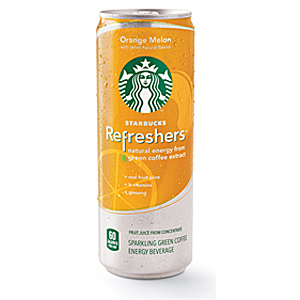 Red Bull once again topped category sales figures with close to 40 percent market share and nearly $2.8 billion in sales in SymphonyIRI’s measured channels for the 52 weeks ending April 15. This spring, the company added Red Bull Total Zero, which the company says will deliver the same energy-boosting ingredients as original Red Bull without the calories, sugar and carbohydrates.

Four products from Monster Beverage Corp., Corona, Calif., appear in SymphonyIRI’s Top 10 non-aseptic energy drinks in measured channels for the 52 weeks ending April 15, including its Java Monster and Monster Mega Energy products. In 2011, the company added zero-calorie Monster Energy Absolutely Zero energy drink as well as Monster Energy M3 energy drink, which is a concentrated form of the energy formula that is packaged in a 5-ounce glass bottle, according to Chicago-based Mintel’s Global New Products Database (GNPD). In addition, Monster expanded its Rehab line of beverages formulated to refresh, revive and rehydrate, the company says. Rehab is available in Rojo Tea, Green Tea and Protean, which contains 15 grams of protein.

2014 State of the Industry: Energy drinks