Digital printing has come quite a long way just in the past five to 10 years and will evolve even further in the next five to 10. That means graphics on the sides of delivery vehicles are crisper and more visually stunning than ever before, enabling fleets to better communicate their brands’ identities and value propositions.

“The technology continues to evolve and get better, and along with that so does our ability to work with the pre-press on those files and our knowledge to make those work better and better,” says Katie Gillmore, national account manager for vehicle images provider Signature Graphics. “[It] used to be that these [images] might have been a little fuzzy, but now we’re at a point that the images are much more crisp. And there are a lot more options now with color matching to get colors that people want to see.” 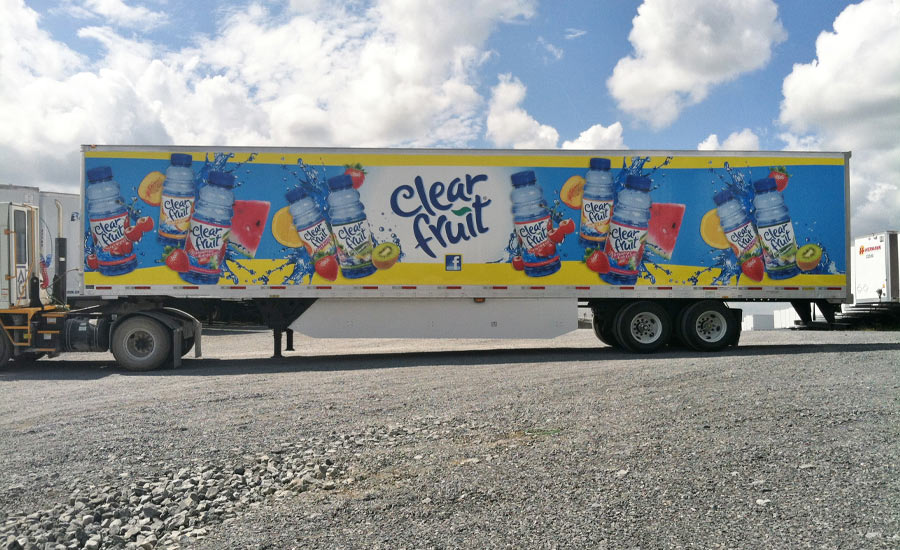 And, according to market research, people are seeing it. In Nielsen’s most recent “Out-of-Home Advertising Study,” 64 percent of respondents age 16 or older reported that they noticed a wrapped vehicle advertising within the month prior to being surveyed. Additionally, 44 percent said they’d noticed one within the prior week.

Mobile messages also have high levels of engagement among those who see them, with 80 percent of those people saying they’ve looked at the messages either all, most or some of the time (a total of 38 percent have looked at them all or most of the time).

Wrapped vehicles seem to be reaching a target market with considerable buying power, as 71 percent of those who notice graphic messages on trucks report annual incomes of $100,000.

The number of options for dressing up a truck has increased dramatically, meeting both the short-term and long-term marketing needs of the beverage brands and their distributors.

For those longer-term, more “permanent” campaigns, vinyl vehicle wraps remain a popular option and, once all of the art has been approved and the wraps have been printed, installers out in the field can have them on the trucks and ready to roll during a single work day. 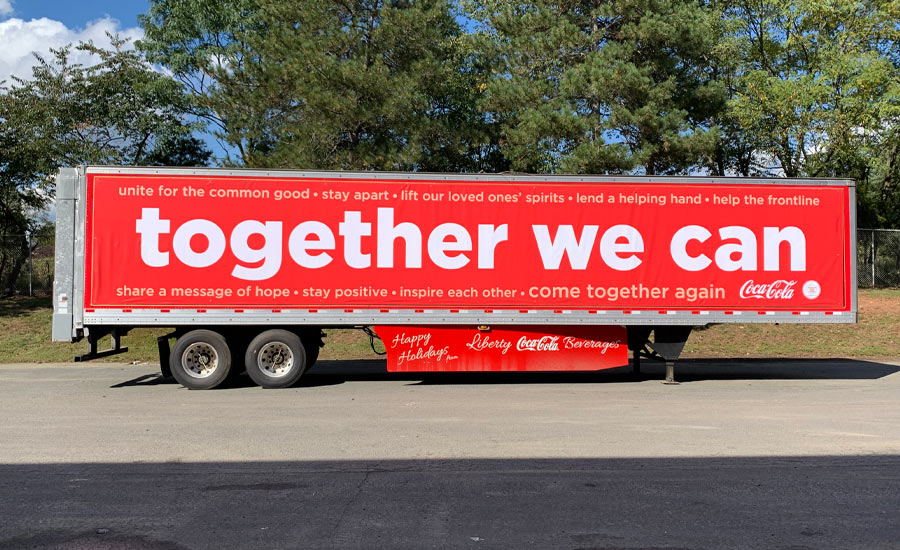 For short-term promotions, Gillmore touts a solution called Spedian, a changeable vinyl banner that is affixed to a barely visible frame attached to the truck. No bolts, rivets or screws need to be drilled into the side of the truck or trailer, regardless of size. The graphics can be changed in under an hour, enabling rebranding practically on the fly. “Some beverage companies are liking that more and more because they can change up the messaging for different roots they’re running or promotions,” she adds.

The company developed Spedian specifically with refrigerated trucks and trailers in mind. Because the system eschews metal bolts and rivets, there’s no internal degradation from the manner in which those typically penetrate the sides of the vehicle. Damage from the bolts and rivets can intensify over time, due to the body of the trailer twisting. That’s known to increase the size of the rivet holes, letting in moisture and causing expensive damage.

The Spedian system actually adheres to the side and is tensioned to withstand any temperature changes. “It’s a hook and loop that’s applied to both the truck and banner,” Gillmore explains, “which allows them to adhere to each other.”

And the frame can be removed with no damage to the body.

“We work with a number of big and small accounts across the nation,” Gillmore says, “and it’s [always about] what’s your vision and what do you want to communicate on the end vehicle.”