This website requires certain cookies to work and uses other cookies to help you have the best experience. By visiting this website, certain cookies have already been set, which you may delete and block. By closing this message or continuing to use our site, you agree to the use of cookies. Visit our updated privacy and cookie policy to learn more.
Home » Budweiser champions resilience of America, opts out of Super Bowl ad
MarketingCommentary
Between Drinks

The Super Bowl and TV commercials go together like an iced cold beer and some hot wings. Yet, after a year like no other, several beverage giants like PepsiCo, The Coca-Cola Co. and Budweiser chose not to advertise to ensure that they’re investing in the right resources during these unprecedented times.

A major advertiser for 37 years, Budweiser is sitting out the NFL’s Big Game for an unselfish purpose: to help support recovery in the on-premise channel through COVID-19 vaccine awareness, access and education.

The beer company notes that it is doing this so that “one day soon, we can see our Buds again safely.” 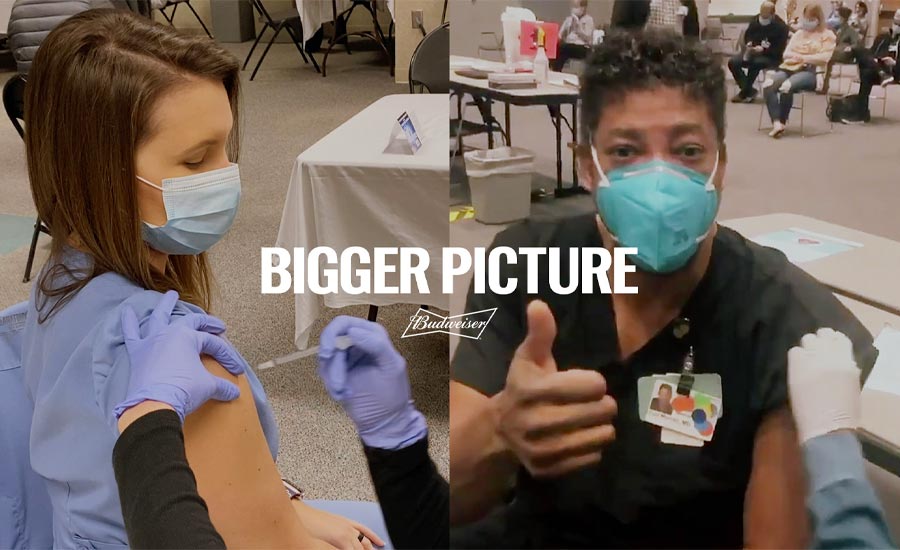 The 1:30-second film, created by David Miami, shows that even in the worst of times, we have seen the best in people. The film starts with a recreation of a viral video from early in the pandemic of a man singing “Lean on Me” out his apartment window, followed by his neighbors joining in. Other iconic images include birthday car parades, virtual work meetings with man’s best friend and NBA players kneeling in unified support of the Black Lives Matter movement.

“I’m proud to lend my voice to the ‘Bigger Picture’ film,” Jones said in a statement. “Budweiser shares my commitment to advocating for COVID-19 prevention and vaccine awareness and education. I’m happy to be a part of Budweiser’s celebration of our resilience and hope during these challenging times.”

In 2021, Budweiser is allocating some of its advertising airtime to the Ad Council and the COVID Collaborative’s Vaccine Education Initiative. 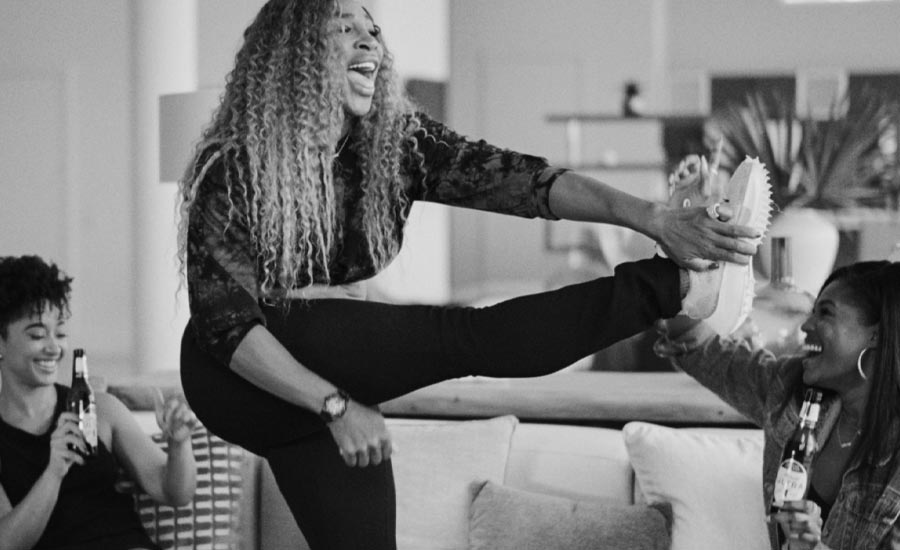 Yet, even beverage brands who advertised posed thought-proving questions. “Are you happy because you win, or do you win because you’re happy?” is the question asked in Michelob ULTRA’s 60-second spot titled “Happy.” Michelob ULTRA enlisted the help of sports superstars including Serena Williams, Anthony Davis, Peyton Manning, Brooks Koepka, Jimmy Butler and Alex Morgan, to showcase the less-heralded-but-equally-important parts of their lives that ultimately play a role in their success: time spent with family and friends, exploring a new hobby and enjoying life. 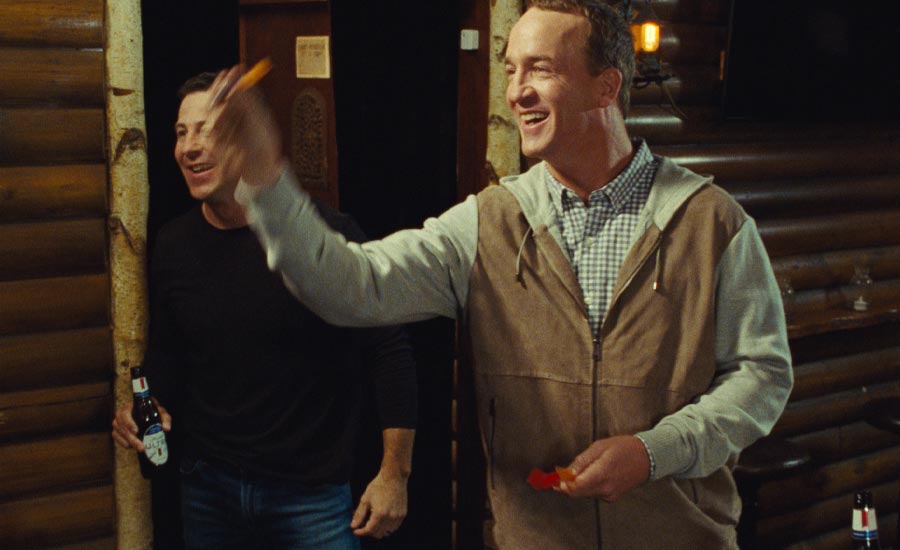 “Happy” represents the newest ad in Michelob ULTRA’s brand campaign “It’s Only Worth It If You Enjoy It,” which celebrates the important role enjoyment plays in the journey to success. See hashtag #JoyWins.

Additionally, Bud Light Seltzer Lemonade ran its first-ever Super Bowl ad titled “Last Year’s Lemons.” The commercial celebrates the relatable moments in 2020 and is inspired by the do-it-yourself haircuts, postponed weddings and other inconvenient situations. The brand recently launched its new alcohol beverage that’s packed with lemonade taste after a lemon of a year.