This past fall, the phrase camp fire took on a deeper meaning as people across America followed the progress of the Northern California wildfire dubbed Camp Fire. Named after Camp Creek Road, where its origin hails, the Camp Fire began Nov. 8 and spread throughout the region until it was fully contained Nov. 25. According to the San Francisco Chronicle, the fire burned 153,336 acres and claimed the lives of 85 people. Many companies and consumers stepped up to help those impacted by the fire. In the beer community, Sierra Nevada Brewing Co., Chico, Calif., has not only given of itself but has created an opportunity for other members to help those who were and continue to be impacted by this wildfire.

The Camp Fire originated in Butte County in Northern California, the county in which Sierra Nevada Brewing’s headquarters resides, and came uncomfortably close to the craft brewer’s operations.

“The fire came just about a mile from the brewery,” says Robin Gregory, communications manager for Sierra Nevada Brewing. “Officials were calling for mandatory evacuations in our neighboring zones, so we voluntarily evacuated the brewery in the interest of safety. Our physical facility itself was not impacted, but many of our employees were directly impacted. We had about 50 employees lose homes and many others that were evacuated for some time.”

However, even those who did not lose their own home have experienced the effects of the wildfire in one way or another. “Almost everyone has friends or family members who lost homes; many employees have had people staying with them for months,” Gregory says.

“When the fire was still burning, we responded to immediate needs. We opened up our taproom and served free meals to First Responders and those who lost homes. We also gave out free shirts and sweatshirts to anyone who needed them. We hosted a free all-day Thanksgiving dinner at the brewery and fed about 1,000 people.”
— Robin Gregory, communications manager for Sierra Nevada Brewing Co.

Even before the fire reached containment, Sierra Nevada Brewing was finding ways to help those in the community. “When the fire was still burning, we responded to immediate needs,” Gregory explains. “We opened up our taproom and served free meals to First Responders and those who lost homes. We also gave out free shirts and sweatshirts to anyone who needed them. We hosted a free all-day Thanksgiving dinner at the brewery and fed about 1,000 people.”

As officials were getting closer to containment of the Camp Fire, Gregory says the craft brewer decided to direct its energy into addressing the long-term effects of the wildfire and the communities that it impacted.

“As the fire started to reach containment, we shifted our focus to long-term needs,” she says. “We established the Sierra Nevada Camp Fire Relief Fund and seeded it with an initial $100,000. Then we started the Resilience project.”

When Sierra Nevada Brewing shifted it efforts from short-term to long-term needs for the victims by establishing the Sierra Nevada Camp Fire Relief Fund, the decision to embark on this fundraising adventure was an easy one.

“It was really never a question,” Gregory explains. “We’ve been in Butte County since we opened in 1980 and our community has supported us for nearly 40 years. We felt strongly compelled to support it right back. We would not be where we are today without our community.”

Although the Sierra Nevada Camp Fire Relief Fund began with the $100,000 seed donation from the craft brewery, Gregory notes it hopes to raise $10 to $15 million through donations as well as proceeds from the Resilience project.

The Resilience project emerged after Sierra Nevada Brewing announced that it would brew Resilience Butte County Proud IPA, a beer in which 100 percent of the sales will be going to the Sierra Nevada Camp Fire Relief Fund.

“We knew right away that we wanted to brew a fundraising beer,” Gregory says. “We were strongly compelled to help, and beer is what we do. We’d been inspired by Russian River Brewing Co.’s Sonoma Pride beer effort after the fires in Santa Rosa. We wanted to take this effort to the next level by inviting every brewery in the country to brew.”

To date, 1,478 breweries worldwide have pledged to brew and donate to the fund, Gregory says. “We’ve been completely overwhelmed by the response,” she adds. “We initially hoped that 200 breweries would sign up.”

This outpouring is how Sierra Nevada Brewing hopes to reach its donation goal for the Sierra Nevada Camp Fire Relief Fund. “If all of the breweries brew what they committed to and sell all of the beer, Resilience should raise between $10-15 million,” Gregory says. 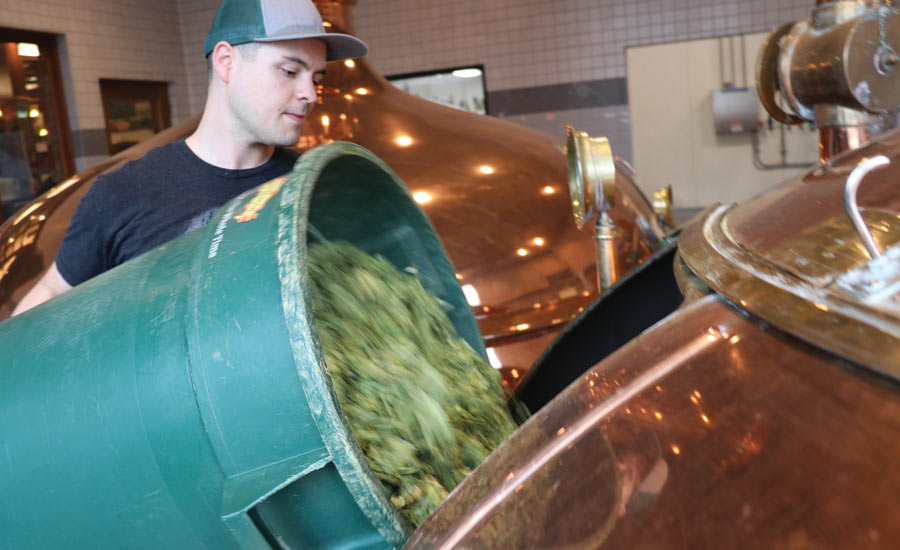 Packaged in 12-ounce aluminum cans, Resilience IPA is a West Coast-style IPA that features a dank, hop-forward character, Gregory says. “The recipe for Resilience IPA is similar to our Celebration IPA with a few tweaks,” she explains.

To get the mass brewing effort rolling, Sierra Nevada Brewing was orchestrating all the logistics, but was easily aided by its connections throughout the beer community.

“We handled the effort in house, so it’s been quite a task for our team,” Gregory says. “It was pretty much all hands on deck. Fortunately, we had many pre-existing relationships with other breweries thanks to our Beer Camp Across America beer festival tours. But we called in every favor for this one.”

Although the craft brewers are the recognizable supporters, Gregory highlights that everyone in the beer community — suppliers and beer wholesalers — have been vital allies in the fundraising effort.

“We provided the recipe, information on how to register the beer, graphics, tap handles, coasters, posters, social media assets — hopefully just about everything a brewery would need to get going,” Gregory says. “A huge piece of the puzzle has been our supplier partners. Our malt, hop and yeast suppliers all pitched in and donated ingredients to all participating breweries to get the cost down for the brewers. Our wholesalers and retailers agreed to carry the beer for free. It’s been a huge effort from everyone up and down the supply chain.”

Gregory notes that many breweries have released their version of Resilience while others still have the brew on tap. “[S]o the first funds are just starting to come in,” she adds.

Because some brewers were unable to add another beer project to their calendar, they willingly assisted in fundraising efforts. For example, Milwaukee-based Lakefront Brewery could not accommodate a new beer to its production schedule. Instead, from Dec. 2 through 9, Lakefront Brewery sold its Riverwest Stein Amber Lager on special and donated 100 percent of the sales to California’s Camp Fire relief efforts, it said. During that week, each pint was $3 and generated more than $1,000 in donations, Lakefront Brewery Brand Manager Michael Stodola reported in December 2018.

“We’ve helped a number of other breweries over the years, and this one went even farther,” said Lakefront Brewery Owner and President Russ Klisch in a statement. “We’re proud to assist our independent craft beer family and their communities.”

Although the brewing effort might be getting all the attention, Gregory notes that the project wasn’t just about the beer.

“It’s about the incredible brewing community coming together for a common cause,” she says. “We are of course open to any way folks want to help. It has been overwhelming and heartwarming to see the response from so many other breweries around the world, and we are so grateful to everyone who has helped in any way that they can.”

As the Sierra Nevada Camp Fire Relief Fund has expanded, Sierra Nevada Brewing has partnered with other foundations to streamline recovery efforts. 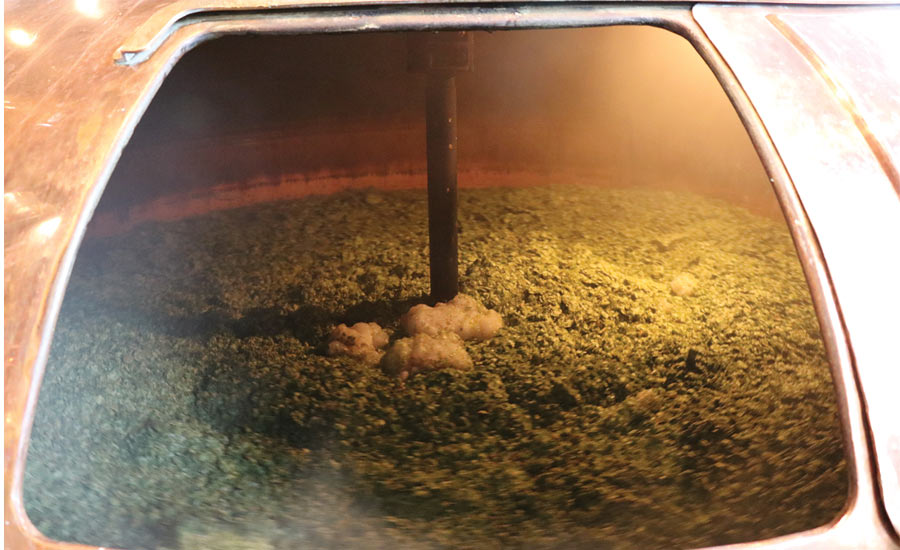 “We have joined forces with two other local groups (The North Valley Community Foundation and the Aaron Rodgers NorCal Fire Recovery Fund) to form the Butte Strong Fund,” Gregory says. “Though some funds were committed to other projects, the bulk of the Sierra Nevada Camp Fire Relief Fund will fund Butte Strong Fund initiatives. We will be actively working on community recovery projects through the Butte Strong Fund in the coming years.”

Gregory adds that the formation of the Butte Strong Fund came about after the craft brewer learned about the efforts the other organizations were doing.

“As we were starting to work on recovery efforts, we found that there were other groups working on very similar projects,” she says. “In some cases, we were even doubling efforts in inefficient ways. By joining forces, we found that we could not only work more efficiently, but we could also pool resources to make a greater impact together than we ever could alone.”

Although direct assistance partners still are being determined, Gregory explains that the craft brewer is eager to see the Butte Strong Fund get fully underway to help the community that means so much to Sierra Nevada Brewing.

“The goal of the Butte Strong Fund is to be a catalyst to start the rebuilding process. There are currently many obstacles and rebuilding can feel overwhelming,” she says. “We want to help remove those barriers and allow the community to move forward. The needs are massive and there are no quick fixes. We hope to work alongside the community and provide assistance wherever needed.” BI