At its 22nd annual show, the “Where science and strategy Intersect,”-themed SupplySide West 2018 took place Nov. 6-10 at Mandalay Bay Convention Center in Las Vegas. This year’s show brought together more than 16,000 attendees and 1,300 exhibitors, who showcased their latest innovations.

The following are some beverage-related highlights from the tradeshow:

Chicago-based Archer Daniels Midland Co. (ADM) highlighted its innovative health-and-wellness solutions including its plant-based protein and sweetening ingredients. To further highlight its range of solutions, ADM showcased several prototype beverages including a blueberry antioxidant water that contains 5 calories in each serving and has no added sugar, a wildberry prebiotic and probiotic drink for digestive health that contains 10 billion live cultures in each serving and uses ADM’s Fibersol solution, and a mixed berry yogurt-style beverage suggested for post-exercise consumption.

ADM/Matsutani, the joint venture between ADM and Matsutani Chemical Industry Co. Ltd., Itami City, Japan, highlighted its Fibersol brand, a soluble dietary fiber ingredient. Fibersol can be formulated into all beverage applications and requires minimal formulation and process adjustments, the companies say. The ingredient was featured in a coconut caramel concept beverage with 6 grams of prebiotic fiber and 5 grams of protein in a serving. 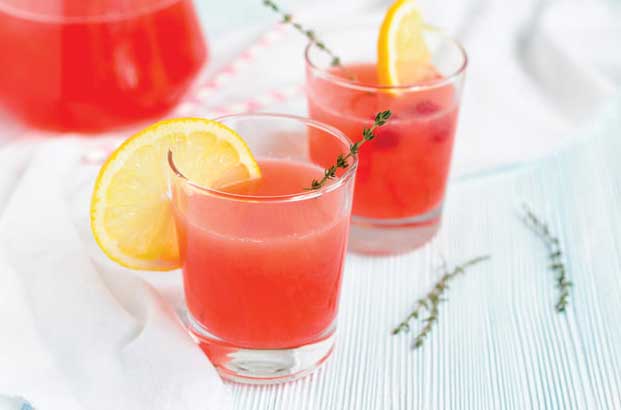 Long Beach, Calif.-based BI celebrated 40 years of business at the tradeshow, marking its “ruby” anniversary, the company said. In celebration, the company showcased three ruby-colored beverages including apple cider vinegar in a lemonade mix, lentil protein concentrate in a red velvet shake, and beet green tea with guayusa for energy.

Minneapolis-based Cargill and Parsippany, N.J.-based DSM Nutritional Products LLC announced a 50/50 joint venture that combines both companies’ technologies for producing Reb M and Reb D steviol glycoside products through fermentation. In addition, the companies will market the product under one brand name: EverSweet. The joint venture will include a new fermentation facility in Blair, Neb., which is expected to be completed and operating by summer 2019, they added. To showcase EverSweet, the companies offered samples of a non-diary Mexican chocolate mocha cold-brew beverage.

At its booth, DSM Nutritional Products promoted Market-Ready, one of its customized solutions that provides customers with turnkey finished products.

Downers Grove, Ill.-based Flavorchem Corp. featured its natural caramel color replacer and natural maple waffle type flavor in a maple waffle protein drink suggested for post-workout nutrition, it says. The prototype beverage contains 100 calories and 15 grams of protein in each serving and is naturally sweetened with stevia, it adds.

Kyowa Hakko USA Inc., New York, spotlighted its range of performance solutions for beverage applications including Cognizin for focus and attention, and Sustamine for performance enhancement. Both supplements are water-soluble, neutral in taste, allergen free and contain no preservatives or additives, the company says.

Greensboro, N.C.-based Mother Murphy’s highlighted its proprietary Bitter Blocker and Bittermask technology. Bitter Blocker contains no sweetness and can be added to beverages to block undesirable notes, the company says. Bittermask contains upfront sweetness and works well in highly astringent or acidic offnotes, it adds. The company offered samples of a sweet and sour berry lemonade with apple cider vinegar.

Wauconda, Ill.-based Synergy Flavors highlighted its new campaign titled TRU Stories, showcasing the company’s commitment to honesty and transparency from its food and beverage providers, it says. The company also promoted its range of maple and burnt caramel flavors.

Philadelphia-based Tastepoint by IFF highlighted its FirsTaste event that took place earlier this year. In its inaugural year, FirsTaste showcased the company’s insight into the latest trends in the food and beverage market. 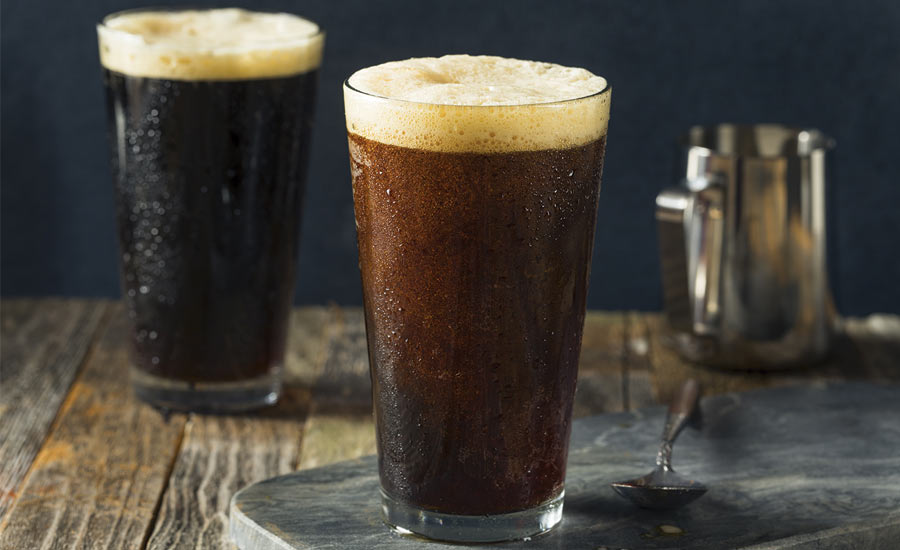 Virginia Dare, Brooklyn, N.Y., showcased its plant-based protein and fortified coffees. The company sampled a cold-brew coffee energy shot in two flavors: Black and Cream. The coffee shot uses Virginia Dare’s cold-brew concentrate and is fortified with natural, energy-providing ingredients, with 200-ml of caffeine in each serving, it says.

Lafayette, La.-based The Wright Group promoted two ready-to-drink functional beverage ingredients in a strawberry and chocolate nutritional beverage. Both flavors are fortified with essential vitamins and minerals and use the company’s SuperBlend nutritional premix, it says.

Ultraviolet (UV) light is a threat to packaged products like beverages, food and consumer goods. It can affect and alter their formulation, color, taste and nutritional value, dramatically reduce shelf life and impact brand reputation.