Earlier this year, Target Corp. released a TV commercial in which the father says that he’s going on a milk run and wants to know what everyone wants. One child says skim milk, one says chocolate milk and the third child says that she’s not doing dairy this week. The 15-second spot highlights the diversity of Target’s product assortment, but also helps encompass what today’s consumers also are seeing in their day-to-day lives.

John Crawford, vice president of client insights for dairy with Chicago-based Information Resources Inc. (IRI), explains that what’s driving these trends is the proliferation of consumers who are embracing a flexitarian lifestyle.

Flexitarian trends have been noted by market analysts for some time. For instance, Chicago-based Mintel named “Power to the Plants” as one of its 2017 Global Food & Drink Trends. In an October 2017 blog post, Jennifer Zegler, associate director of Mintel Food and Drink, revisited how the 2017 trends progressed for the year.

“‘Power to the Plants’ is one of Mintel’s fastest developing 2017 Global Food & Drink Trend predictions because more companies and consumers have invested in formulations that boast the inherent nutrition and flavor provided by using plants, including fruits, vegetables, herbs, seeds and grains, as ingredients,” Zegler wrote.

Gary Hemphill, managing director of research for New York-based Beverage Marketing Corporation (BMC), also notes the impact that vegetarian and vegan trends are having on the beverage market.

“A combination of factors have helped to drive the growth of dairy alternatives away from traditional milk,” he says. “A growing number of consumers have moved away from animal-based products like milk toward vegetarian and vegan diets. Additionally, some consumers are lactose intolerant. In some cases, it is simply consumer preference for dairy alternatives for a variety of other reasons.”

Noting that the market is led by almond milk with soy milk a distant second, BMC’s Hemphill highlights the strong innovation coming from the alternative milks market.

“Like all beverage categories, we have seen no shortage of innovation in dairy alternatives,” he says. “New options are being introduced and each has its benefits.”

Top refrigerated milk substitutes — all other

In its September report titled “Drinking Milk Products in the US,” Chicago-based Euromonitor International details some of the plant-based innovations fueling the alternative milks market.

“Oat milk is the latest plant-based milk alternative to appear on retail shelves,” the report states. “Gluten-free, naturally creamy and more environmentally sustainable than nut-based or soy-based milks due to lower water and GMO usage, oat milk is set to capitalize on multiple lifestyle trends as it is introduced into more stores across the country. Milk made from peas has the potential for similar growth as it boasts high protein content and less water usage than nuts.”

Emeryville, Calif.-based Ripple Foods is furthering exposure of plant-based milk from pea protein. According to IRI data, its dollar sales within the refrigerated milk substitutes (all other) category are up 110 percent, totaling $17 million for the 52-week time period.

Crawford says that Ripple’s growth can be attributed to its distribution footprint, which is now 32 percent.

Milk, it does a body good

Although the milk market has been in decline for a number of years, the category still is much more voluminous than its counterparts. 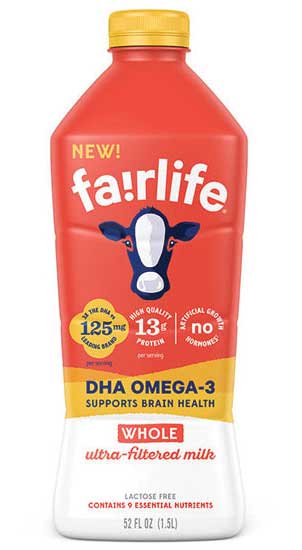 Analysts note that the decline of dairy had been taking place prior to the growing popularity of alternative milks.

“We know the challenges with dairy milk,” IRI’s Crawford says. “We know that there’s a lot of challenges with it. It’s been declining for 30 years. There’s a whole slew of reasons for these declines. It’s as simple as the rise of bottled water. If you really think of who milk loses to, you can only have so much liquid in your system and a lot of it has gone to bottled water.

However, Crawford highlights that positive stories still are emerging from the heritage category. For example, Chicago-based fairlife LLC continues to post solid gains on its portfolio of ultra-filtered milk. For the 52-week time period, dollar sales were up 41.4 percent for the skim and low fat milk segment at approximately $153.8 million, while its whole milk SKU dollar sales were up 53.6 percent totaling $53.4 million.

Noting fairlife’s growth, which is across flat distribution, Crawford says the milk brand’s story has been a strong positive for the market.

“It’s a milk company that branded and came up with a unique position in the dairy milk space with the higher protein and lower sugar — it certainly hit on a lot of consumer trends as well as [being] lactose free,” Crawford says. “The growth is still happening for fairlife milk, which I think is really interesting. It’s obviously bucking the trends of a declining category.”

In its report, Euromonitor detailed that fortification could help the milk industry compete with the growing alternative milks market. 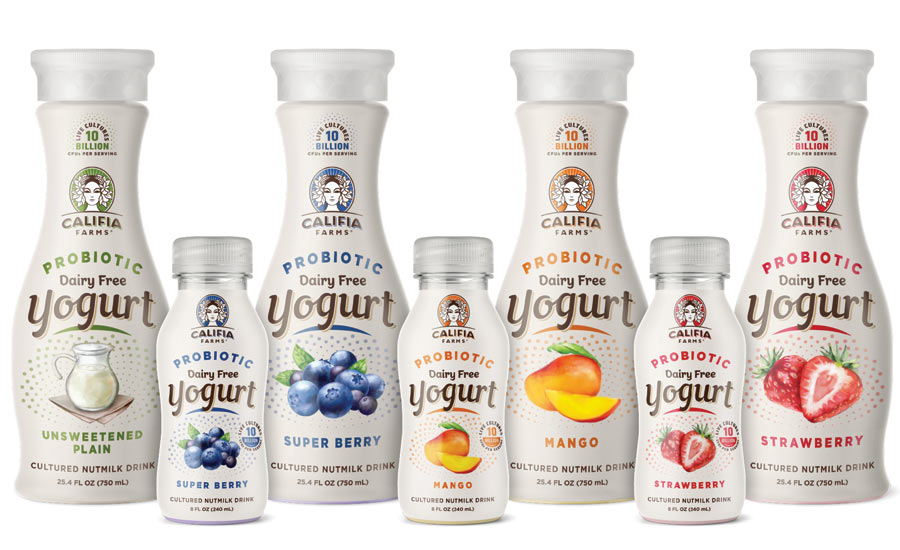 “Camel’s milk is also new to the U.S.,” the report continues. “With more vitamin C and iron than cow’s milk, no whey proteins that contain common milk allergens and a taste similar to that of cow’s milk, camel’s milk is expected to garner some interest in the U.S., although to what extent remains to be seen.”

Although the market remains niche, yogurt drinks continue to show promise. The yogurt drinks category saw sales of $33.7 million for the 52-weeks ending Sept. 9, according to IRI data. This is an increase of nearly 27 percent.

The market is seeing players from the animal- and plant-based proteins arenas. For example, Los Angeles-based Califia Farms LLC announced the spring launch of a line of dairy-free yogurt drinks. The yogurt drinks are made with the Califia Culture Blend, a trio of 10 billion live, active probiotic colony-forming units powered by BB-12. The yogurt drinks will be available in four dairy-free varieties: Strawberry, Super Berry, Mango and Unsweetened Plain.

Additionally, Dannon, a brand of White Plains, N.Y.-based DanoneWave, launched Activia Dailies, a line of probiotic, low-fat yogurt drinks, to its portfolio of probiotic offerings. Like all Activia products, these 3.1-ounce drinks feature Activia's billions of live and active probiotics. Activia Dailies are offered in five flavors: Strawberry, Blueberry, Cherry and Vanilla, which are available in grocery and club stores nationwide; and Acai Berry, which is available nationwide only in club stores. BI