Bud Light and the Philadelphia Eagles unveiled the limited-edition “Philly Philly” commemorative packs to celebrate the team’s Super Bowl LII victory. Inspired by the name of the game-changing play call, “The Philly Special” and Bud Light’s “Dilly Dilly” campaign, the beer brand produced 20,418 packs, which correspond with the date of the Eagles’ Super Bowl win on Feb. 4. The commemorative packs went on sale Aug. 16, the day of the Eagles’ third pre-season game, a Super Bowl LII rematch against the New England Patriots. Each limited-edition Super Bowl LII pack is individually numbered and includes a 25-ounce Bud Light aluminum bottle and two specially designed Bud Light glasses, etched with the legendary “Philly Special” play. Select commemorative packs also gave fans the opportunity to receive tickets to the Eagles’ first regular season game on Sept. 6. “It was a dream season for Philadelphia Eagles fans, and we’re excited to continue celebrating their championship as we prepare to kick-off a new season,” said Andy Goeler, vice president of marketing for Bud Light, in a statement. “Eagles fans adopted our famous ‘Dilly Dilly’ phrase, transforming it into their own rallying cry, ‘Philly Philly,’ and we’re so excited to give them another reason to relive the epic win with the commemorative pack.” 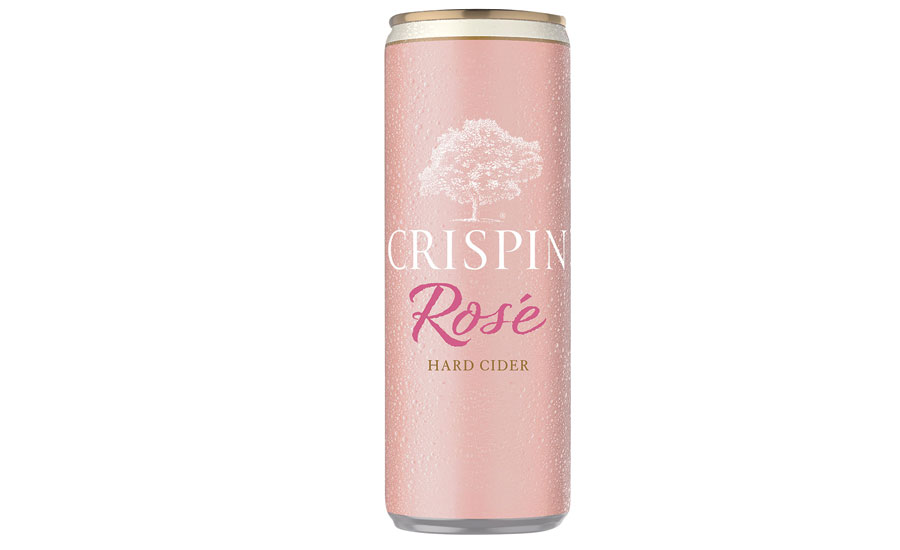 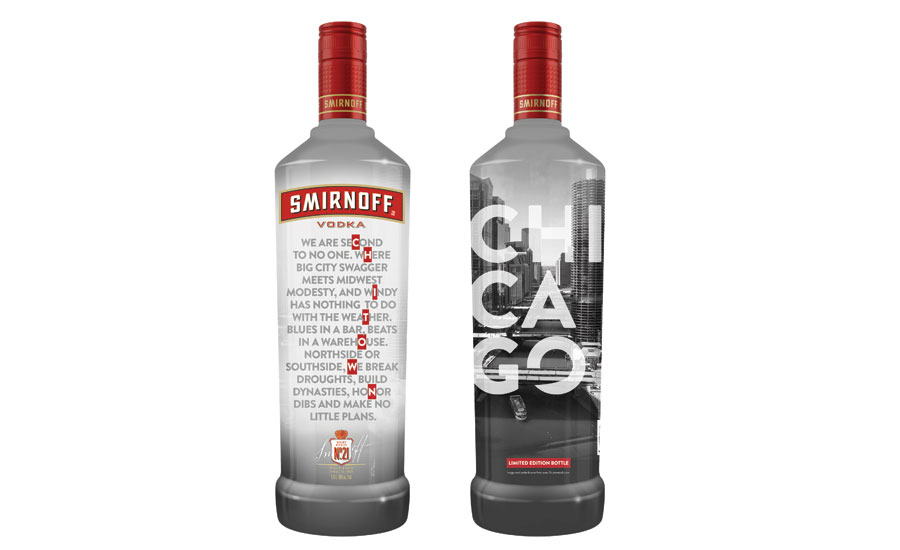 Smirnoff knows how important a hometown is to a person so, to celebrate the many unique places across North America, Smirnoff is debuting limited-time only, locally inspired bottles including a specially designed bottle for Chicago. The Chicago bottle features the iconic Chicago city skyline, known for its architecture and river ways, along with an ode to the city itself on the back of the bottle, inspired by Chicago’s “Windy City” reputation and one-of-a-kind big city swagger, the company says. The new Chicago bottle is the first of many locally inspired bottles that Smirnoff plans to roll-out this year with a Los Angeles-inspired bottle also newly in-market and more to come. Each bottle will feature iconic imagery and language for each respective place, giving a nod to some of the many things that make these hometowns great. The Chicago and California bottles are on shelves now and will be available until November. 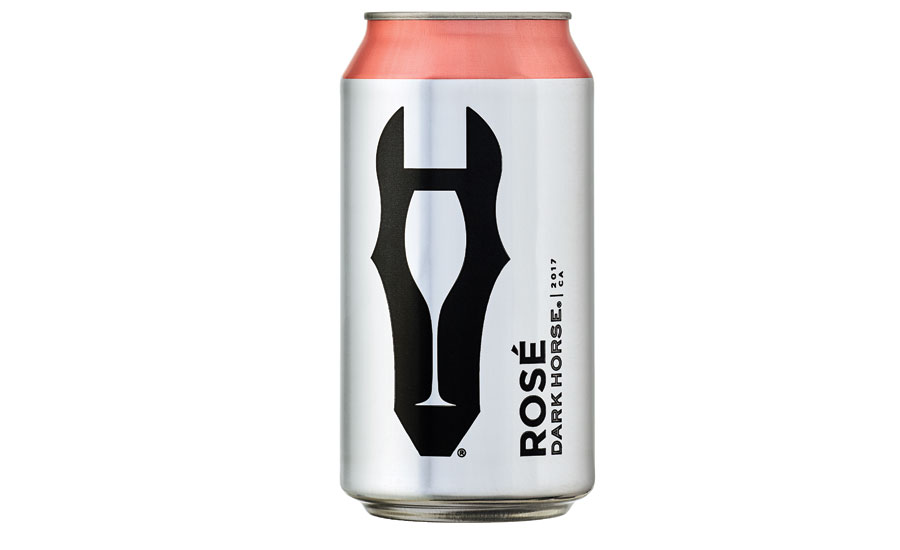 For the first time, Dark Horse wine is taking its signature wine and packaging it in cans. Dark Horse has launched its new cans with two of their top-performing varietals: Rosé and Pinot Grigio. The Dark Horse Pinot Grigio and Rosé are sourced from California, the company says. The bold, striking silver cans boast an eye-catching design in a 375-ml sized package, it adds. These packable, portable and unbreakable cans each contain half a bottle of wine and can go where traditional bottles are not always allowed, the company says. “It is no secret that the wine can category is beginning to take off,” said Stephanie Gallo, vice president of marketing for E. & J. Gallo Winery, in a statement. “Dark Horse is known for being a leader with unexpected offerings that over deliver on quality, and cans fit right into this philosophy.” Dark Horse cans are available at retailers nationwide. 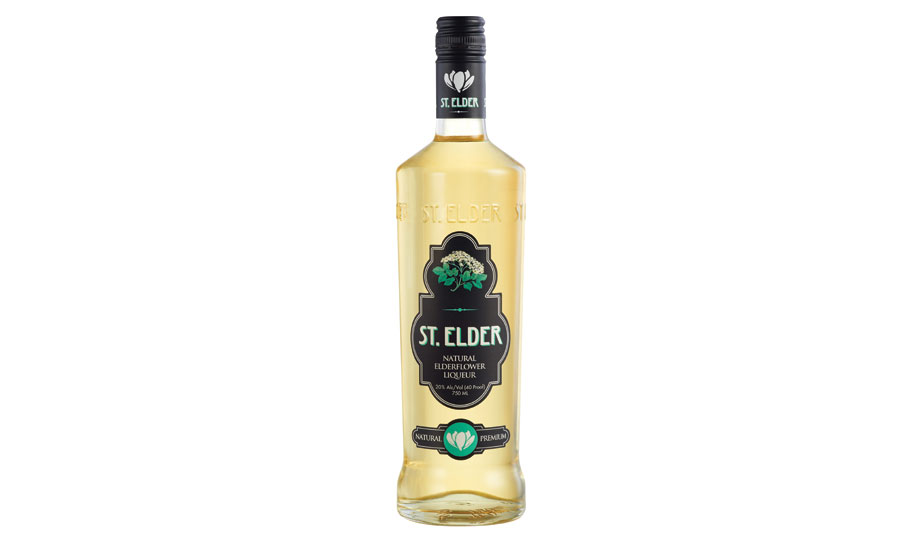 With an overall goal to improve and refresh its St. Elder Natural Elderflower Liqueur brand, M.S. Walker is updating its packaging with a dynamic and distinctive new appearance, it says. To help create the new forward-looking design, the company turned to Saxco International LLC. Saxco sourced and supplied a private mould 750-ml flint bottle with a medium neck, slopping shoulders and an embossed St. Elder just below the shoulders from a supply partner. The partner also supplied custom three-color shipping cartons depicting glossy die cut elderflowers to accommodate and enhance retail displays. The black bar top assembly closure was sourced through another Saxco supply partner in Germany. The front and back three-color labels and neck band came from a supply source in New York. “Our role was to help M.S. Walker create a highly attractive new package with an overall pleasing eye appeal and standout shelf appearance for its popular natural elderflower liqueur,” said Chris Tubertini, director of craft spirits for the Eastern United States and Canada for Saxco International, in a statement. 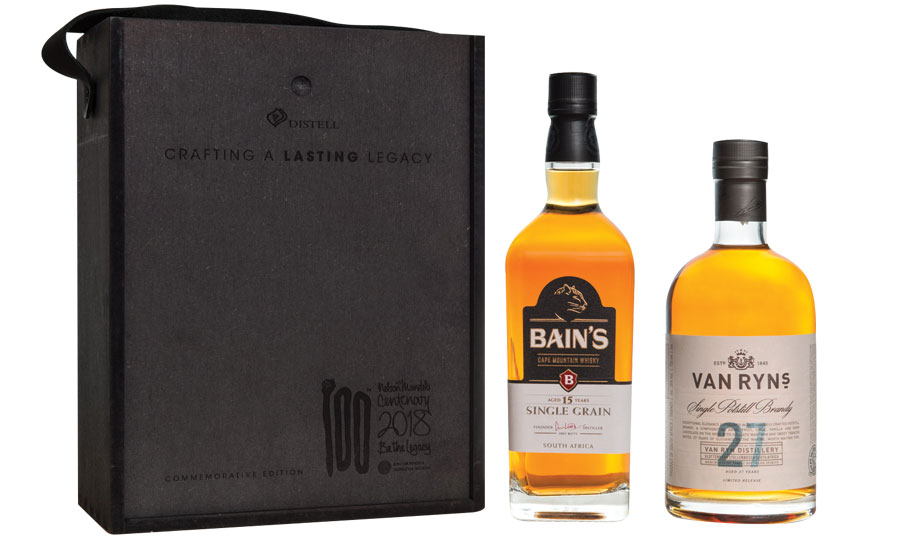 The Distell Group, an African producer and marketer of a selection of top-quality spirits, wines, ciders and other ready-to-drink (RTD) beverages, is commemorating the 100 year legacy of former South African President Nelson Mandela by releasing a limited-edition gift pack comprised of a 750-ml bottle of Van Ryn’s 27-year-old potstill brandy, and a 750-ml bottle of Bain’s 15-year-old single grain whisky. Only 2,000 of these special packs have been produced, intended as gifts for a hand-picked selection of prominent guests who attended the 16th Nelson Mandela Annual Lecture at the Wanderers Stadium in Illovo, Johannesburg. The lecture, ahead of Nelson Mandela International Day on July 18, was delivered by former U.S. President, Barack Obama. “It’s an incredible honor for Distell and two of its award-winning brands to be part of this year’s centennial celebrations, paying homage to the memory of Nelson Mandela, his leadership, as well as the unbelievable milestones he achieved during his lifetime,” said Dennis Matsane, who heads up Distell’s communications department, in a statement. “We are both humbled and excited to be involved and to share two exclusive, limited-edition alcoholic beverages with some of those attending the annual lecture.” The brandy and whisky expressions were selected to symbolize connections to Mandela. “The Van Ryn’s 27-year-old brandy reflects the period of time (27 years) that Mandela spent behind bars, split between Robben Island, Pollsmoor and Victor Verster prisons,” Matsane said. “Meanwhile, the 15-year-old Bain’s whisky expresses 15 years since the launch of the 46664 HIV/AIDS awareness and social justice campaign that aims to honor Mandela’s humanitarian nature.” 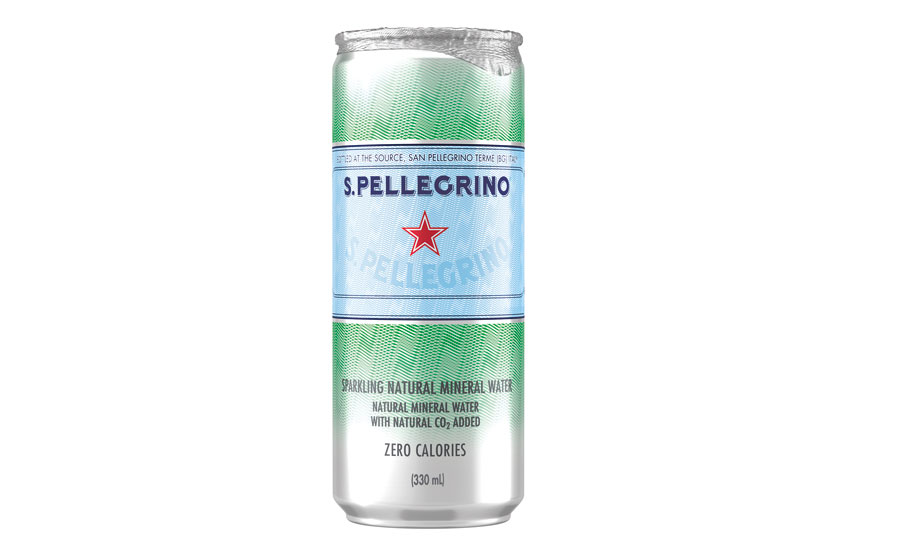 S.Pellegrino Sparkling Natural Mineral Water introduced sleek cans to its product lineup. The new can design draws inspiration from classic S.Pellegrino bottles, including the brand’s green hue and red star, all overlaid on metallic silver, the company says. S.Pellegrino Natural Mineral Water is filtered for more than 30 years by the Italian Alps and bottled at the source in Bergamo, Italy. As a nod to the brand’s heritage, a striking image of the beautiful Art Nouveau building of San Pellegrino Terme set against the Alps mountain range is featured on new fridge pack packaging, as well as on the foil of its single-serve cans. “The iconic S.Pellegrino bottle and famed sparkling mineral water have long been a staple on dining tables worldwide. Now with our new cans, we offer a whole new way to enjoy the signature taste of S.Pellegrino, wherever you enjoy food,” said Danit Eisdorfer, group manager for S.Pellegrino, in a statement. “With the addition of S.Pellegrino in sleek, modern cans, any meal occasion can be transformed into something special.” S.Pellegrino cans are available nationwide for home and office delivery through ReadyRefresh by Nestlé in select markets. The sparkling water will be packaged in 330-ml cans in eight-can fridge packs for a suggested retail price of $6.99, and a single-serve format for on-the-go consumption. 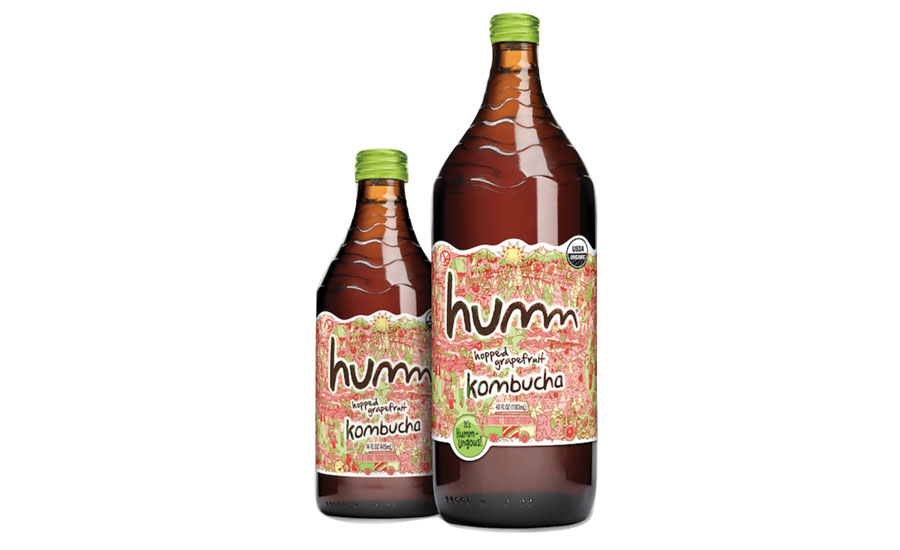 Humm Kombucha released a 40-ounce bottle of kombucha. The new 40-ounce is available in five of the brand’s most popular flavors: Mango Passionfruit, Hopped Grapefruit, Blueberry Mint, Coconut Lime, and Pomegranate Lemonade.  The 40-ounce bottle has a suggested retail price of $7.99-$8.99 and will be available at select retailers nationwide. “From the first bottle, our mission has been to bring people together over one incredible drink that could make people feel better, whether with taste, the power of a healthier option, or just the power of togetherness,” said Jamie Danek, chief executive officer and co-founder of Humm Kombucha. “To grow that mission, we grew our bottle! Now Humm can bring more people together to feel better for a few days with just one shopping trip.” The new Humm-ongous bottles offer five servings of kombucha. 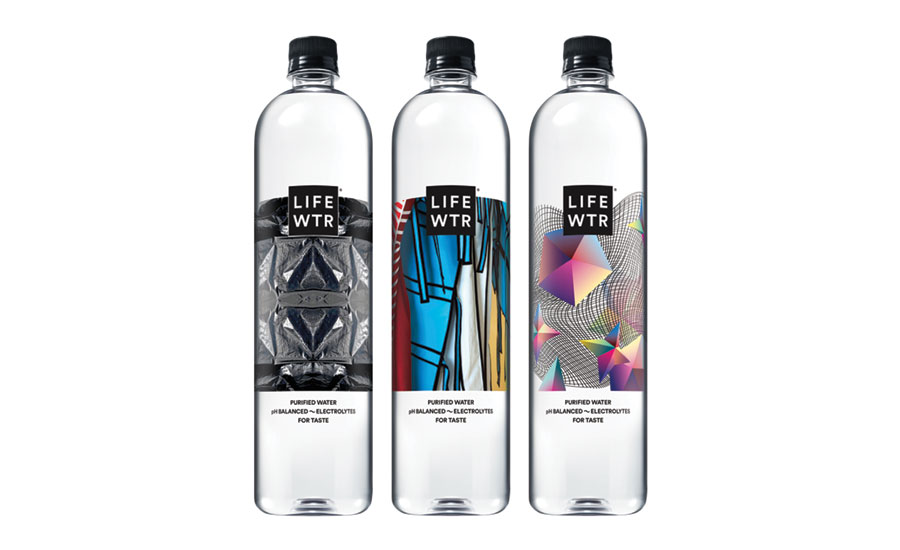 LIFEWTR and the Council of Fashion Designers of America (CFDA) announced that they will host the opening presentation of New York Fashion Week this September with a showcase featuring three of the newest designers breaking onto the fashion scene: Ji Won Choi, Daniel Cloke and Jamall Osterholm. Selected from CFDA’s inaugural Fashion Future Graduate Showcase in 2017, the three designers were given the opportunity to create and show their collections as part of NYFW’s Official Schedule and to have their work featured in LIFEWTR’s latest series: Diversity in Design. Additionally, each designer will have their work showcased as part of the latest LIFEWTR bottle series, which are available nationwide in four sizes: 20-ounce, 500-ml, 700-ml and 1-liter, as well as multipacks. “LIFEWTR and CFDA share a purpose to elevate emerging talent, making this a natural and tremendously successful partnership that enables us to provide a platform for creatives and to support them in ways that can help launch their careers in the industry. As we head into the second year of this partnership, together with CFDA, we have identified three incredibly talented designers whose inspirational work boldly reflects diverse perspectives and shares personal narratives,” said Olga Osminkina, vice president, Hydration & Innovation, Global Beverage Group, PepsiCo. “I am so excited for these designers to grow as professionals as part of the LIFEWTR family, starting with New York Fashion Week, and for the world to see and be inspired by their designs on our bottles.”