For the past 25 years, The Beverage Forum has been delivering in-depth insights, dynamic keynoters and in-demand workshop presentations about the future of the beverage market. To celebrate its silver anniversary, the two-day conference continued those traditions while tying into its theme of Embracing New Pathways for Growth.

In his address, Bellas noted that the liquid refreshment beverage (LRB) market once again posted growth. However, he noted that 2017’s performance was a deceleration of growth compared with 2016. Among the factors that could have contributed to the slowdown were modest increases in gas prices, more consumers eating at home, and increased volume from outlets like taprooms or cafés, where it might be more challenging to track sales, Bellas noted.

At the conclusion of Bellas’ address, he welcomed to the stage the day’s opening Keynote address and winner of the 2018 Lifetime Achievement Award: Muhtar Kent, chairman of the Board of Directors at The Coca-Cola Co. During their discussion, Kent reflected on his tenure at The Coca-Cola Co., which included his forecast that the Berlin wall was going to be coming down in the 1980s and encouraging the company to prepare for new market opportunities.

Kent also talked of the seamless transition between his departure as CEO and the assumption of James Quincy to the position. He also pointed to the future by noting that going forward, the beverage market should be viewed as a triangle. The points of the triangle are represented by consumer consumption options: packaged beverages, foodservice specialty with technology enhancements, and technology enhancements for beverage consumption at home.

During the first day of the conference, The Beverage Forum welcomed a diverse group of Keynote speakers, such as Susan Neely, president and CEO of the American Beverage Association (ABA); Deirdre Mahlan, president of Diageo North America; and Paul Hetterich, executive vice president and president of the beer division at Constellation Brands.

Three panel discussions also were included on the first day. Greg Butler, vice president of Miller Brands at MillerCoors; Andy Goeler, vice president of marketing for Bud Light at Anheuser-Busch; and Andrew Springate, chief marketing officer at Dr Pepper Snapple Group, discussed insights and experience as how they have identified and successfully capitalized on new market opportunities to drive growth. 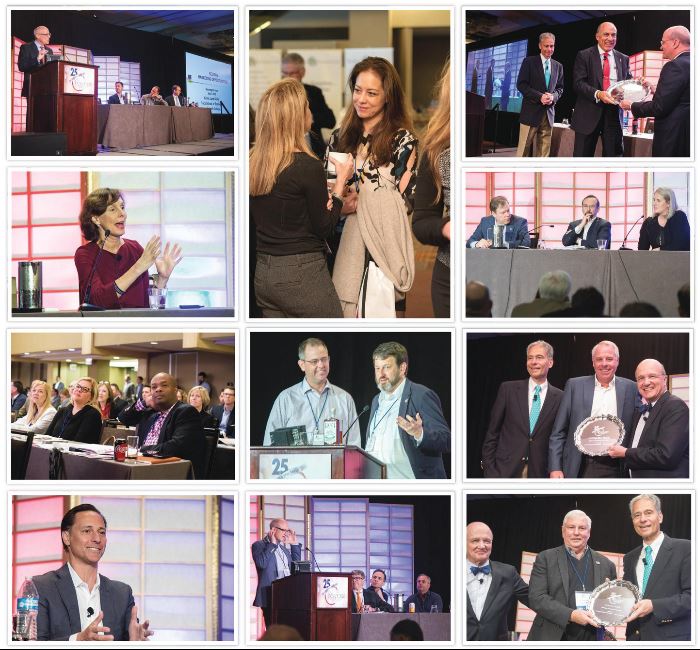 Tom Burkemper, senior director of DMM for beverages at Walgreens; Jessi Moffitt, director of innovation at Canteen; and Jesus Delgado- Jenkins, executive vice president and chief merchandising officer at 7-Eleven Inc., discussed the impact that eCcommerce, technology, merchandising trends and delivery options are having on the retail landscape.

The second day of the conference welcomed Andy Peykoff II, president and CEO of Niagara Bottling; and Michael Doukeris, CEO of Anheuser-Busch, as Keynote speakers.

Two panels also populated the day. Jenna Behrer, senior director of innovation at Heineken; Faith Popcorn, founder and CEO at Faith Popcorn’s BrainReserve; and Danny Stepper, CEO and co-founder at L.A. Libations, highlighted the new pathways for growth through innovation. Closing out the panels was Bill Creelman, founder and CEO at Spindrift; Charles Gibb, CEO at Fever-Tree North America; and Mike Stevens, co-founder at Founders Brewing, who discussed what it takes for a start-up company to succeed in a crowded and competitive industry. BI