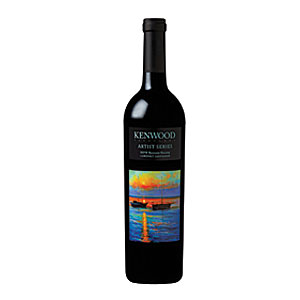 In celebration of its 36th anniversary, the Kenwood Vineyards Artist Series released its 2010 vintage Cabernet Sauvignon featuring a limited-edition label created by artist Keith Wicks. Entitled “Sonoma Serenity,” the exclusive new label artwork harnesses the purity and energy of light, even as it dances in shadow. Working primarily in oils, Wicks aimed to capture the essence of a moment with a clarity and intensity rarely seen in impressionistic works, according to the brand. The design also represents the growing region of the Cabernet Sauvignon grapes used to make the wine, it says. The majority of the blend was produced from Kenwood Vineyards’ Sonoma Valley Estate, with additional Cabernet coming from the Northern Alexander Valley and a small amount of Merlot added from the Dry Creek Valley. Approximately 1,500 750-ml bottle cases of the 2010 Kenwood Vineyards Artist Series Cabernet Sauvignon have been produced and are available at select retailers across the United States with a suggested retail price of $75. The wine also is available online at kenwoodvineyards.com or through the Kenwood Vineyards wine shop.