As the saying goes, any publicity is good publicity. And when it comes to April 1, companies are putting this mantra to work.

On March 31, Diageo announced an extension of its Captain Morgan rum brand with a new Taco flavor. Although the industry has come across odd-flavored spirits in the past (think dill pickle and cookie dough flavored vodkas), it hasn’t come across a taco cocktail with a shredded cheese rimmer. In the product release, Diageo says that this “taco-tini” looks to overtake the popularity of Margaritas this summer. While this cheese-infused cocktail likely gave the product away as an April Fool’s joke, other product launches were a little more difficult to debunk. 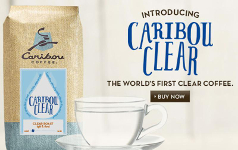 For instance, Caribou Coffee Co. issued a press release on March 31 announcing its new Clear Coffee, which is a proprietary new coffee blend that removes all color while retaining the flavor of the coffee. In the release, Chief Executive Officer Mike Tattersfield said: “I can't reveal much, but I can say that we were able to combine our proprietary hydrostatic reverse osmosis with an inverted ice filtration system. This allowed us to isolate the coffee oils from the coffee color." Furthermore, the coffeehouse announced plans to install its proprietary filtering technology in brewing machines in stores nationwide next month.

Caribou also posted the news to its Facebook page and, as a result, received more than 2,300 likes and 500 comments in less than a day. Although the majority of fans called the product out as an early April Fool’s prank, many fans likened the new coffee innovation to Crystal Pepsi, thereby trusting it as an honest new product introduction. 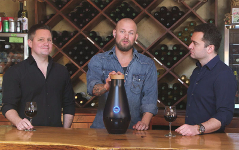 Even earlier in March, wine entrepreneurs Kevin Boyer and Philip James of CustomVine debuted the Miracle Machine that essentially turns water into wine. Consumers and the press were so excited by the launch that in less than two weeks the Miracle Machine video went viral with more than 500 million media impressions and 200,000 views; nearly 600 media outlets around the world covered the story; 6,000 people tweeted about it; and 7,000 people signed up for a potential crowd-funding platform to invest in the faux machine, it reported. The company eventually came clean and announced that the machine is actually just a piece of wood. Instead of “fooling” people for the April 1 holiday, the company developed the ploy as a pro-bono campaign to support not-for-profit Wine to Water, an organization that provides people around the world with access to clean water.

Companies have proven year after year that these publicity stunts have the ability to capture the attention of consumers and the media alike. In the case of April Fool’s marketing ploys, is it better to be hilariously fake or deceptively false? And once consumers have determined the legitimacy of the announcement, how much will sales be impacted? Only the numbers will tell.