Budweiser puts beer to a vote 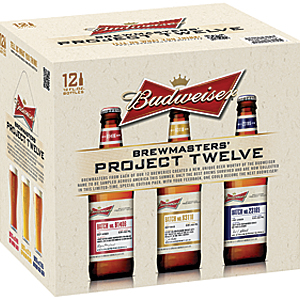 of consumers in order to select three beers for its limited-edition Budweiser Project 12 sampler pack. The beers were selected from six small-batch beers brewed by 12 U.S. brewmasters. The winning recipes, named for the zip codes in which the beers were originally brewed, are from brewmasters

at Budweiser breweries in Los Angeles,