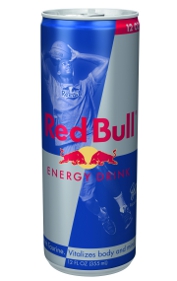 At the National Association of Convenience Stores (NACS) conference in Las Vegas, Red Bull USA, Santa Monica, Calif., announced that it will launch three new flavored energy drinks called Red Bull Editions nationwide in March 2013. The Red Bull Editions line will include The Red Edition, The Silver Edition and The Blue Edition, which feature cranberry, lime and blueberry flavors, respectively. Each flavor provides the same energy and functional benefits as the original but also brings a new flavor to the mix as well as a new can design. The drinks will be sold individually in 8.4-ounce cans and in four-packs priced in line with Red Bull Energy Drink, Red Bull Sugarfree and Red Bull Total Zero.

The company also introduced a limited-edition Red Bull Energy Drink can featuring All-Star basketball guard Rajon Rondo, which began hitting shelves Oct. 1 in anticipation of the season tip-off. The can will be available for a limited time at convenience, grocery and drug stores throughout Boston and the Northeast. A 12-ounce can retails for approximately $2.99, which is in line with the rest of Red Bull’s energy drinks.