2012 State of the Industry: Sports Drinks 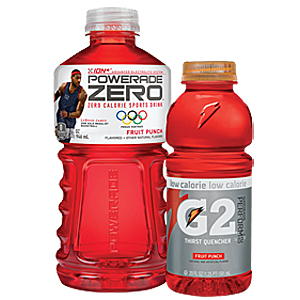 of beverages research for Chicago-based market research firm Euromonitor International, told Beverage Industry in its May issue that formulations based on performance need-states are driving the evolution. The category has seen development of products that target serious or casual athletes as well as beverages formulated around exercise occasions, Haffner said.

50 percent market share and $2 billion in sales in SymphonyIRI’s measured channels for the 52 weeks ending April 15.

Part of Gatorade’s rebranding in 2010 included the development of ready-to-drink (RTD) Gatorade Recover, which contains protein for muscle replenishment and is the third step in the G Series and G Series Pro lineups. Gatorade Recover’s sales accounted for

$28 million for the 52 weeks ending April 15 in measured channels, according to SymphonyIRI.

RTD protein drinks have a built-in market compared to the bulk protein powders that are typically associated with and dominate sales in the protein drinks category, said Chris Schmidt, consumer health industry analyst with Euromonitor, in Beverage Industry’s May issue. For companies such as Benicia, Calif.-based Cytosport, which markets the Muscle Milk product line, Schmidt sees the next step as capturing the health and wellness demographic with all-natural or organic RTD products.

G Series Fit is lightly sweetened and contains only 20 calories in each bottle. The Perform option of G Series Fit reported nearly $3.8 million in sales in measured channels through April 15, according to SymphonyIRI data. In addition, it offers Gatorade Natural, which is formulated with sea salt, natural fruit flavors and sweeteners.

Coconut water could see growing opportunities as a natural alternative to sports drinks, experts suggest. However, Euromonitor’s Haffner said in Beverage Industry’s May issue that although coconut water has a lot of the isotonic properties of a sports drink, he’s not sure how it would perform in the mainstream category.