Winery capitalizes on its urban location

A back alley covered in graffiti in downtown Denver might be the last place anyone would expect to find a winery. Nevertheless, that’s the location that founder and 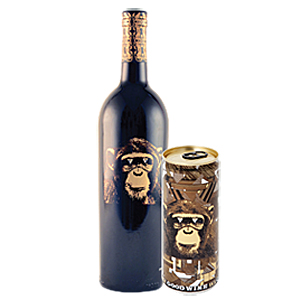 “It’s very important to keep a local fruit component, which is what people really love,” Parsons says. The company sources 95 percent of its grapes from vineyards in western Colorado. However, Colorado can be a difficult place to grow grapes, so the remaining 5 percent comes from other states to account for any inconsistencies with the local crops, he explains. Its urban location also enables the company to be selective about its choice of vineyards as well as to capitalize on nearby restaurants and stores, he adds.

With the state divided by the Rocky Mountains between the western slope and the front range, it made sense to locate the winery in the front range closest to most of Colorado’s population, restaurants and wine stores, Parsons explains.

Unlike other wineries, The Infinite Monkey Theorem sells most of its products wholesale instead of retail. It offers its wines in kegs for on-premise locations, which complements the growing popularity of wine-by-the-glass programs. The company’s wine tap system can keep wine fresh for approximately four months and can save operators money by eliminating the cost of bottles, Parsons says.

According to Parsons, “Everything the Infinite Monkey Theorem does has been very different and non-traditional.” Its packaging is no exception. Upon its opening in 2008, the company packaged its wines in bottles, but in June 2011, it began canning most of its wines.

Overall, people in Colorado are very outdoorsy, he explains. If people are hiking, it’s practical to carry a canned beverage that isn’t prone to breakage, chills quickly, is lightweight and can be crushed to save space in backpacks, he says. Additionally, cans are ideal for venues where glass is not allowed, and the package provides a new way to enhance wine offerings at those venues.

When selecting a non-traditional wine package, the company needed to make sure the taste of the product would not be affected. Therefore, the company met with a tasting panel every four weeks for a period of time as well as a sensory panel, which had trained for two years to assess multiple products, to ensure there were no taste differences between the bottled wine and the canned wine. To date, there has been no flavor impact on the wines from the cans, Parsons says.

“Anyone probably younger than 40 would be immediately drawn to the packaging, but in doing so, I think we’ve picked up a lot of people from multiple generations who want to try what everyone’s talking about,” he says.

The company also promotes its products through social media campaigns as well as strategic parties and events. This year, for example, it’s sponsoring the USA Pro Cycling Challenge to get the brand’s name out there, Parsons notes.

The company and brand name also might intrigue consumers to try the product.

“The Infinite Monkey Theorem is an old mathematical theorem that states if you sat a monkey at a typewriter and it had an infinite amount of time that it would type the entire works of Shakespeare,” Parsons explains.

To him, the theorem is about finding order in a chaotic system, such as agricultural production, he says. Considering all the variables involved in wine-making, such as the location of the vineyards, the variety of grapes, the growing process and the manufacturing process, the goal is to capture “a work of art,” he says.

In its four years in business, the company has consistently sold out of its products, Parsons says. Its next step will be expanding distribution to New York and California, he says. BI