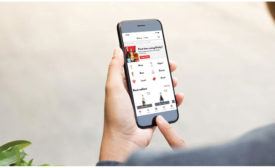 Associations, retailers work to protect their essential workers
Jessica Jacobsen
No Comments
As consumers altered their buying patterns during this pandemic, distributors, manufacturers and retailers have stepped up their efforts to keep those essential needs fulfilled.
Read More 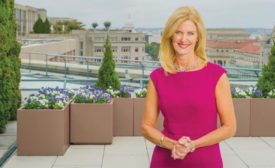 Association addressing sustainability, truck driver shortage with next initiatives
Jessica Jacobsen
No Comments
As the trade association celebrated a century of refreshment, it welcomed a network of beverage industry executive leaders for its Centennial Advocacy Summit, which took place Oct. 28-30 in Washington, D.C.
Read More America’s leading beverage companies — The Coca-Cola Co., Keurig Dr Pepper and PepsiCo — announced the launch of the Every Bottle Back initiative, an effort to reduce the industry’s use of new plastic by making significant investments to improve the collection of the industry’s valuable plastic bottles so they can be made into new bottles. 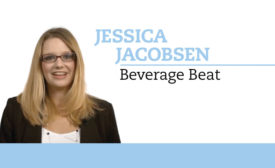 DRIVE-Safe Act would allow drivers 18-21 obtain CDL
Jessica Jacobsen
No Comments
According to the American Trucking Association (ATA), the nation needs an estimated 50,000 additional truck drivers immediately as the shortage is expected to grow to more than 174,000 by 2026.
Read More

Lugar most recently served same role with AHLA
No Comments

Best of luck to Susan Neely

ABA’s CEO departs for ACLI
Jessica Jacobsen
No Comments
I have told many how much I believed that Susan was one of, if not the best, leaders among trade associations.
Read More

Beverage industry addresses sugar reduction through Balance Calorie Initiative
Jessica Jacobsen
No Comments
As many working within this industry know, these taxes extend to nearly all beverage categories (minus 100 percent juice, milk, milk alternatives, infant formula, medical-use beverages, therapeutic meal replacements, or syrup and powder mixes). Many retailers and consumers are noting the confusing nature of these taxes.
Read More Neely named 2017 Trade Association CEO of the Year
No Comments

CEO Update has named Susan K. Neely, president and chief executive officer (CEO) of the Washington, D.C.-based American Beverage Association (ABA), the 2017 Trade Association CEO of the Year, an annual award recognizing outstanding trade association executives. Neely received the award for her forward-thinking leadership as the head of the ABA and her dedication and service to the wider association community, the company says.

America’s leading non-alcohol beverage companies are celebrating America Recycles Day, which takes place Nov. 15, with the latest gains in their mission to eliminate all waste going to landfills from their U.S. production facilities, according to the Washington, D.C.-based American Beverage Association (ABA).

New members join Board of Directors
No Comments

The Washington, D.C.-based American Beverage Association (ABA) announced the election of Jeff Honickman, chief executive officer of Pepsi-Cola & National Brand Beverages Ltd., Pennsauken, N.J., as chair of its Board of Directors, as well as other officers and members to the Board.

Where do beverages fit in the future of cannabis

Lightweight Beverage Packaging: How Producers Can Save Money and Lower Their Carbon Footprint in 2020

Lightweight PET dispensing systems are a quick and easy way to reduce your operating costs and achieve your sustainability goals. In a time of financial challenges and shifting market demand “lightweighting” is an ideal opportunity for senior leaders and operations managers to save money and adapt to consumer needs.

In this webinar, you will learn how craft brewers and distillers are evolving to accommodate the strong demand for locally crafted beer and spirits as well as where cannabis infusions will fit into the future.
View All Submit An Event

The May 2020 edition dives into where beverages fit in the future of cannabis. Readers also can find out how beverage market and retailers are adjusting to handle coronavirus. Additionally, this issue highlights the latest trends impacting protein and sports drinks, fiber and probiotics, packaging design and much more!