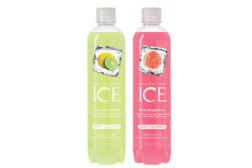 As companies continue to position bottled water as a healthier refreshment, the category saw sales rebound across segments leading to an overall category boost of 2.9 percent for more than $7.7 billion in sales, according to SymphonyIRI Group, Chicago, for the 52 weeks ending May 15 in U.S. supermarkets, drug stores, gas and convenience stores and mass merchandise outlets, excluding Wal-Mart. 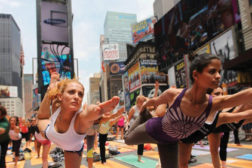 Thousands of people flocked to Times Square for yoga sessions, health and wellness talks, music and tranquility for the Lucy Summer Solstice in Times Square event on June 21, which featured Sydney-based Balance as the official beverage sponsor of the event. Packaged in a biodegradable and recyclable bottle, Balance Mind is a non-flavored, enhanced water that features the functional benefits of focus and concentration. 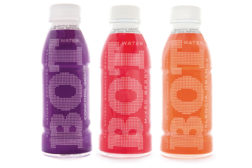 Princeton, N.J.-based Bot Beverages LLC re-launched its enhanced water with new packaging designed to appeal to an adult audience. Formerly positioned as children’s beverages targeted to appeal to moms, Bot’s previous packaging had a white background that used a different color and character to represent each of the low-calorie flavored water varieties. The company has repackaged its existing Key Lime, Valencia Orange, Blue Plum, Mixed Berry, Meyer Lemon and Concord Grape varieties in 16.9-ounce packages featuring primary color blocking with a white dot pattern that is intended to appear modern, friendly and light, according to advertising and design agency TDA_Boulder, which completed the redesign. 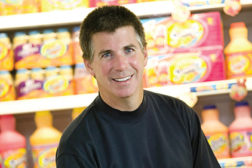 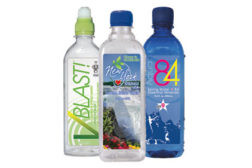 Science for a Healthier Future

Jessica Jacobsen
No Comments
Low-calorie, natural, organic and low-sugar are most popular claims made by beverage manufacturers targeting the younger demographic.
Read More

Jennifer Zegler
No Comments
Bottled water company shares the benefits of Blue Spring.  Family-owned for more than 70 years, the Callaway family started Callaway Blue Spring Water in 2001 to share the product of the family's privately owned spring in Hamilton, Ga.

Bottled at the source of an underground well in the village of Saint Jana, Croatia, near the Adriatic Sea, the water in Jana Natural European Artesian Water may be 3,000 to 7,000 years old, but it has been distributed in the United States for only four years.

This webinar will look at what 3D printing applications and materials are working in the F&B industry and how to quickly achieve results that dramatically streamline operations.

In light of the widespread use of rPET in the beverage market, the quality control of preforms is a useful activity that is experiencing increasing importance today. Together with the players of this market, we think the purpose of controls isn't just to detect defects but their prevention through process correction.
View All Submit An Event