As the functional and flavorful capabilities of domestic and exotic fruits continue to be experimented with, a healthy mix of traditional and emerging combinations are on the horizon for beverages, experts note.

“For example, acerola cherry has become more popular lately for its vitamin C content, which is associated with immunity and health,” says Kristen Wemer, director of research and development, Flavorman. “Obviously, these are hot topics right now so the next generation of beverages will reflect that,” she says.

Rebecca Shurhay, marketing analyst for Flavorchem, Downers Grove, Ill., notes data that supports this from Innova Market Insights, which states that 60 percent of surveyed global consumers are looking for food and drink products that support their immune health, while Hartman Group found that 46 percent of its respondents expressed interest in trying functional beverages.

“The pandemic has accelerated demand for functional products as concern surrounding immune health has become a top priority,” she says. “Exotic fruits appeal to beverage-makers and consumers because of their perceived health benefits, functional claims and visual appeal.” 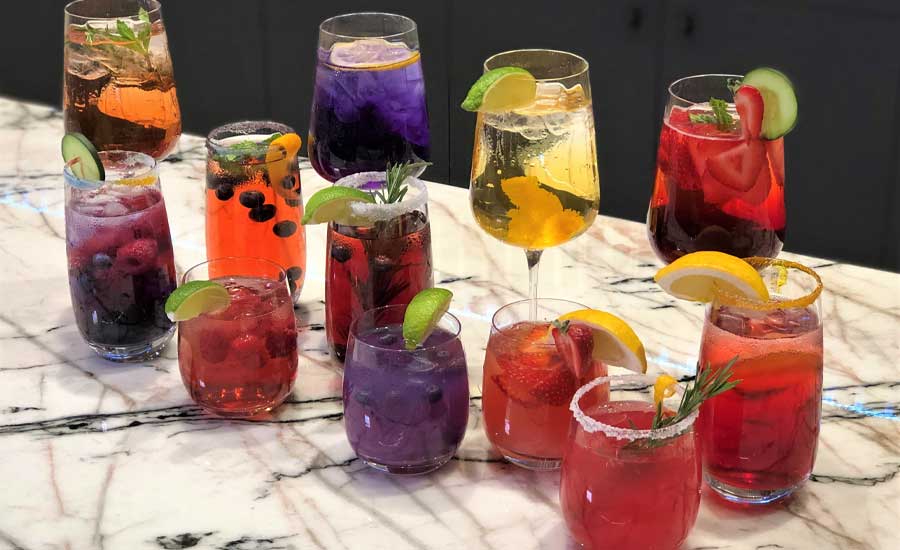 Kyra Appleby, innovation technologist at iTi Tropicals, Lawrenceville, N.J., adds that as consumers are more health conscious than ever before, especially in regards to immune health, there has been a positive push toward increased utilization of domestic and exotic fruits for their functional properties.

“Domestic and exotic fruits are more widely used in beverages now to add vitamins, minerals, antioxidants and phytochemicals, increase the juice content of the beverage, reduce the added sugar content, and potentially reduce the caloric load,” she says. “The end-goal is to ultimately make a beverage that not only tastes good, but also nourishes the body.”

As beverage-makers utilize traditional and emerging flavors, fruit flavors continue to remain in the highest favor with consumers, experts note.

Katie Clark, lab manager and beverage architect at Flavorman, notes that domestic citrus fruits, like lemon and lime, are as staples in the beverage space, but grapefruit is quickly becoming just as popular.

“The versatility of citrus flavors is endless. They make delicious sodas and cocktails and can even help to alleviate medicinal notes in functional ingredient-heavy products,” she says. 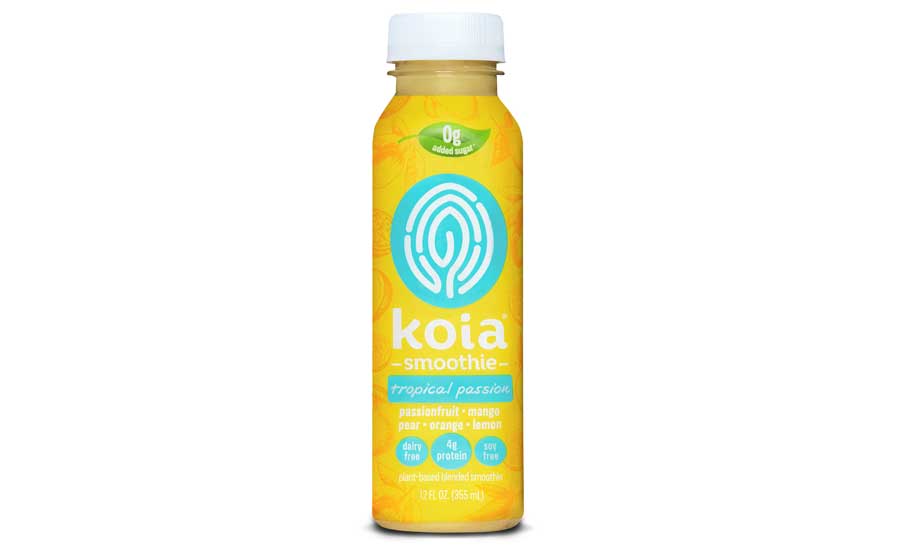 Specifically, Clark is seeing an increase in demand for type-specific fruit profiles such as key lime, Meyer lemon, and ruby red grapefruit, as brands look to regional variation to differentiate their products from similar ones on the market. Where exotic fruit profiles are concerned, she says that mango, guava, and dragon fruit are becoming more mainstream in beverages.

Brian Loukmas, vice president of innovation for Monin, Clearwater, Fla., notes that as travel is limited for most people, customers also are looking for mini-escapes through their food and beverage items.

“Using exotic fruits allows customers to travel the world in the safety of their seat,” he says.

Flavorman’s Wemer adds that exotic fruits are an entry point for those experiences. She notes that guava is emerging, driven by the popularity of passion fruit orange guava (POG) flavor combinations across many beverage categories, as well as a other lesser-known fruits.

“Driven by consumer interests in regionality, I would add that paw-paw and huckleberry are domestic fruits getting more attention,” she says.

Monin’s Loukmas also notes that as the company was developing clients’ summer beverages in December, he saw rising demand for passionfruit, guava, dragon fruit, and yuzu.

“Exotic fruits deliver a unique taste and look to beverage applications, though sometimes customers are hesitant to try something they have never heard of before,” he says. “This is where [pairing with] domestic fruits comes into play and makes the beverage approachable: it is something familiar with a twist like a Honey Yuzu lemonade.” 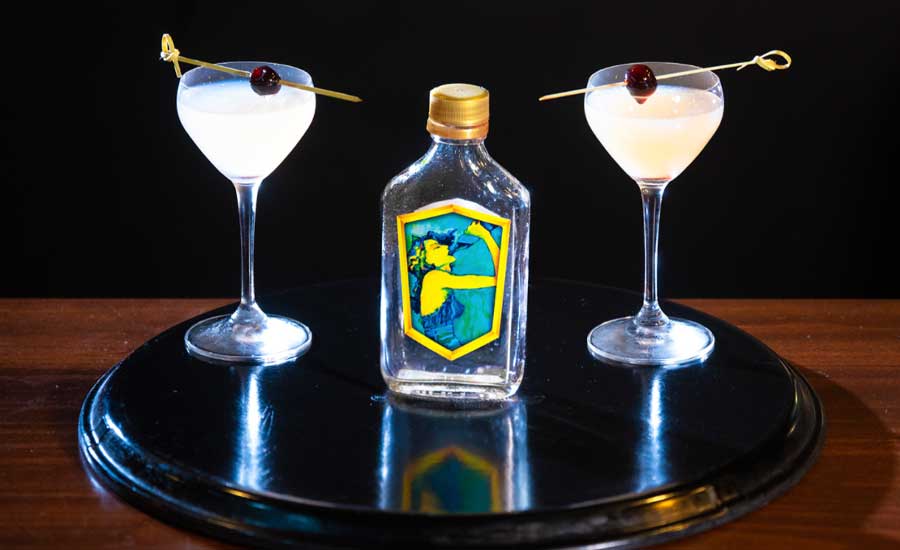 Click image for larger version
Yuzu mixed with Chartreuse & Maraschino Cherry Liqueur is a combo demonstrated by The Chef’s Last Word cocktail at the Savant. (Image courtesy of Savant restaurant)

A large base of consumers, however, are looking for simplicity in the products they’re buying, which is driving these trends, Flavorman’s Clark says.

“We’re also seeing an uptick in tequila-based ready-to-drink (RTD) cocktails leaning on fruit profiles — think of classics like the Margarita and Paloma, which seem to be drivers here,” she says.

Flavorman’s Wemer notes that cranberry is a familiar flavor that went out of vogue for a bit, but now is seeing a resurgence in craft cocktails and seltzers, along with watermelon.

“Watermelon has been hot for the past two years as well; it’s sweet and often nostalgic for consumers,” she says.

Alyssa Borgesi, project manager at iTi Tropicals, notes that coconut water is one beverage with continued clout in the industry because of its naturally occurring electrolytes, vitamins and minerals, and its incredible versatility.

“Coconut water blends well with many flavors because it is light in color and subtle in flavor,” she says. “Dragon fruit and mango also are popular because they have become more familiar with consumers in the recent years, and their bright colors and exciting flavors contribute to their addition in many platforms.” 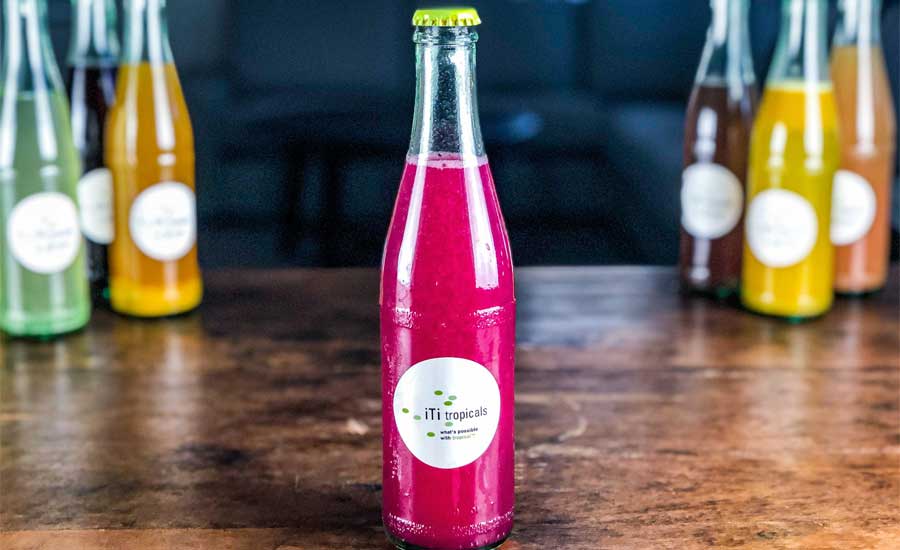 “Lychee is trending in craft cocktails, in particular, for its familiar grape-like flavor, benefited by a delicate floral note that adds a layer of sophistication,” she says.

In addition to lychee and guava, yuzu and kiwi are the next big flavors in exotic fruits, Monin’s Loukmas says.

“Guava is a very versatile flavor that works in all kinds of drinks, as well as delivers a nice color to enhance drinks, but yuzu also is becoming more popular with bartenders as they are swapping out the traditional lime or lemon for this new flavor,” he says. “Kiwi keeps making an appearance in drinks here and there.”

When it comes to the top domestic fruits of the future, Flavorman’s Clark notes that three aspects will determine that performance: availability, affordability and familiarity.

“Availability is always going to be the biggest driver of exotic fruit trends — both where sourcing is concerned and in terms of the options available to consumers on the market,” she says.

iTi Tropical’s Borgesi agrees, noting that making a new and exciting formulation using exotic fruits is simple, but it can be difficult to find a reliable source for the materials.

“The best way to address these challenges is to have a highly valued relationship with your vendor that thrives on trust and transparency,” she says.

Flavorman’s Wemer predicts that interest in exotic fruits likely will continue as consumers look for the next new thing. She adds that often a new exotic fruit will be combined with a more familiar domestic fruit to ease more hesitant consumers into trying something new.

“I see exotic fruit flavors emerging beyond beverage and entering other categories like confectionery, dairy and sports nutrition,” Flavorchem’s Shurhay says. “Brands that blend well-known fruits, like strawberries and mangos, with fruits that consumers may be more unfamiliar with, like black currants and acerola, have a better chance of expanding their consumer reach.”

Flavorman’s “2021 Flavor Trends” report says that, on the horizon, we can expect to see fragrant flavors like hibiscus, elderflower, and orange blossom combined with other berry, botanical and citrus elements to emphasize functional ingredient blends in naturally positioned teas, enhanced waters, flavored kombucha and more.

“It isn’t necessarily about what the next up and coming fruit is, but rather, where the next application will be,” Shurhay says. “We believe the horizon is full of innovative possibilities to utilize fruits in new platforms and markets. Domestic and exotic fruits will continue to shine in functional beverages, low-calorie beverages and low-sugar beverages, while fruits such as acerola and coconut water may continue to see an increase in the beverage industry because of their functionality.”