The idiom “United we stand, Divided we fall,” emphasizes the importance of unity and the imminent success that’s likely to come from uniting people for a common goal and a common good. With “united” part of their company name, Coca-Cola Bottling Co. UNITED and its 10,000 associates are teamwork personified. Each day, they ensure that more than 1,200 SKUs of carbonated soft drinks (CSDs), still and sparkling waters, sports drinks, energy drinks and ready-to-drink teas and juices are delivered to more than 150,000 customers across six Southeastern states.

Founded in Birmingham, Ala., in 1902 by Crawford Johnson Sr., Coca-Cola UNITED rose from humble beginnings when Johnson Sr. left Chattanooga, Tenn., for Birmingham with $12,000 and a plan to start a Coca-Cola franchise with one “employee,” and a mule named Bird, which he used to make deliveries.

Beginning as a part-time accounting clerk in 1979, Sherman has been with The Coca-Cola System for more than “41-derful years,” he proclaims. 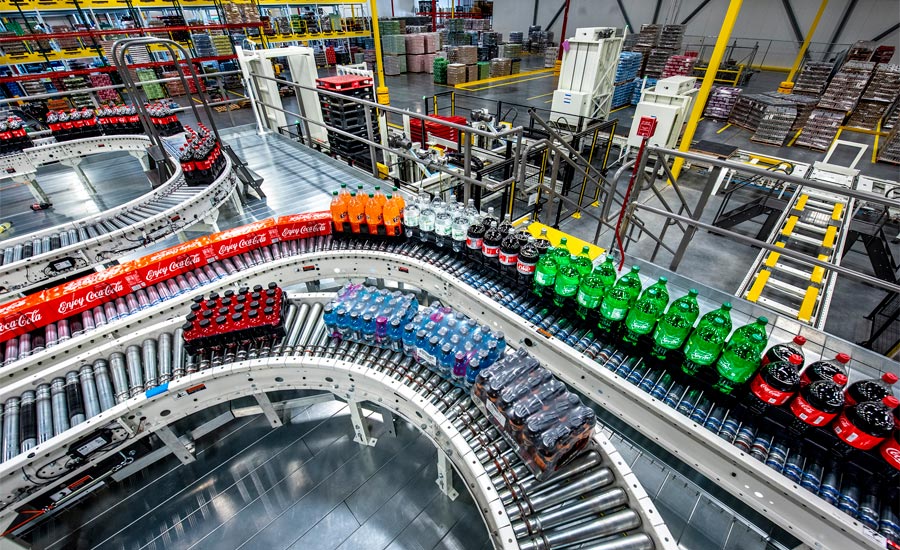 Click image for larger version
Installed in two of UNITED’s facilities, Vertique, an automated case picking and palletizing system, has helped the bottler optimize its warehouse operations by changing the manual ordering process into an efficient sequential operation. (Image courtesy of Coca-Cola UNITED)

“I feel very fortunate and grateful to be part of this great enterprise,” the CEO says. “I’ve learned over the years that all Coke bottlers, while fundamentally serving the same purpose, are unique. This could be due to geography, market density or consumer differences. From Coke UNITED’s perspective, I believe our uniqueness begins with our culture and purpose. Coke UNITED exists and excels for the benefit of our associates, consumers, customers, communities and owners.

“This order is deliberate because we deeply believe that if we invest and provide resources for our associates, our No. 1 priority, and treat them with respect and integrity, their quality and excellence every day will ultimately benefit all of our stakeholders and enable us to survive and thrive,” he continues. “Our culture is grounded on the belief that this is a local business based on relationships, service and community. This belief structure drives the way we are organized, where resources are invested and where decision rights rest in our organization. The closer the decision rights are to our local market, the better our decision will be.”

To support local communities and nonprofits, Coca-Cola UNITED has contributed millions of dollars in grants and product donations to empower and impact those in need. For instance, it offers a “Pay it Forward” internship program for students from 16 historically black colleges across its footprint, and in 2016, it established an Employee Relief Fund that has bestowed more than $750,000 in grants to associates facing hardships or who have been impacted by a natural disaster.

With a rich history, commitment to teamwork and its stakeholders, and a nearly $300 million investment in facilities, fleets and technology, Coca-Cola Bottling Co. UNITED, as an essential employer, also has demonstrated toughness, determination and resiliency during the global pandemic. This, as well as its dedication to its local communities and the diversity of beverages it distributes throughout the Southeast, is why Coca-Cola Bottling Co. UNITED has been named Beverage Industry’s 2021 Bottler of the Year. 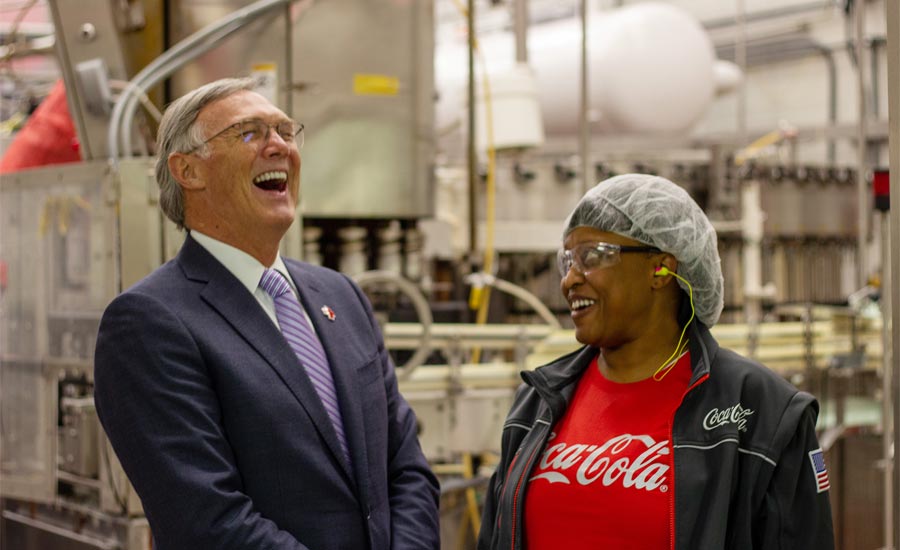 Click image for larger version
Coca-Cola UNITED President and CEO John Sherman shares a laugh with Birmingham, Ala., associate Jasmin Ray. Approximately 10,000 associates work for the bottling company. “They are the secret to our success,” Sherman says. (Image courtesy of Coca-Cola UNITED)

From its founding in 1902 by Johnson Sr., the story of Coca-Cola Bottling Co. UNITED is an “amazing, refreshing story” of an American-owned business that journeyed to become the third largest bottler of Coca-Cola products in the United States, Sherman says.

“It’s amazing to see our enterprise today,” the CEO enthuses. “We now have three fifth-generation Johnson family members working for the company. This has a lot of significance for us because less than 3 percent of family-owned businesses last beyond the third generation. So, by these facts, Coca-Cola UNITED is an outlier.”

Sherman also points out that several of UNITED’s distribution centers and geography also are steeped in history. For instance, Chattanooga Coca-Cola was established in 1899 as the world first’s Coca-Cola  bottler. The world-famous original Coke recipe was created in Columbus, Ga., and Atlanta is home to the global headquarters of The Coca-Cola Co.

“You can imagine how proud we are that the very first bottling enterprise is part of our family, as a production facility and a sales and distribution center,” Sherman says. “… I may be biased, but I believe we have one of the finest Coca-Cola bottling franchises in the world.

“In terms of evolution, I would be remiss if I didn’t talk about what has changed over the past five to six years,” he continues. “We have grown more than three times our size, with our customers going from 50,000 to 150,000, 30 facilities increasing to 60 and our revenue quadrupling from $750 million to $3 billion. To put it in perspective, in 2014, we had 18 sales centers and three manufacturing facilities, and today we have 52 sales centers and eight manufacturing plants.”

Yet, according to Sherman, the most exciting part of the bottler’s expansion is new team members — from approximately 2,900 employees to 10,000. “It’s amazing to watch, especially since the secret to our success is the people of Coke UNITED,” he stresses. 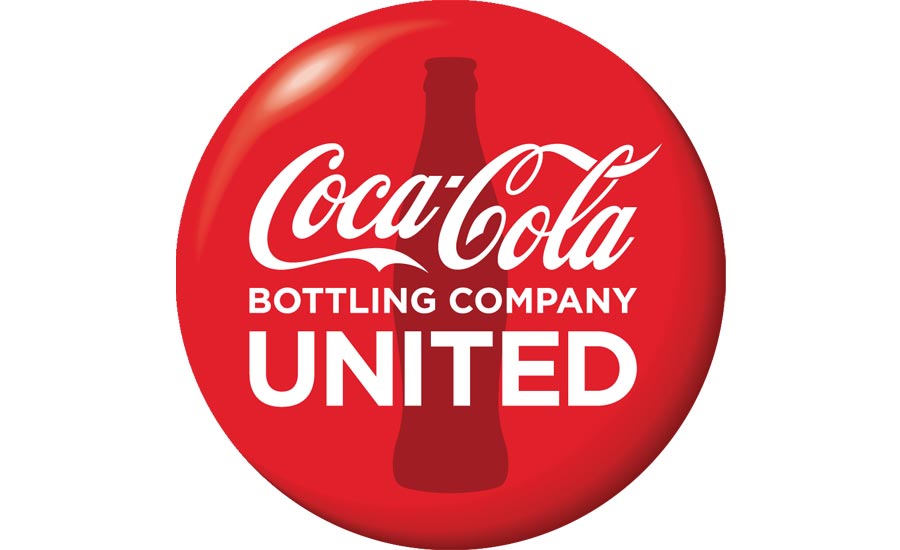 In addition to new hires to keep pace with the tremendous growth, Coca-Cola UNITED invested nearly $300 million to optimize and automate its warehousing operations. Enter the Vertique solution. The automated case picking and palletizing system was installed in the Chattanooga, Tenn., production facility in 2016, and in the new $86 million, 456,000-square-foot South Metro Atlanta sales and distribution center which opened in 2020.

Vertique also will be pivotal to automating bottling operations at UNITED’s soon-to-open $60 million, 300,000-square-foot sales and distribution center in Tifton, Ga., scheduled to open in May 2021. Based on the company’s Strategic Investment Plan, Vertique will eventually be installed in facilities in Louisiana and Alabama, bringing the total number of installations to eight, Sherman notes.

“Vertique allows Coca-Cola UNITED to handle our expanding portfolio and SKU proliferation,” the CEO explains. “At the end of this journey, we will have nearly 85 percent of our inventory in eight large automated warehouse; each with the capability of conducting other direct-to-consumer routes like eCommerce and eFullfillment. Although we will be consolidating inventory, we will maintain our current facility footprint in the communities where our associates work and live.

“Our warehouses were not getting any bigger, and our portfolio and SKUs were expanding rapidly, and we didn’t want our infrastructure to be a barrier to growth,” he continues. “Vertique changes the manual ordering process into an automated, ergonomic and efficient sequential operation. It significantly improves accuracy and the ‘on time in full’ customer experience, saving time and physical stress.”

When it comes to the expense of installing the Vertique system, Sherman notes that they use $1 million per 1 million cases as a benchmark. He explains, “Like any other automation technology, you can plus up capabilities, which raises the investment, but this benchmark has been a good estimate. We do 35 million cases out of our South Metro facility, so the math is pretty easy.” 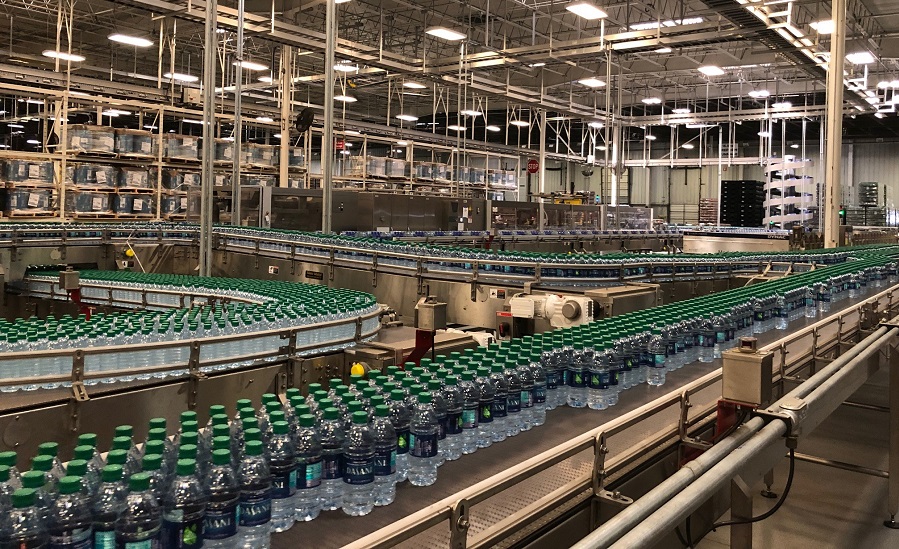 Click image for larger version
Among the beverages manufactured at the Montgomery, Ala., production facility are Dasani waters. (Image courtesy of Coca-Cola UNITED)

Due to health-and-wellness trends, many consumers are seeking healthier beverage options such as still and sparkling waters.

Yet, CSDs are one of the largest liquid refreshment categories within the beverage industry. In fact, carbonated beverage sales totaled $29.4 billion for the 52 weeks ending May 17 in total U.S. multi-outlets and convenience stores, up 4.6 percent from the prior-year period, according to Chicago-based Information Resources Inc. (IRI). However, case sales still look to be in decline as carbonated beverages were down 1.4 percent, IRI data states.

When it comes to the refreshment of its customers, Coca-Cola UNITED has diversified its portfolio to include a plethora of carbonated and non-carbonated options, including Coca-Cola, Diet Coke, Coke Zero Sugar, Dr Pepper, Sprite and Fanta as well as bottled waters like Dasani and smartwater, canned sparkling water like AHA along with Powerade, BodyArmor, fairlife, Monster and Minute Maid brands.

Coca-Cola UNITED, as part of The Coca-Cola System, has met the demands of customers by offering a Beverages for Life strategy that includes a 50 percent composition of low- and no-calorie beverages, along with its traditional brands.

Sherman notes that the company’s sparkling soft drinks category is “very robust right now.” “It is the fastest growing category in our portfolio, outpacing water growth by three to one,” he explains. “Our sparkling performance is very strong right now as more people are eating at home due to COVID. And we all know that a Coke goes great with food.”

The popularity of a certain CSD brands often depends on regional variances, but Coke Zero Sugar has been UNITED’s fastest growing sparkling brand for many years, he adds.

“While there are definitely regional variances, especially for brands like Barq’s in Louisiana, or Mello Yello in Alabama, Coca-Cola remains our No. 1 brand by a long shot and [holds] a 23 sparkling share within our geography, followed by Dr Pepper at a 14 share,” Sherman says. “We have an amazing portfolio of brands and occupy the No. 1 or No. 2 trademark in almost every category in which we compete.”

Dasani is No. 1 in still water; Minute Maid is the No. 1 juice; and Core Power is the No. 1 product in value-added dairy. No. 2 in the market are Gold Peak tea; Monster energy drink; and Powerade, which when combined with BodyArmor, is equal in share to Gatorade, he says.

“Our recognizable brands are grounded in values like quality and excellence,” he explains. “We don’t take shortcuts, and we have zero interest in second place. Our Coca-Cola UNITED team is the reason our future is bright. Despite a pandemic, multiple hurricanes, supply chain disruptions and challenges to the business, they never give up.

“In this extraordinarily difficult year, we’ve been able to sustain our business targets and serve our customers and communities at the highest levels,” he continues. “Our employees are amazing.”