The phrase “no pressure, no diamond” highlights the extreme conditions that coal undergoes in order to evolve into a diamond. For Ricky Miller III, that phrase took on both figurative and literal meaning when he created his company, Carbonadi Vodka, Irvine, Calif.

Founded on Miller’s “burning desire to elevate the vodka category around the world,” the entrepreneur set out to create a luxury vodka brand that glides across the tongue.

“Carbonadi is made with organic winter wheat, traditionally distilled five times, but what makes it special are the last two steps,” Miller says. “We first filter it through raw, uncut, and unpolished rare black diamonds, also known as carbonados. The microporous attributes of these black diamonds extract impurities that a traditional filter cannot get to. This is what gives Carbonadi its super clean taste profile with minimal hint of ethanol.

“The last step is the micro-oxygenation which is where we pump a very specific amount of oxygen into the spirit to give it it's creamy texture,” he continues. “This step elongates the molecules so that [the] spirit glides across the tongue as opposed to poking and burning like most alcohol does.”

“My choice in Italy was rooted in my love for Italy, its amazing people, its beautiful land, and its incredible food,” he says.

A true gem
Ricky Miller III details what went into his desire to create his luxury vodka brand, Carbonadi Vodka.

Available in high-end restaurants, hotels, private clubs, and fine wine and spirit shops, Carbonadi Vodka also has distribution in major grocery stores in California, New York, New Jersey, Florida and Nevada. These off-premise outlets became a bigger factor for the luxury vodka brand when the novel coronavirus shutdown much of the on-premise sector in March and April.

“We took a big hit because we're an on-premise-focused brand,” Miller says. “But fortunately, our consumers are loyal consumers, and now our retail sales are booming. We've just adjusted by allocating all of our time and attention to retail, but want so badly for our restaurant and hotel brothers and sisters to [get] back in the mix ASAP. So net/net, we haven’t taken any steps backwards.”

Despite the setbacks associated with shutdowns of on-premise outlets, Carbonadi Vodka remains focused on its growth goals in the United States and abroad.

With a position as a luxury vodka, Carbonadi Vodka’s place in the spirits market remains with niche company.

“Currently, there are very few true luxury spirits on the market,” Miller explains. “There are plenty of super-premium, which is defined by price, but very few true luxury spirits whose product, price, and positioning all match up. We hang our hat on playing in the luxury space and delivering every single time a consumer drinks Carbonadi or attends a Carbonadi event. There are too many products that come in fancy bottles and are priced high just to be priced high, and the juice doesn't live up to the hype.” 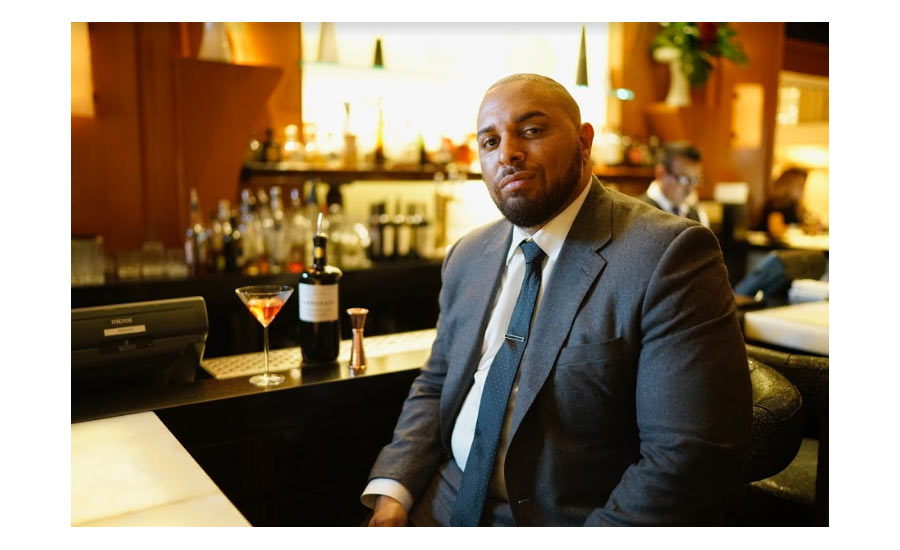 Click image for larger version
Ricky Miller III’s “burning desire to elevate the vodka category around the world” led to the creation of Carbonadi Vodka, a luxury spirit that glides across the tongue. (Image courtesy of Carbonadi Vodka)

Luxury positioning isn’t the only thing that separates Carbonadi Vodka from other participants in the craft spirits space. As a minority business owner, Miller notes that he has been paying closer attention to representation and what that means for the future of minority-owned businesses in the spirits market.

“I do get asked this a lot, which is actually causing me to pay more attention to situations that might be influenced by me being black,” Miller says. “But honestly, I've never paid too much attention, probably because I'm the opposite of entitled and expect nothing from everyone, and am committed to earning every ounce of success that comes my way. Have there been blatant instances of racism? For sure, but only by those very specific dumb-ass people. I'd never generalize an industry and say that the industry as a whole is racist because of a few bad apples.

“Now, I'm not oblivious to the fact that black people are severely under-represented in the alcohol industry, but just like anything else, i.e., tennis, golf, or hockey, etc., black people and/or minorities need to see others like them thriving for them to have a desire to pursue it,” he continues. “There have been a lot before me to do well in this industry and there are a lot of minorities thriving now, but it's going to take time and uber success to inspire minorities as a whole to want to play this game.”

Miller encourages future minority craft distillers to hone their craft to create the confidence they need to sell it to consumers.

“Create something you're proud of,” he says. “Know that people will always doubt you, not always because of the color of your skin, but to protect their schedules and minimize wasted time. And unfortunately, sometimes based on the color of your skin, they will subconsciously look at you as a waste of time. You cannot care though. Your fire to succeed has to burn so hot that it burns through all obstacles, road blocks, and ‘unfairness.’”