The ups and downs of 2020 have made retailers and consumers alike accustomed to constant change. However, in the midst of upticks in eCommerce and interruptions to traditional purchasing practices, convenience stores (c-stores) could be on the cusp of opportunity for improvement and growth.

Lori Stillman, research vice president for National Association for Convenience Stores (NACS), recently made a statement that even before COVID-19, there had been indicators of shifting shopping patterns and businesses beginning to offer contactless payments, curbside pick-up, drive-up/drive-thru options and more.

“For many retailers, these ‘strategic priorities for tomorrow’ were deprioritized for what felt like more urgent tasks that, for many, have been left unattended to in recent months with little to no impact on the bottom line,” Stillman said in a statement.

San Francisco-based DoorDash recognized this opportunity back in April when the company announced in blog post by Mike Goldblatt, head of grocery partnerships, and Fuad Hannon, head of new business verticals, that DoorDash was partnering with regional and national convenience stores across the United States to offer delivery of on-demand essential household products through a no-contact drop-off option. 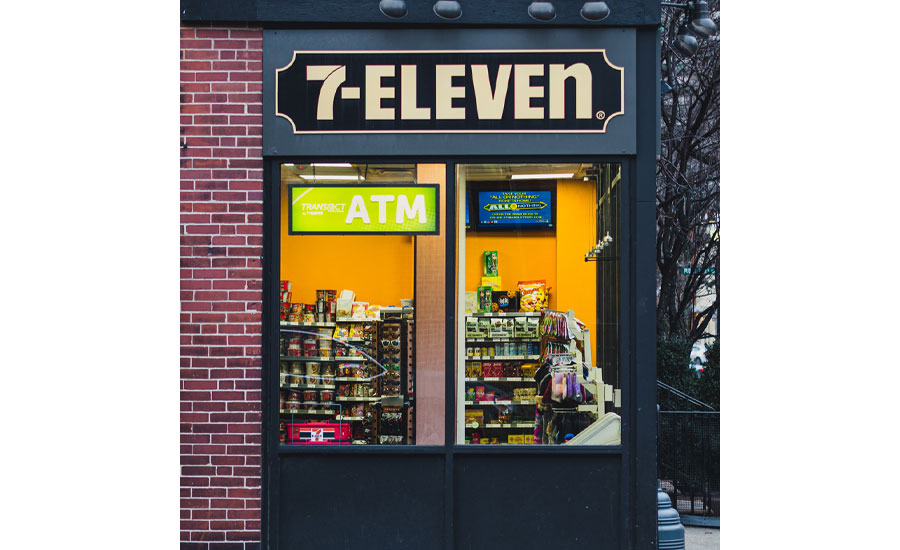 Click image for larger version
Since the onset of pandemic, CPG has grown 20 percent compared with the same timeframe a year ago. C-stores are only growing at 3 percent during this timeframe, according to IRI Worldwide. (Image courtesy of Kentaro Toma, www.unsplash.com)

The company took it a step further in August when it announced the launch of DashMart, which Andrew Ladd, director of new verticals, describes in a blog post as “a new type of convenience store,” which allows restaurant, merchant partners to sell their retail products through the DashMart platform.

Despite eCommerce-influences, the convenience store channel has been challenged during this pandemic. Larry Levin, executive vice president of market and shopper intelligence at Information Resources Inc. (IRI), Chicago, says that the convenience channel is trailing other channels as far as growth is concerned because of these shifts in shopping patterns and consumers going out less.

“Since the onset of COVID-19, CPG has grown 20 percent compared to the same timeframe a year ago,” he says. “C-store, known for its prior stellar performance, is only growing at 3 percent during this timeframe, while U.S. food channels have jumped 28 percent.”

He notes that there was a bit of a positive shift in the end of July and early August, in which the channel was up 4.7 percent, though still trailing the overall market, which was up nearly 12 percent.

In the midst of the pandemic, IRI data shows that packaged beverage sales represent 19.2 percent of all sales since the outbreak; however, the beverage market’s share of sales is on the rise as it now accounts for 21 percent, driven by a 4 percent increase compared with the same period last year.

However, convenience stores have not been the benefactor of this growth. Levin explains that c-stores account for 29.4 percent of all beverage dollar sales, which represents a loss of 2.8 percent share points.

In a July 23 blog post, mobile platform Koupon Media, Addison, Texas, also is tracking the beverage sales operating at a 3 percent sales loss and unit sales down 9 percent, but adds this a vast improvement when compared with April sales. According to the post, beverage trips were down 42 percent in early April compared with a year. Although still in the red, beverage trips improved for the week ending July 21 being down only 14 percent versus the previous year.

Although beverage sales have been challenged, not all beverage categories have suffered. Koupon Media, Addison, Texas, reports that as virtual happy hours become more popular, there has been a shift toward c-store visits later in the day and a corresponding increase in the sales of adult beverages. For the 10-week period ending May 2, wine total dollar sales were up 9 percent, beer was up 6 percent, and spirits were up 24 percent compared with the previous year.

Energy drinks remain the top-selling beverage category in the channel. New York-based Nielsen reports that the category recorded at $9.2 billion in dollar sales for the 52 weeks ending June 27, up from $8.9 billion in 2019.

Seeing the future for c-stores

NACS’s Stillman notes that c-stores are positioned to lead the economic recovery of retail thanks to its 165 million transactions each day.

Going into 2021 and beyond, she lists five areas where in which the c-store industry can thrive:

IRI’s Levin agrees, adding that the channel must continue to innovate to meet consumer demand.

“In general, the channel should rebound in the coming years once a COVID-19 vaccine is in place,” he says. “However, the c-store market also must continue to evolve with better-for-you, strong promotions, and a wider assortment in terms of products and packages."