From a wild art project and “experiment” to start a Jewish celebration microbrew, Shmaltz Brewing Co. has advanced from delivering 100 cases of HE’BREW Beer out of a Volvo to building a brewery in Upstate New York and back to a contract brewing model while combining innovation and “schtick” to expand its brand across 30 states, through 40 wholesalers and in nearly 5,000 retailers.

Founded in 1996 as a 100 percent contract packed venture in San Francisco, Shmaltz Owner and Founder Jeremy Cowan details that his microbrewery started as a whim and an “inside joke” with a group of longtime friends. “I honestly thought it was just fun, funny and delicious to have my own beer and to be able to share it to those who might get a kick out of it,” he explains. “I went to a tiny little brewery in Northern California that made me 100 cases of our first HE’BREW Beer, which we then hand-bottled, hand-labeled and I delivered it by borrowing my grandmother’s Volvo to several accounts in Northern California. 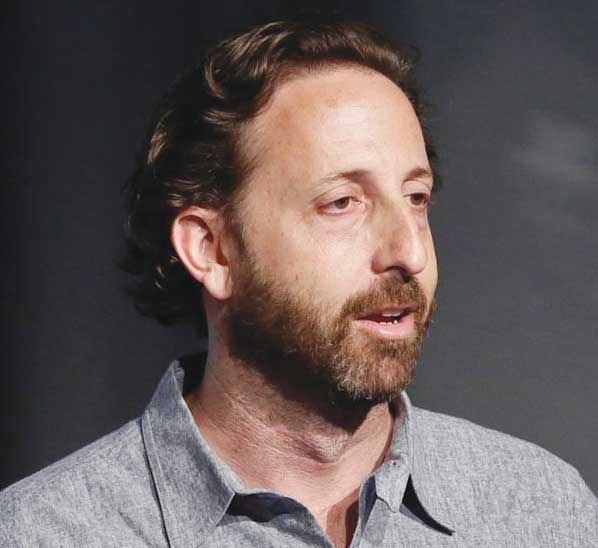 Founded in 1996 by Shmaltz Owner and Founder Jeremy Cowan, the microbrewery that began as an “experiment” now boasts a portfolio of 12-15 craft beers with such “schtick” names as Hop Momma, Messiah Brown Ale, HE’BREW and Jewbelation 22. (Image courtesy of Shmaltz Brewing Co.)

“My mom and a couple of friends helped with the first deliveries as well,” he continues. “I’m not even sure I would have counted myself as a full-time employee at that time since I had a full-time job and I relied on the kindness of my friends and family to get those cases out the door. Contract brewing was by far the best way to start this little crazy experiment.”

What began as a crazy little experiment now is going into its 23rd year. The award-winning Upstate New York-based Shmaltz Brewing Co. produces a gamut of craft beers widely varying in style and taste — from light to dark, hoppy to malty, high alcohol-by-volume (ABV) beers to easy-drinking session beers, Cowan says. He notes that a lot of hutzpah, or extreme joy, and experimentation goes into his brews since “none of his beers are rarely to a specific style target.”

The craft beer tribe of Shmaltz

To date, the company offers four year-round core brands: Slingshot, a 5.3 percent ABV American Blonde Ale billed as a “fermented tribute to the Glories of the Underdog” that boasts a bright, citrusy hop aroma, supported by touches of wheat and rye and the light spice accent of Noble hops; Messiah Brown Ale, a 5.2 percent ABV with a complex yet smooth blend of bold dark malts revealing hints of chocolate, coffee and toffee paired with hop character; Hop Manna IPA, a 5.2 percent ABV dry hopped India Pale Ale, offering a golden opportunity to feed one’s inner hop head; and one of the company’s popular mistakes, the 5.8 percent ABV Hop Momma IPA, a juicy, fruity IPA brewed with real peach, apricot and a hint of habanero pepper, the company says.

Slingshot and Messiah Brown Ale are packaged in 12-ounce cans of six-packs and on draft, while Hop Manna and Hop Momma are available in 16-ounce slim cans in four-packs, as well as on draft. The packaging designs on three of the brewery’s year-round offerings — Messiah Brown Ale, Hop Manna IPA and Hop Momma IPA — proclaim “Gold Medal Champion,” a highly coveted honor bestowed at the World Beer Championships.

Despite the commercial and fan success of Shamltz’s core lineup, Cowan is reluctant to name one brand as its flagship SKU. “For many years, many of us fought against the concept of a flagship beer and went more for diversity of creativity and flavor,” he explains. “These days, everyone wants what’s new — but the sales channel often demands focus, so we are trying to accomplish both things at once by putting a much bigger push on our core brands this year all in cans.

“And, diversifying through our various brands (Shmaltz, Alphabet City, etc.) as well as the one off draft-only rarities. It’s hard to balance creativity and commerce,” he continues. “For 2019, given the amazing expansion of breweries and beer styles in the country, we have scaled back on our different styles so we can focus on building core brands — very tough for our constant love of creativity. But, we introduced a new year-round beer, Hop Momma, as well as several new special releases that I’m really excited about. This year, we’ve also transformed our barrel-aged sour program into multiple special releases. We moved everything into cans, 12-ounce and 16-ounce, and we have really special draft-only options as well.”

All said, Cowan plans to release about 12 to 15 beers this year and proclaims there will still be enough flexibility for a “ton of fun” across its multiple brand lines, including Shmaltz Brewing, 518 Craft, Alphabet City Brewing Co. and the Star Trek beers.

“This year, we will definitely have a slew of tasty IPAs, varying widely in style,” he says. “At this point, everyone knows how much fun we like to have with our names, and our packaging — our shtick is truly our trademark — and a favorite part of the biz.

“Each year, perfect opportunities arise for new styles and given we are still rather a niche brewery, there are always new customers to expose to the Shmaltz sensibility” he continues. “The names usually come out of brainstorms, rock lyrics, references to the Torah or Mel Brooks. We often wish we had more time to crank out endless fun names, but for now we need to focus on selling what we have cooking now.”

For example, the limited-edition Jewbelation 22, was re-released in celebration of the company’s 22nd anniversary. Packaged in single-serve 16-ounce slim cans and on draft, the dark American 11 percent ABV complex strong ale features 11 malts and 11 hops.

Other special releases include SHE’BREW, a Northeast style, hoppy hazy double IPA annually brewed for International Women’s Collaboration Brew Day (March 8); NO SHTICK, a golden hued American Imperial IPA style beer; and the 10 percent ABV Bittersweet Lenny’s R.I.P.A., a rye double IPA brewed with 10 malts and 10 hops and packaged in 16-ounce slim can four-packs and on draft. In honor of Hanukkah, the company’s “chosen beer” of the holiday season, Hanukkah, Chanukah: Pass The Beer is a dark ale brewed with eight malts, eight hops, and boasts an 8 percent ABV.

To keep its fans stoked and coming back for more, Shmaltz Brewing also offers a seasonal Funky Blender Series of barrel-aged sour beers with three limited on-draft releases in spring, summer and fall. “I’m really excited to release our barrel-aged sours for 2019 in smaller specialty draft-only drops. This will be about our 10th year doing barrel-aged sours and the flavors just keep blowing me away,” Cowan says.

Shmaltz Brewing continues to evolve. After 17 years of being an outspoken cheerleader for contract brewing, Cowan and his staff opened their own New York State production brewery in 2013 in Clifton Park, N.Y. Even with a 50-barrel brewhouse and 30,000 barrels of annual capacity, Cowan notes it was difficult to keep up demand so the factory was sold late last year to some friends who needed the capacity, Cowan says.

In July 2018, the brewery officially opened a new bar and tasting room in the craft-centric community of Troy, N.Y. The move also combined the hyper-local brands 518 and 838 under one name: 518 Craft. To showcase the breadth of Shmaltz’s portfolio as well as select releases from New York State craft breweries, 518 Craft boasts a bar and tasting room, local art displays and artisanal food, while the Shmaltz Shop features handcrafted to-go beers, spirits, wines and hard ciders. Bridging out again, in February, Shmaltz opened an official tasting room at The Comedy Works in Saratoga Springs, N.Y.

The company’s craft beers continue to bring in accolades. The brewery has garnered one platinum, 10 gold and six silver medals from the World Beer Championships.

“As far as I know and I joke about it all the time, we are the first, the biggest, the smallest, the most award-winning and still the only Jewish-themed celebration beer in the country,” Cowan says. “… Sometimes it’s hard to stand out in a crowded beer world so it’s great to have a unique identity. I have lived through plenty of the ups and downs, and have a good sense of what we need to do to fight our way toward growth as well as to maintain the creative passion that got us here in the first place. L’Chaim to that.” BI