The 2018 State of the Beverage Fleet Industry

The results of Beverage Industry’s annual Fleet Study are in and they reflect the increasing diversification of fleet equipment, fuel and the best day-to-day practices in modern delivery operations.

The survey results underline the notion that beverage fleets aren’t just about medium-duty vehicles and above. Vans and passenger vehicles continue to play a critical role in day-to-day operations, whether it’s sales calls, troubleshooting or small deliveries.

When you break down the average fleet, Class 3 to 7 straight trucks with box or side-load bodies represent the greatest share of the fleet’s overall composition at 26 percent, while vans are not far behind at 23 percent. 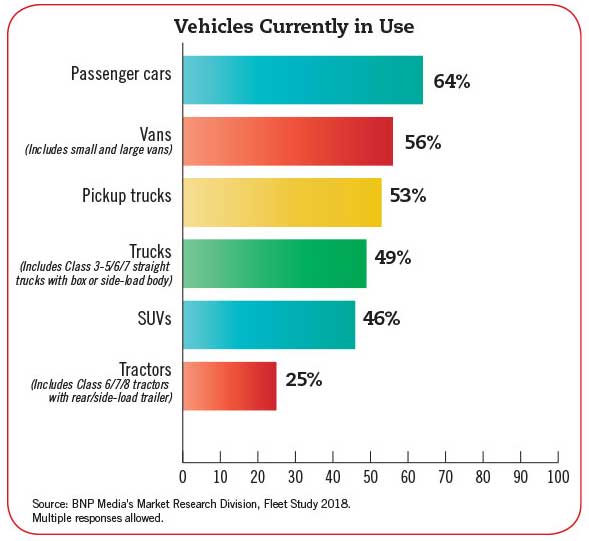 When it comes to the vehicle types that beverage fleets are most likely to purchase in the next two years, vans are the most popular.

More than two-thirds of all respondents indicated that they plan to make a vehicle purchase of some sort during that period and, of those, 60 percent noted that they expect to buy at least one van, compared with 50 percent who say they’ll be buying Class 3 to 7 straight trucks with box or side-load bodies.

When it comes to light-duty and small, consumer-friendly vehicles, vans appear to be the future of beverage fleets. Only 34 percent plan to buy SUVs and 28 percent expect to purchase pickup trucks in the next 24 months. And most purchase decisions (58 percent) are driven by the need to replace existing vehicles versus a desire to add vehicles to that fleet (42 percent). 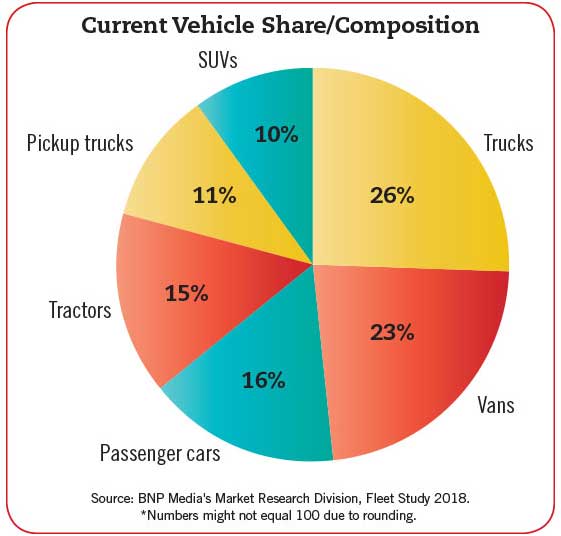 The continued surge in the number of new craft beer brands on the market, as well as certain functional non-alcohol beverages, has made refrigerated vehicles increasingly more popular. Some beer styles, especially a number of bottle-conditioned brews with live yeast in them, as well as non-alcohol drinks with active cultures or other components that are sensitive to spoilage, make refrigerated trucks an ideal addition to any fleet.

Petroleum prices are once again creeping up after a multi-year reprieve. So now’s as good a time as any for fleet managers to start thinking about alternative fuels.

One-third of respondents say they currently employ an alternative fuel strategy of some sort. A little more than one-tenth of those surveyed say they plan to in the next 12 months.

However, there’s still a sizable number of beverage fleets (43 percent) that have not adopted alternative fuels nor plan to in the near future. Among the different types of alternative fuels, ethanol is the most popular and, surprisingly, natural gas is the least popular. A few years ago, fuel seemed to be trending in the natural gas direction.

It will be interesting to see the results next year once fleets have had the chance to digest this year’s higher fuel prices. BI

The 2013 State of the Beverage Fleet Industry

The 2015 State of the Beverage Fleet Industry

The 2016 State of the Beverage Fleet Industry