Attendance at the 2017 NACS Show increased 7 percent to a record 24,940 attendees from 63 countries, according to figures released by the National Association of Convenience Stores (NACS).

This year marked the 25th annual NACS Show, which took place Oct. 17-20 at McCormick Place in Chicago. Attendees also experienced the new brand identity of NACS, which focused on the ‘C’ in convenience.

“I love the versatility of the ‘C’ with our rebrand. It certainly stands for convenience — but it can stand for so many other aspects of our industry,” NACS President and Chief Executive Officer Henry Armour said in a statement. Armour highlighted some of the other unique industry facets that the “C” represents, for example, the “C” also stands for customers. The U.S. convenience store industry serves more than 160 million customers a day, the association notes.

The show also featured many exhibitors on hand. The following are beverage highlights from the show floor:

Englewood Cliffs, N.J.-based 3rd Generation Enterprises showcased its Top Pop lineup of carbonated soft drinks, which now are made with pure cane sugar. The lineup soon will be expanding with new flavors and packaging in 24-ounce bottles. The company also highlighted its new flavored sparkling waters, which are available in Orange-Mango, Berry-Grape and Watermelon-Cucumber flavors packaged in 24-ounce bottles.

St. Louis-based Anheuser-Busch had two Clydesdales onsite for attendees to view. In addition to its beer portfolio, the company also promoted its partnership with Starbucks to manufacture ready-to-drink (RTD) Teavana Teas. At a separate booth, Hiball Energy, which was purchased by Anheuser-Busch earlier this year, showcased its organic energy drinks, sparkling waters and sparkling Italian sodas, Alta Palla.

Cleveland-based Avitae USA LLC highlighted its sparkling line of caffeinated waters under the ávitae brand. The most recent addition to the line is Watermelon.

Boston-based The Boston Beer Co. announced the 2018 release of Sam ’76, a light-bodied lager ale with a 4.7 percent alcohol by volume.

Boxed Water is Better LLC, Grand Rapids, Mich., highlighted that it has planted more than 612,000 trees in the past year, one for every social media post featuring the boxed water. It also emphasized its sustainability platform and the three packaging sizes available for the product: 250- and 500-ml cartons and 1-liter cartons.

Campbell Soup Co., Camden, N.J., promoted a variety of beverages from its juice and smoothie portfolios. From Bolthouse Farms, samples from its Protein Plus and 1915 cold-pressed juice lines were available. The company also featured V8 Sparkling Energy, V8 Blends and V8 Lower Sugar. 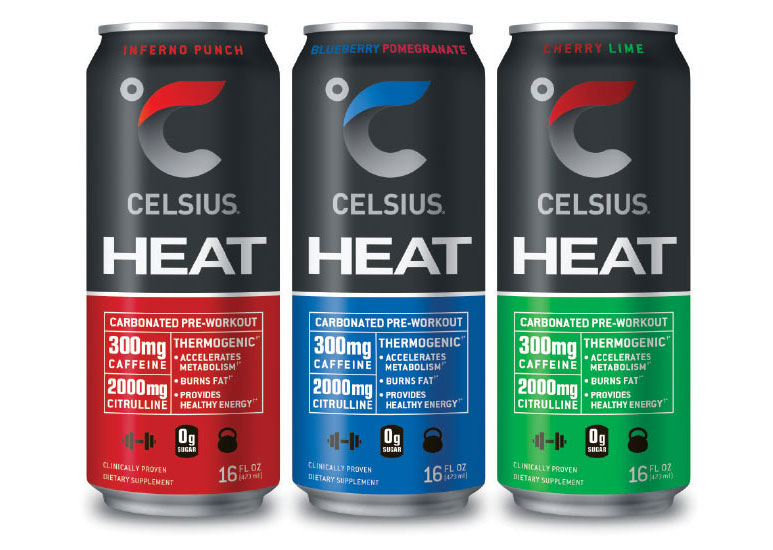 Celsius Holdings Inc., Boca Raton, Fla., debuted a brand-new booth at this year’s tradeshow, emphasizing the new branding and repositioning of the product line. The company also highlighted the launch of Celsius HEAT and its Proven campaign featuring Flo Rida, along with other proven influencers to be announced.