Hahn Family Wines is promoting the Santa Lucia Highlands (SLH) appellation with changes to the packages of its flagship Hahn estate wines, the company says. 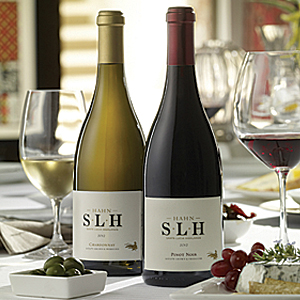 Starting with the 2012 vintage, the labels of Hahn SLH Pinot Noir and Hahn SLH Chardonnay will bear the initials “SLH” as the predominant feature. The changes represent the winery’s ongoing commitment to its long-time home, it says. “Our Hahn SLH Pinot Noir and Chardonnay embody the Santa Lucia Highlands’ distinct character, and we wanted to raise awareness of the appellation from which these extraordinary wines originate,” said Philip Hahn, second-generation vintner and chief executive officer of Hahn Family Wines, in a statement. “It’s the location of our vineyards that makes the Hahn SLH wines special.” Other refinements on the new label include changing Hahn’s emblematic rooster (the word “Hahn” in German means “rooster”) from red to a gold foil. The new package began shipments last month.

New Minute Maid campaign celebrates the good in every family