Justin Vineyards and Winery revealed a new line of bottles and labels that debuted with its 2010 Cabernet Sauvignon earlier this summer. Justin’s signature red 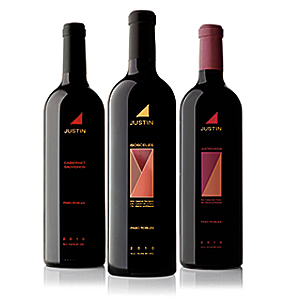