Similar to how college basketball coaches instituted end-of-game timeouts in order to strategize a “sure-fire” inbounds play during March Madness, retailers and 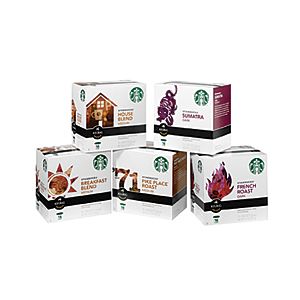 brand owners are calling their own plays when it comes to merchandising. Retailers and brand owners have taken a methodical approach to different merchandising tactics for brands and categories in order to engage consumers and stimulate purchase behavior, experts note.

“Many retailers are transitioning from traditional high-low pricing strategies to hybrid [everyday low pricing] (EDLP) strategies that offer fair everyday practices but still have room for a smaller number of deep discounts,” says Jon Hauptman, partner with Willard Bishop LLC, Barrington, Ill. “Where well executed, this shift has enhanced price image and encouraged consumers to shop  the store more intensively. Shoppers feel they can now ‘work the system’ and stock up at their preferred store because of the attractive everyday prices, and they don’t feel they’re giving up the ‘fun’ of searching for strong promotional deals since they’re available as well.”

Hauptman notes that end-caps are the most important real estate in the store in order to send a strong price-value message; however, they often are not used effectively. To effectively utilize this space, retailers should follow some key steps, Hauptman explains.

“Merchandise primary items with strong discounts, e.g., minimum of 15 percent or $1 savings,” he says. “Unfortunately, many retailers have primary offers on end-caps that provide only minimal savings thereby causing shoppers to overlook them.”

Other tips include merchandising only one primary item or brand line with up to two complementary items or lines and then highlight price point and savings associated with the primary item by utilizing a large overhead sign.

“Many retailers may list the price on their end-cap signs but fail to highlight the savings,” Hauptman says. “Retailers want shoppers to stand back and scan a variety of end-caps, each providing strong value savings. This sends a strong, reinforcing price-value message, even if shoppers are not in the market for a category featured on an individual end-cap they see.”

But in order to reach a broad consumer base, pricing strategies are not the only options retailers have. Susan Viamari, editor of Chicago-based SymphonyIRI Group’s Times & Trends, explained during the market research firm’s “Merchandising Trends” webinar in February that merchandising activity received mixed results in 2012 with 53 percent of categories experiencing increased support in multi-outlets such as traditional grocery, mass merchandisers, drug and convenience stores, and select club and dollar retailers in the 52-week period ending Dec. 2, 2012. This is an increase from 2011, which saw 33 percent of categories receive merchandising support within those same multi-outlet channels. However, not all channels experienced growth. The drug channel specifically saw merchandising activity decline across 60 percent of categories in 2012, according to SymphonyIRI data.

When qualifying merchandising activity, SymphonyIRI broke the tactics out into four categories: display only, feature only, price only, and feature and display, Viamari explained during the webinar. Highlighting the sizable merchandising increases from 2011 to 2012, feature-only and price-only saw the largest gains, Viamari said.

“What really jumped out at me as I was looking at these trends was [that] the biggest increases are in the display-only tactic and the price-only tactic, where we saw 59 percent and 51 percent, [respectively], of categories with escalating activity in the past year,” she said during the webinar. “This is interesting because this trend is in conflict with the fact that pre-planned shopping is so pervasive these days.”

Alluding to a topic later in the webinar, Viamari noted that display-only and price-only could be contributing to a decrease in merchandising lift support.

“In 2012, average lift from merchandising support declined across 80 percent of categories in the [multi-outlet channel] geography, and even when you look at grocery and drug, the trends are similar, not quite as strong, but a vast majority of categories saw decreasing lift from support,” she said during the webinar.

Similar to the overall consumer packaged goods (CPG) market, when it comes to beverages, merchandising activity was mixed across the categories. Leading the overall CPG market, carbonated soft drinks (CSDs) had a merchandising activity level of 62 percent in 2012 in SymphonyIRI-measured channels. However, this is a 2.4 percent decline compared with the same period in 2011, Viamari stated during the webinar.

Citing a November 2012 Times & Trends webinar titled “Reversal of Fortune,” Viamari explained that private label has gained share in the CSD category and that private label generally does not see merchandising at the same levels as the overall category. Another factor is that merchandising tactics embraced by channels that are selling more CSDs now than they have in the past aren’t stronger than channels that sell CSDs in larger quantities, Viamari added during the webinar.

In contrast, the coffee category has experienced increased merchandising support. “In the coffee category, prices absolutely skyrocketed in 2012, and this was due in part to crop-related issues and in part to higher-end, new product launches, specifically the K-Cups,” Viamari said. “With these price increases, keeping the value proposition in coffee has been very difficult to do, and merchandising has been one of the tools to do so.”

Merchandising activity for the coffee category increased 4.4 percent for the 52-week period ending Dec. 2, 2012, in SymphonyIRI-measured channels, according to the webinar.

Sabina Saksena, managing director for retail and CPG at New York-based PwC Advisory, noted that in addition to coffee and tea, other healthy beverage categories could benefit from increased merchandising support.

“These are typically high-growth and high-margin but need additional support in terms of displays, education, sampling, promotions, etc., to drive the category,” she says. “It’s a chicken and egg situation where marketers may not want to invest top dollars in these categories [until] they prove themselves, and on the flip side, these categories will not grow without the support.”

Although merchandising tactics can help support brands and categories, retailers and brand owners also are tasked to develop and maintain programs to support those segments and its consumers.

But when developing the best possible programs for a retailer’s shopper, Hauptman emphasizes the importance of partnerships between the retailer and brand owner.

“A healthy partnership will require brand owners to work closely with retailers to leverage the retailer’s knowledge of their shoppers to develop programs tailored to attracting shopper segments the retailer wants to target, and that will yield strong returns for the brand,” he says. “Retailers will no longer find ‘one-size-fits-all’ programs appealing.”