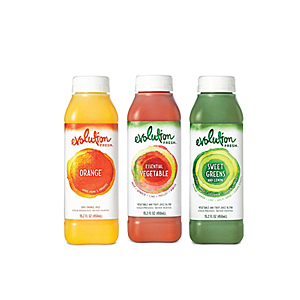 in January. For instance, many juice brands feature no-sugar-added claims or are fortified with vitamins and minerals, she noted. Almost half of U.S. consumers who buy 100 percent juices look for no-sugar-added varieties, according to Mintel’s January 2011 “Juice and Juice Drinks” report. And, 40 percent of people who buy 100 percent juices look for vitamin- or nutrient-enhanced formulations.

Three-fifths of all juice and juice drink buyers look for low price when shopping, which suggests that any price increases from manufacturers might cause consumers to move away from a particular brand, according to Mintel’s juice report. To reduce shoppers’ focus on price, the report advised juice and juice drink manufacturers to communicate their brand’s value proposition and special characteristics, such as a functional aspect, drinking experience or unique flavor.

From 2008 to 2010, consumption of juice and juice drinks has remained the same in U.S. households, according to Mintel’s juice report. Consumption of orange juice, however, decreased significantly from 2006 to 2010. To increase juice consumption, the market research firm recommended positioning juices as a healthy alternative to sports drinks, or creating crossover products, such as fruit juice-based energy drinks and fruit juice-based teas.

Turning to coconut water as a calorie-cutter, The Coca-Cola Co. subsidiary Odwalla launched a line of Smoothie Refreshers that are formulated with coconut water for a light texture and reduced calories. The line is available in Mango Lime Twist, Mixed Berry Shuffle and Pear Berry Jive varieties, one serving of which contains 150 calories.  BI

2014 State of the Industry: Juice and juice drinks

2017 State of the Beverage Industry: No added sugar, fortification in demand for juice, juice drinks