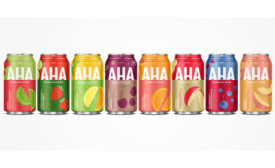 In its first major brand launch in over a decade, The Coca-Cola Co. announced the release of AHA, a new flavored sparkling water that offers a little caffeine boost that will be released in early 2020, the company says. 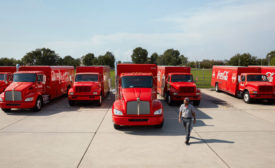 68 independent bottlers part of refranchised network
Barbara Harfmann
No Comments
To keep operations streamlined and humming along, the Coca-Cola system in North America embarked on a milestone commitment nearly a decade ago to reshape its North American bottling operations by returning ownership to local partners.
Read More

Coca-Cola Bottling Co. Consolidated, Charlotte, N.C., announced that it entered into and completed transactions with The Coca-Cola Co., Atlanta, to exchange distribution territory.

Company signs letter of intent for territories in Cleveland
No Comments

Coca-Cola Bottling Co. Consolidated (CCBCC), Charlotte, N.C., announced that it has signed a non-binding letter of intent with Atlanta-based The Coca-Cola Co., to expand the company's distribution territory in northern Ohio. 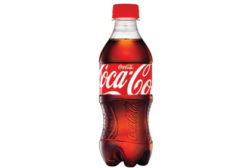 Independent Coca-Cola bottler will exchange territory in Jackson, Tenn., for territory in Lexington, Ky.
No Comments

Coca-Cola Bottling Co. Consolidated, Charlotte, N.C., announced that it has signed a definitive agreement with Atlanta-based The Coca-Cola Co. to exchange its franchise territory in Jackson, Tenn., for territory currently served by Coca-Cola Refreshments USA Inc. (CCR), a wholly owned subsidiary of The Coca-Cola Co., in Lexington, Ky.