If you read our November 2020 feature previewing the major vehicle manufacturer rollouts planned for this year, you’ll know that electric is not only the future of fleets, but it’s starting to become the present as well. Turns out, in the three short months since the publication of that article, original equipment manufacturers (OEMs) have had plenty more electric news up their sleeves. Here’s what’s happening.

PACCAR, through its PacLease unit, reports that there’s been heightened interest among fleet customers looking to dip their toes in the green vehicle waters by leasing Kenworth and Peterbilt medium-duty cabover battery-electric trucks.

PacLease offers Class 6 and 7 Kenworth K270E and K370E, as well as the Peterbilt 220EV electric vehicles. Each lease is highly customizable with flexible terms of up to six years.

In December, Anheuser-Busch named BYD (Build Your Dreams) the Sustainable Supplier of the Year at A-B’s Eclipse Sustainability Summit. The brewing giant recognized BYD for its 8TT battery electric trucks. A-B currently operates 25 BYD electric trucks at four of its distribution facilities across California. It’s part of the brewer’s pledge to reduce carbon emissions across its entire supply chain by 25 percent by 2025. Before A-B deployed the 8TT trucks, it put them through rigorous testing on range, acceleration, gradeability, charging speed and other criteria.

The company created the Eclipse Award program as part of an effort to encourage sustainability and collaboration among its suppliers. 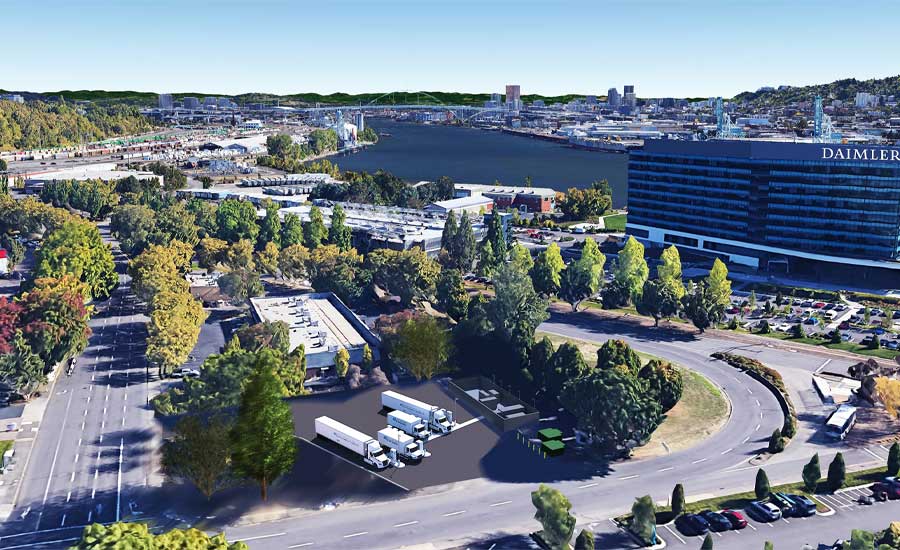 Also in December, Volvo Trucks North America announced the commercial introduction and the beginning of sales for its Class 8 VNR Electric battery-electric vehicle in the U.S. and Canadian markets. The VNR Electric is designed for local and regional distribution ranges, including beverage. It offers 264-kWhy lithium ion batteries, which charge up to 80 percent within 70 minutes and have an operating range of up to 150 miles, depending on the truck’s configuration. Regenerative braking can increase the truck’s range by returning as much as 15 percent of the power back to the battery.

With the official launch of the VNR Electric in North America, Volvo is providing fleet operators with a range of operational solutions. The Volvo Gold Contract includes scheduled and preventive maintenance, towing and vehicle repair — including the lithium ion batteries and complete electromobility system. Last year the VNR Electric model received certification from the U.S. Environmental Protection Agency (EPA) and the California Air Resources Board, enabling it to be sold commercially in all 50 states.

The end of 2020 also saw the announcement that Daimler Trucks North America (DTNA) is co-developing, with Oregon-based energy provider Portland General Electric (PGE), “Electric Island,” a large, public charging site for medium- and heavy-duty commercial electric vehicles, which, likely will be the first of its kind in the United States, Daimler says. The company says that the structure will help accelerate the development, testing and deployment of zero- emissions commercial vehicles.

Electric Island, which is currently under construction near DTNA’s Portland, Ore., headquarters, is expected to support up to nine vehicle charging stations with charging levels of up to greater than 1 megawatt. It should be operational by spring. Daimler and PGE are finalizing plans for more chargers, on-site energy storage, and solar power generation, as well as product and technology showcase building. The site will be greenhouse-gas emissions-free, including all vehicle charging.

“In cooperation with PGE, and with the plan to expand electric vehicle charging right here in Portland to support not only our [electric vehicle] charging needs, but those of other drivers in the area, we are paving the way to a brighter, cleaner CO2-neutral future,” says Roger Nielsen, president and chief executive officer of DTNA.

Warehouse: Electric is the way to lift

Mycotoxins in Food and Beverages: Innovations and Advances Part I

Mycotoxins in Food and Beverages Innovations and Advances, Part II