This website requires certain cookies to work and uses other cookies to help you have the best experience. By visiting this website, certain cookies have already been set, which you may delete and block. By closing this message or continuing to use our site, you agree to the use of cookies. Visit our updated privacy and cookie policy to learn more.
Home » Plant waters innovate to expand beyond niche market
Juice & Juice DrinksAlternative Drinks
Category Focus

However, when it comes to “natural” in today’s day and age, men and women alike have more beverage options than ever to unleash their natural feeling.

“Plant waters tend to be high in electrolytes and various vitamins and minerals depending on the source,” says Holly McHugh, marketing associate for Niles, Ill.-based Imbibe. “Since they come from plants, the perception is that they’re all-natural and better for you than other hydrating beverages like sports drinks, which tend to be high in sugar content or use artificial sweeteners.”

Although water is in the name, McHugh notes these emerging beverages actually are juices, a category that has faced scrutiny because of its sugar content. “Though plant waters have significantly less sugar content than traditional juices, being positioned as water and associated with the plant-based movement has certainly contributed to category growth,” she adds.

“The perceived need for hydration that is low-calorie informs the usage of plant waters,” he says. “In other words, plant waters provides another hydration option with more flavor than plain water.”

Although plant waters have exhibited notable growth during the past decade, sales data suggests that its recent performance has been more challenging.

Chicago-based Euromonitor International recorded a 7.1 percent decline of compound annual growth rate for the coconut and other plant waters for the five-year period of 2014-2019. In 2014, annual sales for this sub-category were $701.7 million; however, that declined to $651.7 million by 2019.

Contributions to this decline could be consumer exhaustion with the market. “Some fatigue has set in as coconut water has declined in the past couple of years,” BMC’s Dilworth explains. “One drawback is the flavor is polarizing: it’s an acquired taste for some consumers. Another factor is that entrepreneurial sports drinks have incorporated coconut water in their formulations, thus stealing their thunder.”

However, brand owners are developing new innovations to overcome some of the taste challenges that have hindered coconut water’s more mainstream consumer appeal. Earlier this year, Vita Coco, a brand of New York-based All Market Inc. (AMI), expanded its Vita Coco Pressed line with the release of Coconut Mango and Coconut Strawberry Banana.

“It only took us 15 years to figure out that if we added a little fresh pressed coconut to our coconut water, we could overcome the taste barrier that exists for some consumers,” said Michael Kirban, co-founder and chief executive officer of Vita Coco, in a statement. “Our Pressed line is successfully bringing new people to the brand, and converting even the most outspoken of coconut water haters. Adding fruit flavors allows us to build on last year’s bold launch of Pressed while satisfying even more cravings for delicious, better-for-you beverages.”

Coconut water remains the juggernaut of the plant waters market, accounting for 75-80 percent of the overall plant water volume and wholesale dollars, BMC’s Dilworth notes. Although other plant waters like aloe water, maple water, etc., have sought to tap into the healthy hydration appeal, thus far they have not been able to achieve that goal. 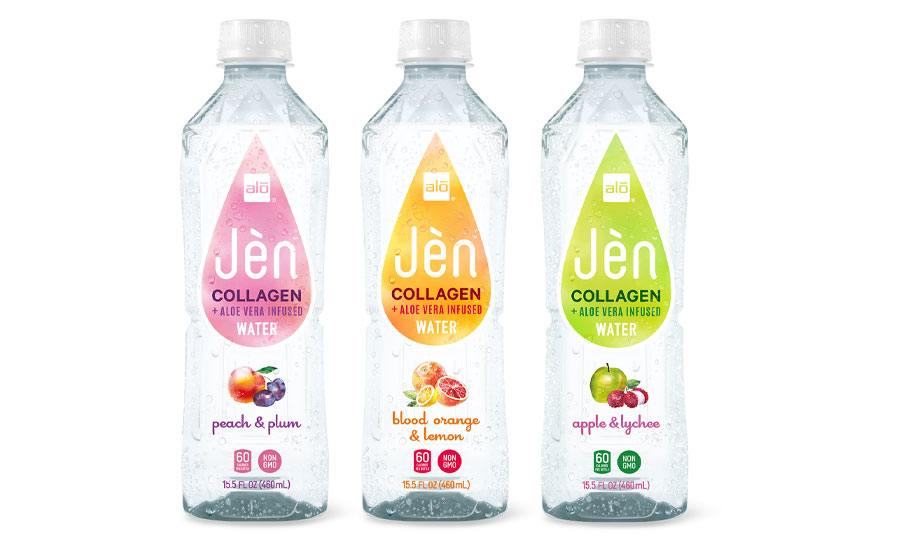 “None of the plant water segments, such as aloe, tree water or cactus, has shown definitive evidence of breaking out,” Dilworth says. “Success will likely involve a brand breaking out and validating a segment, rather than the other way around.”

Despite the uphill battle, the plant waters each have their own product attributes that can appeal to health-focused consumers.

Noting that they aren’t as popular as coconut water, Imbibe’s McHugh pinpoints maple and birch waters are the areas with notable potential. “Coconut is considered an allergen by the FDA, so there’s potential for allergen-friendly plant waters with similar health benefits like birch or maple,” she says.

Although the coconut and other plant waters market remains small in comparison to the traditional juice market, its better-for-you attributes can help its appeal grow beyond this niche category.

“Plant waters are being incorporated into other beverage types as a component of a hybrid,” McHugh says. “The most common is coconut water with fruit juice, but it’s also been used in combination with coffee and protein drinks. Incorporating coconut water in these types of beverages gives the perception that these products deliver more health benefits.”

Another benefit for plant waters is its synergies with traditional, “comfort” flavor profiles as well as the more vanguard ones.

Although plant waters have shown their ability to evolve and innovate to deliver flavorful hydration to consumers, analysts still remain cautious about the market’s future.

“Neither will grow spectacularly, although coconut will lose a little bit of share to other plant waters,” BMC’s Dilworth says. “Tree water marketers tried to distinguish themselves from coconut waters by their local provenance, specifically maple trees in Vermont or Canada, as contrasting to coconut waters or aloe drinks that need to be shipped from Thailand or the Philippines. However, tree waters have not impacted the market enough for this marketing message to gain much traction.

“It bears watching which brands will break out, if any,” he continues. “One brand worth tracking is Treo birch water from the son of a Snapple co-founder, which appears to have the management team and advisors [it needs] to have a shot at helping to establish plant water more firmly in the beverage landscape.”