“The continued success of Pack Expo is a testament to not only our industry’s growth but PMMI’s commitment to offering a world-class environment for exhibitors to offer cutting-edge solutions to our attendees,” said Jim Pittas, chief executive officer of PMMI, in a statement. “We are committed to adding value by constantly improving our show offerings to assist in driving the packaging industry into the future.”

Exhibitors had a plethora of solutions for food and beverage manufacturers. The following are highlights from the beverage applicable exhibitors:

3M, St. Paul, Minn., showcased its new 3M-Matic Random Case Sealer 7000r High Speed Pro/7000r3 at the show. The advanced technology case sealer is an ideal solution for top and bottom sealing of random-sized cases and automatically adjusts to both case height and width, the company says. The 7000r can handle as many as 28 different case sizes a minute. The high tack box sealing tape 371+ was highlighted for its ability to work well on highly recycled corrugated boxes.

A-B-C Packaging Machine Corp., Tarpon Springs, Fla., promoted its case erectors, case sealers, case packers and palletizers at the show. Among the products featured were A-B-C’s Model 49 decaser. The Model 49 accepts cases from the conveyor either back-to-back or spaced, unloads and single files the bottles, and uprights the empty cases for transfer to case packing. Bottles glide from the case to the impact-absorbing transfer belt and bottle contact is minimized with the company’s single filing module, it says. These features work to maintain bottle stability and protect the glass integrity, it adds. 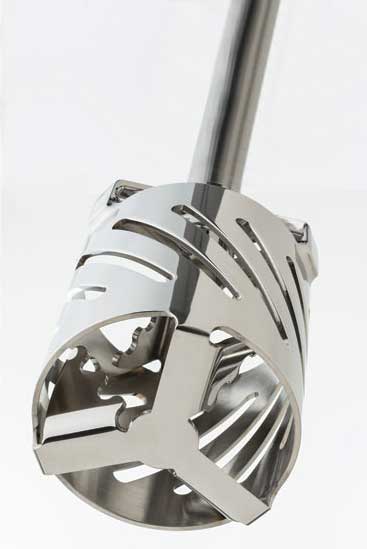 AmbaFlex, Arlington, Texas, showcased its portfolio of conveyor solutions. Within its SpiralVeyor family, the company offers the following for beverage applications: SVm-series, SV-series and Portal. Beverage manufacturers also can utilize the AccuVeyor AVh for spiral accumulation.

Willoughby, Ohio-based BevCorp LLC showcased its high-speed rotary can fillers for beer, carbonated soft drinks and spirits. The company offers new and refurbished can and bottle fillers with fill rates as fast as 2,000 cans and 1,200 bottles a minute. The company also highlighted its newest blending technology, the MICRO2 Advantage Series Blender, which achieves the lowest dissolved oxygen levels yet, it says.

CHEP, Alpharetta, Ga., promoted its lineup of pallets and containers that are applicable to numerous markets, including beverage. On display were its half pallets, which are designed for smaller retail locations such as convenience and drug stores, it says.

Closure Systems International (CSI), Indianapolis, showcased its Series W138 Capper, a single-head capping machine that operates in a manual configuration for sealing bottles and containers of various shapes and sizes, the company says. CSI also highlighted its portfolio of closures including the new 38D-KL, designed for a variety of dairy and non-carbonated beverages.

ColorMasters, Albertville, Ala., highlighted its extrusion, digital printing, flexographic printing, lamination, converting and labels for the food and beverage industry.

North Canton, Ohio-based Combi Packaging Systems highlighted its end-of-line packaging equipment. The company also noted it was recently named an authorized systems integrator for FANUC robots and moved to a larger facility to accommodate its growth.

Delkor Systems Inc., St. Paul, Minn., highlighted its Turbo Case retail-ready packaging machine, which shrink bundles multiple products for all formats of food and beverage, the company says. It also promoted its new Performance Loader Case Packer, a mid-range case loader for rigid containers, which works at speeds as fast as 20 containers a minute, it says.

Endflux, Miami, formerly Eagle Packaging Machinery LLC, now part of the Paxiom Group, highlighted its automated packaging solutions, including six end-of-the-line solutions. It also marketed its case and tray forming capabilities including the Vassoyo, which is designed for producing glued trays; and PopLok to fold and form die cut trays for shippers, meal fits and more without glue or tape.

Havre De Grace, Md.-based Ferrum Inc. promoted its ferruBasic F12 can seamer, which is applicable for the food and beverage industries.

Italy-based Finpac Italia SRL showcased its complete range of machines for the application of shrink sleeves for plastic and glass bottles, which offer speed ranges between 9,000 and 72,000 bottles an hour.

GEA, Columbia, Md., showcased its processing equipment and technologies for beverage applications. The company touted its process control software and automation solutions, which monitor, analyze and adjust working parameters and variables to ensure efficient processing, optimization of raw materials, and minimization of product losses and system downtime, it says.

Mason, Ohio-based Honeywell Intelligrated showcased its latest range of technologies for distribution centers, including Honeywell Sentience, Cyber Security, Momentum and Vocollect. The company also highlighted its new TechSight system, an augmented reality technology to implement with the company’s warehouse execution systems, it says. Also showcased was the Alvey 890i, a connected palletizing machine.

JBT Corp., Chalfont, Pa., highlighted its processing, product handling and other automated solutions for the food and beverage markets. Within processing, the company’s Avure HPP baskets were on display as well as solutions within retort and pasteurization. Additionally, a JBT automated guided vehicle showcased warehousing solutions.

Dortmund, Germany-based KHS GmbH, showcased its Innofill CAN C, a compact can filler that fills as many as 7,000 to 40,000 cans an hour, which is suitable for the craft beer industry, it says. 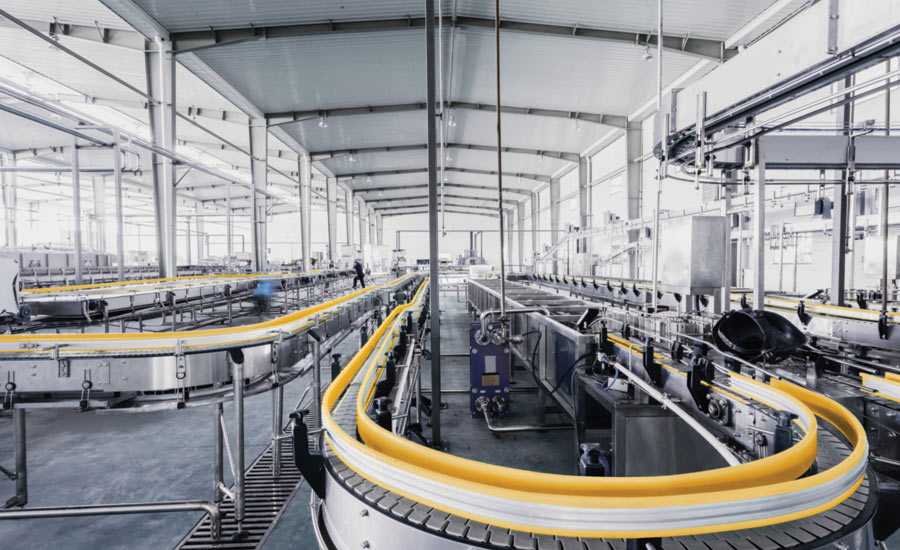 In a joint press conference of Krones, Husky Injection Molding Systems Ltd., Silgan Closures GmbH and Practically Impossible Labs, the companies announced the new BottleOne PET bottle with an integrated handle. The new handle was configured in a partnership between the companies to be manufactured on Krones’ Kosme rotary blow molder with Husky preforms and sealed with Silgan Closures’ cap, the companies say. Patented by Practically Impossible Labs, the BottleOne containers provide visualization of product, better sealing potential and product protection than other materials, and is shatter proof, allowing the reduction of secondary packaging, they add.

PDC International, Norwalk, Conn., touted its R-100 Shrink Labeler as an economical option for label technology. Part of the Evolution Series, the R-100 is a compact system ideal for moderate speed applications and flexible enough for many kinds of products, the company says. Based on concepts of PDC’s higher speed shrink labelers, the R-100 is designed for shrink sleeving application speeds as fast as 120 containers a minute, allowing for a large product range, it adds.

Roberts PolyPro, Charlotte, N.C., a product brand of Pro Mach, Covington, Ky., introduced the THA240, an inline automated applicator for the craft beer and spirits industry. The new applicator can apply handles to four- and six-packs at a rate as fast as 10 cases a minute, the company says. At the same booth Axon, a primary packaging group of Roberts PolyPro and Pro Mach, showcased its range of shrink sleeve label applicators for dairy, craft beer and ready-to-drink beverages. Among those featured was the new SLX High Speed Applicator, which can label as many as 800 cans a minute, the company says. Zalkin, a bottling and capping group of Roberts PolyPro and Pro Mach, showcased the ZTM3, a single head semi-automatic capper for the spirits industry.

Los Angeles-based Rehrig Pacific Co. promoted its pallet, waste and recycling container and supply chain solutions. Among those on display were the Stack-King and Cargo King.

Yorktown, Va.-based Ryson featured its Narrow Trak Spiral Conveyor. The micro-pitch conveyor is its latest accessory to the Narrow Trak Spiral. The Ryson micro-pitch transfer conveyor is slave-driven off the drive or idle-end shafts and is geared to match the speed of the spiral, even at high speeds. The transfer unit minimizes the unpowered gap between the spiral and adjoining conveyors, allowing smaller and lighter products to be end transferred into and out of the spiral, it says. When end transferring, the slats can be equipped with friction inserts to provide more friction. This allows steeper incline/decline angles, which yields greater elevation changes with the same number of turns, the company says.

At a co-located booth, Sidel, Atlanta, and Gebo Cermex, Laval, Quebec, showcased several filling and packaging solutions. Sidel highlighted its EvoFILL Can, which features improved CO2 pre-flushing resulting in improved beverage performance regardless of whether filling hot-, ambient- and cold-filled beverages, it says. The machine features 54 to 182 filling valves, giving beverage manufacturers the ability to handle a wide range of speeds and can sizes, from 150-ml to 1-liter, it adds. At the tradeshow, Gebo Cermex launched its CoboAccess Pal, a FANUC cobotic palletizer designed to handle regular slotted containers and wrap-around blanks on low-speed production lines. 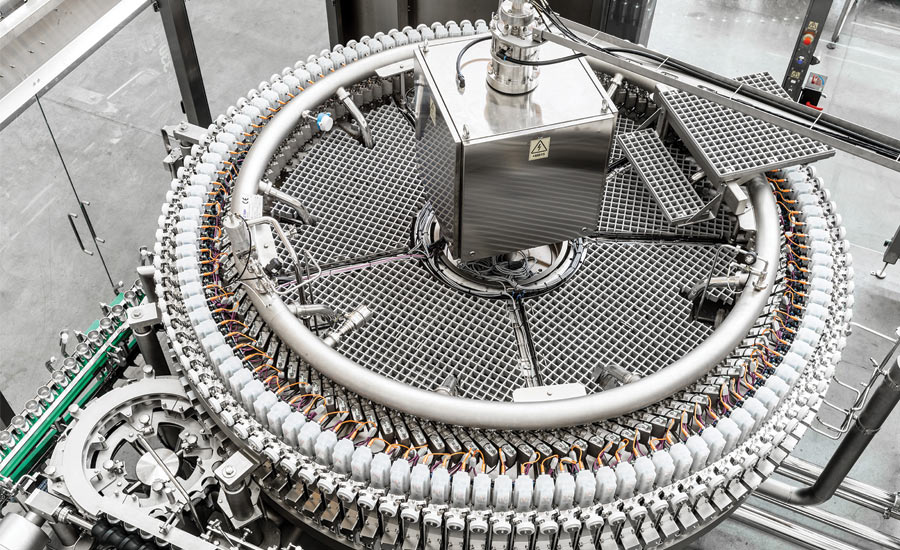 Norcross, Ga.-based Siemens highlighted its digitalization expertise of products, production and performance to help original equipment manufacturers succeed in Industry 4.0. It demonstrated its new Digital Twin models of machinery, which simulate the mechanical and automation worlds through 3-D card models of machines. This simulates how the machine will work in the real world by connecting to virtual automation PLCs, the company says. Among the benefits, the Digital Twin will reduce commissioning time and accidents on site, give companies the ability to evaluate different automation concepts in the early phase of a project, and provide advance training for machine operators, it says.

Sleeve Seal, Little Rock, Ark., featured a demo of its fastest Intelligent i-Series sleeve labeling system: the SSL-800i. Axial adjustments now can be automated for precision adjustments within 1/1000 of an inch, it says.

Universal Robots, Ann Arbor, Mich., debuted its latest offering: the e-Series collaborative robots. The cobot features easy programming with a patented and intuitive 3-D interface that enables an easy, one-hour set-up using a regular power outlet and infinite ways of deployment and task automation. On display was the patented ROBOX, a collaborative robotic case erector with a flexible, modular design to handle multiple product configurations with no changeovers and a smaller footprint than conventional equipment, the company says.

Weber Packaging Solutions, Arlington Heights, Ill., showcased its ELF-50 Label Applicator that can label as many as 40 cans a minute, with line speeds as fast as 32.8-feet a minute, the company says. The 501 Wrap Label Application and LA 2050 Label Printer also was displayed. 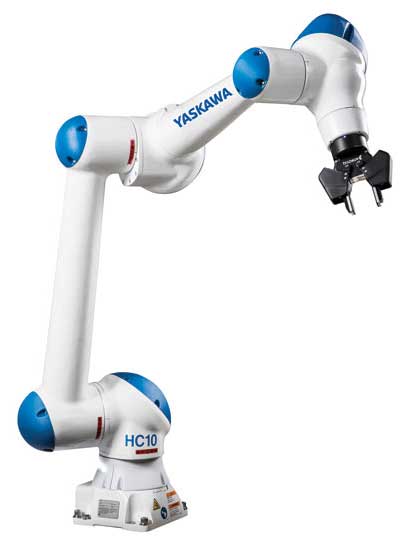 Dayton, Ohio-based Yaskawa Motoman debuted a new six-axis HC10 robot that works safely with, or in close proximity to humans by stopping the robot in the event of contact with an operator. The highly configurable HC10 offers a 10-kg payload and 1,200-mm reach and can perform a broad range of material handling, machine tending or light assembly tasks, the company says.

Zebra Technologies Corp., Lincolnshire, Ill., showcased its portfolio of ZE 500 printers. The company highlighted how its printers and scanners use Android systems in collaboration with its warehouse management systems.

Next year, PMMI will welcome attendees and exhibitors to Pack Expo Las Vegas, which will take place Sept. 23-25 in Las Vegas. BI