The 38th annual Natural Product Expo West & Engredea hosted more than 85,000 attendees. The show, produced by New Hope Network, took place March 7-11 at the Anaheim Convention Center in Anaheim, Calif., and brought together 3,521 exhibiting companies, including more than 600 first-time exhibitors and more than 800 exhibitors in the new North Halls.

The exhibiting companies included hundreds of beverage brands as well as suppliers for the beverage industry. Below are highlights from some of those brands:

Bai Brands LLC, a division of Plano, Texas-based Dr Pepper Snapple Group, showcased its new premium super purified antioxidant water packaged in 1-liter bottles. The pH balanced water is enhanced with the mineral selenium. It also highlighted a rebranded label for its ready-to-drink superteas, which will launch nationwide in May at Walmart and Krogers.

Barcelona, Spain-based Beauty & Go highlighted a range of beauty drinks that are enriched with macro-antioxidants from the skin of fruits to keep skin healthy and protect cells against oxidative stress, it says. The 250-ml drinks are available in Skin Revive, Skin Detox, Skin Brilliance and Skin Vitality.

Blendtopia, Nashville, Tenn., promoted its frozen, ready-to-blend Superfood Smoothie Kits in four flavors: Detox, Energy, Strength and Immunity. The kits are made from organic raw vegetables and fruits and include flax seeds, chia seeds and are lightly sweetened with stevia extract.

Los Angeles-based CORE Nutrition will be launching CORE Organic in Cherry Berry Lime and Orange Mango flavors this spring. The USDA-certified, shelf-stable beverage is designed to support consumers’ daily immunity through the use of inactivated cultures, it says. The product also contains less than 1 gram of sugar and only 5 calories in each serving. In addition, CORE Hydration debuted a six-pack of its 30-ounce pH-balanced bottled water at the tradeshow. 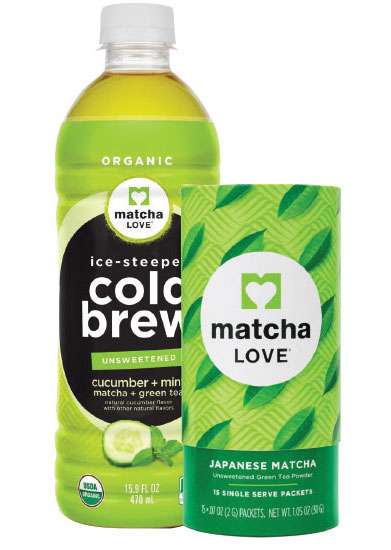 Glen Fall, N.Y.-based JUST Water promoted an extension to its line of flavored waters, JUST Infused, to its portfolio. Actors Will and Jaden Smith appeared at the booth to promote the new line of certified organic, unsweetened flavors and the company’s commitment to sustainability. Available in Organic Apple Cinnamon, Organic Tangerine and Organic Lemon flavors, JUST Infused contains Adirondack mountain spring water, a dash of organic fruit and spice essences, a hint of cinnamon, and zero calories and sweeteners, it says.

Kill Cliff, Atlanta, highlighted its lineup of clean recovery and hydration sports drinks: Endure and Recover. Available in Orange Mist and Berry Punch in 20-ounce bottles, the new Endure line contains Palatinose, a low-glycemic and slow-release carbohydrate for sustained endurance, it says. The Recover line features electrolytes, B vitamins and no sugar or artificial flavors and is available in 21-ounce cans in Lemon Lime, Blackberry Lemonade, Blood Orange, Raspberry Blueberry and Pomegranate Punch.

Lemoncocco, Seattle, promoted its premium, non-carbonated lemon and coconut beverage that is inspired by the drink stands in the piazzas of Roma, Italy, it says. A four-pack of 12-ounce cans is set to launch this spring. 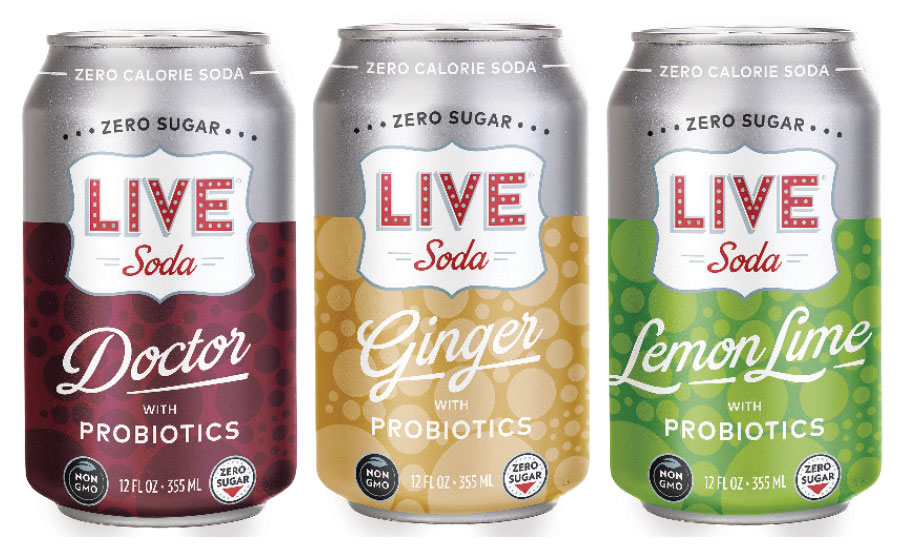 Austin, Texas-based Me & the Bees Lemonade featured its line of clean-label, gluten-free lemonades available in Original With Mint, Ginger, Prickly Pear and Iced Tea varietals. In addition, the family owned company noted that 10 percent of each bottle purchased goes to saving the honeybee population.

Amsterdam, the Netherlands-based Natur announced that its line of premium, cold-pressed juices, shots, cereal smoothies and lemonades along with its Supercharged juices and smoothies will be launching in the United States.

1907 Water, New Zealand, promoted its naturally alkaline water, which first began bottling in 1907 from a 680-foot-deep aquifer in the country’s Kaimanawa Ranges. The water contains a pH level between 7.8 and 8.2 and is packaged in single-serve 16.9-ounce bottles, multipacks and 1-liter bottles. The water soon will be available in 12-ounce cans. 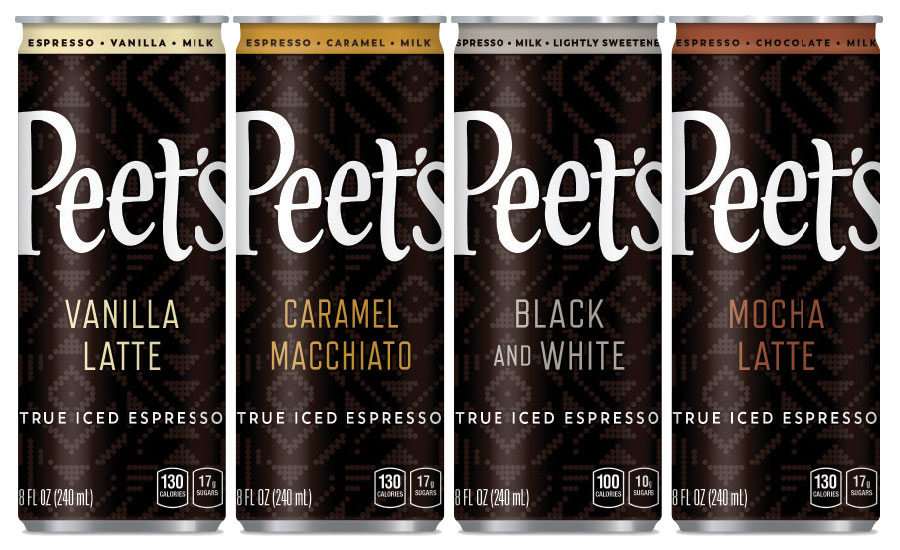 Peet’s Coffee, Emeryville, Calif., a division of Coldcraft, introduced several new ready-to-drink beverages at the tradeshow, including a shelf-stable, low-sugar-added Iced Espresso line packaged in 8-ounce slim cans in four flavors: Vanilla Latte, Carmel Macchiato, Mocha Latte and Black and White. The Peet’s cold-brew line added a new flavor, Nitro Baridi Black. The Stumptown line introduced Hair Bender Nitro Cold Brew to its line of single-serve coffee beverages. The companies also provided samples of revivekombucha, which is naturally fermented and brewed like a craft beer with yerba mate ginger as the base of its three flavors: Boogie Down, Wild Ginger and Free Ride.

Los Angeles-based Pique Tea Crystals featured its lineup of 10 organic tea crystals, which are designed to instantly dissolve in hot or cold water. Made from the whole teal leaf, the crystals contain the natural energy L-theanine and beneficial tea antioxidants, it says.

Proud Source Water, Boise, Idaho, highlighted its premium naturally alkaline available in 16- and 25.3-ounce resealable aluminum bottles. The waters have a 8.1 pH and are bottled at the source in the Northern Rocky Mountains, it says.

Dallas-based Purpose Tea debuted its unsweetened purple super teas at the tradeshow. Made from purple tea leaves, Purple Super Tea will launch this summer in three flavors: Mint to Be, Purple Reign and Lemon Bliss. In addition, the company launched its Direct Impact program, which commits 5 percent of sales to benefit female tea workers, it says.

Tempe, Ariz.-based Tea of a Kind introduced a new flavor, Raspberry Yerba Mate, to its line of antioxidant-based ready-to-drink (RTD) teas. The RTD teas also feature a patented, pressurized Vessl cap, which is designed to extend shelf-life and protect product freshness, it says.

Scottsdale, Ariz.-based truenopal highlighted its 100 percent all-natural cactus waters made with the fruit of the prickly pear. The non-GMO waters contain seven naturally occurring electrolytes and minerals and 18 calories in each serving.

VitrusNatura, Linares, Chile, showcased Bberri and Bsucus, its two lines of organic-certified, not-from-concentrate 100 percent juices in Blueberry Maqui and Grape Blueberry flavors. The USDA Organic juices contain no added sugar, artificial colors or additives and are made using an extraction process that preserves the high content of polyphenols in the berries, it says.

New York-based VOSS Water promoted its new line of flavored sparkling waters in Lemon Cucumber, Tangerine Lemongrass and Lemon Mint. Additionally, it highlighted an even stronger partnership with the independent, nonprofit Voss Foundation and its quest to provide clean water, sanitation and hygiene in Sub-Saharan Africa. In that regard, tradeshow attendees were able to enjoy a virtual 3-D experience of the company’s work to help residents build wells in the area and were also able to take a headset home.

In conjunction with Natural Products Expo West was the Engredea show. Below are some of the beverage highlights from the co-located tradeshow:

Fort Wayne, Ind.-based Artemis International promoted its range of superberry-based extracts, including elderberry, aroniaberry and cranberry. It highlighted elderberry’s proven success for use in the immunity, cold and flu arena. In addition, it marketed its branded line of Berryceuticals and the Power of Flavonoids, particularly anthocyanins, to drive positive end health benefits in foods, beverages and dietary supplements.

Cargill, Minneapolis, presented an infographic that states that 76 percent of consumers are seeking sugar reduction in their foods and beverages. The company highlighted several sugar-reduction solutions, including EverSweet, a next-generation, calorie-free sweetener, which provides great taste with up to a 100 percent sugar replacement. In March, EverSweet became commercially available.

Louisville, Ky.-based DDW featured its label-friendly Purple Corn Juice concentrate which provides a vibrant orange-red color in lower pH applications while the color shifts to pink-purple as the pH increases, it says. The company announced that an organic version of Purple Corn Juice will be launching in 2018.

FutureCeuticals, Momence, Ill., showcased its rebranded Coffeeberry Cascara powders, which are sourced from the 25 million tons of the coffee waste stream that typically would be discarded, the company says. The company also promoted Coffeeberry Energy, the company’s proprietary combination of organic whole coffee fruit caffeine and the native chlorogenic acids found within the whole fruit. The company also noted that its ingredient NeuroFactor, derived from whole coffee fruit, has been clinical proven to significantly increase levels of a key neuroprotein (BDNF) to provide natural support for brain health.

Cleveland-based Ganeden, in partnership with Kerry, Beloit, Wis., promoted the clinically proven probiotic ingredient GanedenBC30 Bacillus coagulans, a new ingredient in Kerry’s portfolio that is designed to promote immune and digestive health. They highlighted a list of about 50 companies and 375 products containing Ganeden BC30 that launched this year. In addition, Kerry marketed the functional benefits of Wellmune, a natural immune health ingredient for foods, beverages and supplements clinically proven to help improve general immune health, protect against stress and promote healthy energy levels and mental clarity.

Commerce, Calif.-based Gold Coast Ingredients showcased its color and flavor solutions for the food, beverage and nutraceutical markets. It also displayed its line of natural and organic colors in powder and liquid forms (water-soluble and oil-soluble).

Kerry, Beloit, Wis., released a white paper titled “Clean Label Consumer Segments” at the show. Based on the company’s proprietary research, Kerry has segmented consumers based on their clean-label need state, adoption and viewpoints on ingredients and nutrition. While similarities in clean-label opinions exist, there is no “one-size-fits-all” solution, the paper adds.

Short Hills, N.J.-based OmniActive Health Tecnologies Inc. announced the addition of a powdered form of Gingever 2.0 to its Gingever range. The new addition will expand the use of the application in capsules, tablets and beverages, it says. In addition, the company presented a solution for sugar reduction, OmniLean, to help reduce blood sugar spikes after a meal, curb feelings of hunger and support satiety.

Minneapolis-based Taiyo International Inc. highlighted several ingredients for the beverage industry. These include the soluble, dietary fiber Sunfiber made from the guar bean that has been self-affirmed GRAS and Non-GMO Project Verified; the Sunphenon series, including the Teavigo, a green tea extract with natural catechins; Suntheanine, which contains the company’s exclusive brand of L-theanine to promote mental relaxation and focus; and SunAmla, a superfruit produced by a water extraction of the Indian Gooseberry for use in beverages, powder drink mixes and dairy products.

TIC Gums, White Marsh, Md., in partnership with Ingredion, Westchester, Ill., introduced the Simplistica line of ingredient systems, which enables beverage-makers to optimize their formulation and label claim goals with a nutritionally and texturally sound product, it says. The portfolio now includes hydrocolloids, starches, plant proteins and sweeteners. The company offered samples of a coconut milk yogurt, which contained its Simplistica YG 3206 that leverages faba beans and stabilizers and 5 grams of protein to optimize vegan yogurt. BI