HiBall Energy designs can for women 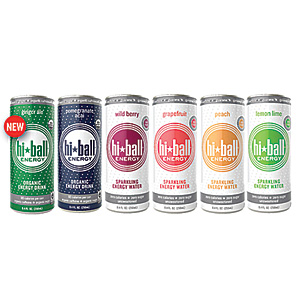 8.4-ounce cans from Ball Corp. “There are three main reasons for us to expand into the smaller 8.4-ounce can,” said Todd Berardi, founder and president of Hiball Energy, in a statement. “Consumer demand is our primary driver. Many of our female consumers asked us for a smaller size for a variety of reasons, including being easier to carry, wanting less to consume in a single sitting, and being able to fit Hiball in a purse without adding too much weight and space. We also received many requests from our on-premise food and corporate campus accounts for a smaller can that their on-the-go patrons could take with them at a lower price point. Lastly, the smaller cans also allow for more flexible single-serve and multi-serve four-pack display opportunities at key retailers.” Like Hiball’s 16-ounce offerings, the new 8.4-ounce cans feature Ball’s “cold activation” technology.