Corona Extra will debut on draft in test markets 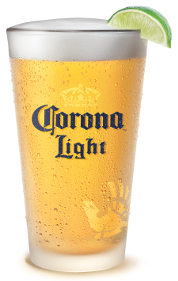 Crown Imports LLC, a Chicago-based division of Constellation Brands, announced that its Corona Light brand will expand on draft in more than 35 U.S. markets, and its Corona Extra brand will make its debut on draft in three test markets. Both beers will become available on draft in their new markets on March 10.

“By expanding Corona Light on draft nationally, we look forward to improving our overall draft business, which accounts for approximately 2 percent of our business,” said Jim Sabia, chief marketing officer for Crown Imports, the exclusive U.S. importer of Corona Light and Corona Extra, in a statement. “With draft beer accounting for approximately 10 percent of the industry as a whole, we’re excited about the growth opportunity with both Corona Light and Corona Extra on draft.”

The company expects Corona Light draft to continue its momentum following successful rollouts in key markets in 2012 and 2013, it says. Additionally, Corona Light draft is ideal for a variety of occasions and appeals to light beer drinkers who want a more premium experience, it adds. In previous rollout markets, the presence of Corona Light draft contributed to a brand trend that is 12 percent better than non-Corona Light draft markets, according to internal Crown depletions data year-to-date through Nov. 30, 2013.

Corona Extra draft will appeal to millennials and Hispanic consumers who have continued to identify with the brand, the company says. Crown Imports’ studies have shown that millennials tend to prefer beer on draft, making it important for the company to raise the brand’s presence in this channel. These studies also indicate that Hispanic consumers are looking for their favorite beer on draft, with 25 percent of them naming Corona Extra as their preferred beer, it adds.