Brewery Ommegang, a brand of Duvel Moortgat, released its second beer in a collection inspired by HBO’s “Game of Thrones” series. Take the Black Stout honors 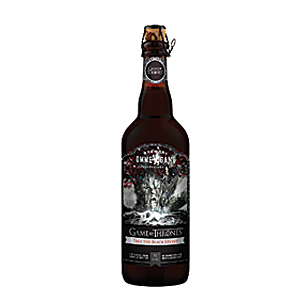 the show’s Men of the Night’s Watch, who protect the Seven Kingdoms from White Walkers and Wildlings who live beyond the Wall. The bottle’s label depicts a Weirwood Tree, where some of the Men of the Night’s Watch take their oaths to serve and protect. In response to the success of the first beer in the series, Iron Throne Ale, Brewery Ommegang doubled the volume for this new release.