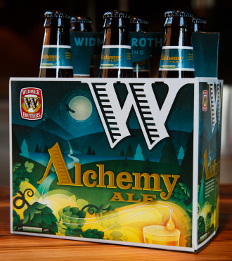 Widmer Brothers Brewing added Alchemy Ale to its year-round, core lineup. The beer features the company’s proprietary Alchemy hops blend, which is sourced from the Pacific Northwest and hand-selected by Widmer Brothers brewers each year. This hops blend is a key ingredient in all Widmer Brothers beers, the company says. Widmer Brothers Alchemy Ale contains 5.8 percent alcohol by volume and 40 International Bittering Units (IBUs). The beer is available on draft as well as in 12-packs, six-packs and 22-ounce bottles for $14.99, $8.99 and $2.99, respectively.