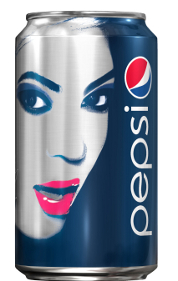 Pepsi, a brand of Purchase, N.Y.-based PepsiCo, announced a creative and wide-ranging global collaboration with musician Beyoncé. Together, the team will collaborate to develop new content and innovative ways to engage fans, consumers and retailers to benefit both the Pepsi brand and Beyoncé, the company says.

The following are examples of the multi-faceted collaboration with Beyoncé:
•    establishing the Creative Development Fund, a resource devoted to the co-creation of innovative and relevant consumer content.
•    collaborating on design. In addition to having her image on a can or bottle, she is working with Pepsi on the design of all materials related to the partnership.
•    Beyoncé starring in a new “Live for Now” global TV commercial, currently planned for release in early 2013.

As a brand ambassador, Beyoncé will appear in print and out-of-home advertisements for Pepsi. She also will be visible in-store and on-premise through materials such as shelf promotions, in-store displays and in-store advertising. Pepsi has had a relationship with Beyoncé for more than a decade — she first served as a Pepsi spokesperson in 2002.

The Beyoncé partnership is the lead example of how Pepsi is pioneering a new way for brands to engage with musical artists, moving from sponsor to partner, the company says. This creates a creative and commercial collaboration that serves both artist and brand, it adds.

Beyond its partnership with Beyoncé, Pepsi is using its global scale and scope to create a platform to support multiple country-specific Pepsi musical artists. Through its music program, the brand aims to excite its existing fans and attract new consumers to Pepsi, connecting their love of music with the experience of drinking Pepsi, and as a result, driving sales of Pepsi globally. Retail partners also are on board with this strategy because Pepsi has a proven record of promotions that drive store traffic and sales, it says.