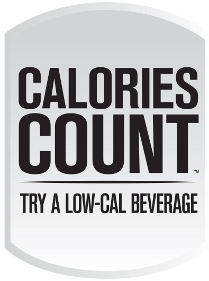 U.S. beverage-makers including Atlanta-based The Coca-Cola Co., Purchase, N.Y.-based PepsiCo and Plano, Texas-based Dr Pepper Snapple Group announced a new vending program that will launch in municipal buildings in Chicago and San Antonio in 2013. The new Calories Count Vending Program will provide clear calorie information on vending machines, encourage lower-calorie beverage choices and remind consumers that “calories count” in all of the choices they make, according to the American Beverage Association (ABA), Washington.

Under the Calories Count Vending Program, The Coca-Cola Co., Dr Pepper Snapple Group and PepsiCo will work with government leaders, foodservice operators, vending companies and other customers to increase availability of lower-calorie beverages in vending machines; display a “Calories Count” vending snipe on the front of beverage vending machines reminding consumers to consider calories in their beverage choices with messages such as “Check then Choose” and “Try a Low-Calorie Beverage”; and add calorie labels to the selection buttons on beverage vending machines to show calorie counts for each beverage container.

Along with this program, the ABA Foundation will fund a $5 million “wellness challenge” between Chicago and San Antonio to determine which city employees can be the healthiest and lose the most weight during the course of a year.

“Healthy people and healthy communities have always been a priority for Coca-Cola,” said Steve Cahillane, president and chief executive officer of Coca-Cola Refreshments, in a statement. “Our support of the Chicago and San Antonio wellness challenge and the new Calories Count Vending Program is another bold step in our efforts to help people understand the importance of energy balance. We believe partnerships like this — those which involve government, industry and civil society — can have a meaningful impact on the obesity issue. We applaud the cities of Chicago and San Antonio for joining us in this innovative initiative.”

Following the program’s launch in Chicago and San Antonio, it will launch nationwide in 2013.

In related news, PepsiCo began rolling out its Pepsi Interactive Vending machine pilot program in select locations, enabling consumers to buy, gift and play games with PepsiCo beverages. Nutritional information for the products sold in the Interactive Vending machine, as well as current PepsiCo beverages TV commercials and other video promotions, are available for on-demand viewing at each unit. Users also can charge their mobile devices while enjoying a PepsiCo beverage by plugging into specially designed AC power outlets and USB ports directly from the machine.

Further rollout and technology enhancement of Pepsi’s Interactive Vending machine currently is being considered and tested, the company says.