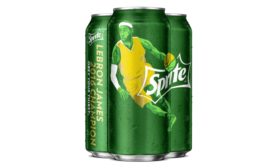 Sprite, a brand of Atlanta-based The Coca-Cola Co., announced it is launching a social media campaign called #DapTheKing to help fans salute LeBron James (also referred to as King James), after the basketball player and Cleveland Cavaliers won the 2016 NBA title, it says. 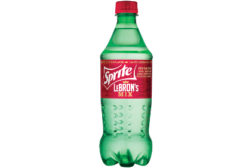 Following last year’s launch of Sprite 6 Mix by LeBron James, the brand of Atlanta-based The Coca-Cola Co. and the NBA superstar have given the limited-edition flavor a new look and a new name: Sprite LeBron’s Mix.

Sprite, a brand of Atlanta-based The Coca-Cola Co., launched a new video meant to inspire viewers and capture LeBron James’ return to his hometown of Akron, Ohio, from a new perspective. Directed by Jason Rosenberg of the Bandito Brothers, the video titled "The First Home Game," features James' on-the-court highlight footage as local fans share their anticipation for his first home-court appearance of the season. The video also features Imagine Dragons’ new single "I Bet My Life" as the background track. 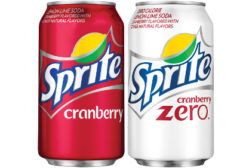 Holiday variety available through the end of the year
No Comments

Sprite, a brand of Atlanta-based The Coca-Cola Co., is bringing back its limited-edition Sprite Cranberry and Sprite Cranberry Zero holiday beverages in response to consumer requests. Both beverages will become available in late September and remain on shelves through the end of the year. 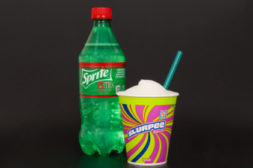 7-Eleven Inc., Dallas, added the new Sprite 6 Mix by LeBron James Slurpee to its lineup of frozen beverages lineup. Inspired by the limited-edition Sprite flavor developed between The Coca-Cola Co. and the NBA superstar, the new Slurpee also features the taste of traditional Sprite mixed with cherry and orange flavors, the company says. 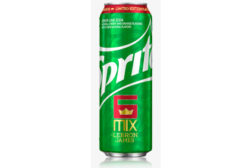 Atlanta-based The Coca-Cola Co. has joined forces with NBA superstar LeBron James to create a new, limited-edition Sprite flavor. Sprite 6 Mix by LeBron James combines the taste of Sprite with a splash of cherry and orange flavor, the company says. The flavor formulation, packaging graphics and product name for Sprite 6 Mix were co-developed with James to reflect his style and taste preferences, it says.

The Coca-Cola Co. introduced a new Sprite flavor for the first time in eight years.